Emmy Rossum was considered too glamorous for "Shameless" (Sunday, January 13 at 9 p.m. EST on Showtime). The actress revealed she was denied an audition by the show's producers in the new issue of "Manhattan" magazine. (Get an exclusive first look at the cover below).

“They didn’t want to see me; they wouldn’t even [let me] audition,” Rossum said of the "Shameless" producers. "They thought my image too glamorous, that I couldn’t not be pretty."

Rossum said she made a tape of herself as Fiona and sent it to the producers. "They watched it and I flew out the next day," she said. After three auditions, Rossum had the gig and told "Manhattan" she was so intrenched in the character that she shouted a slew of curse words when she got the news, “which only seemed to confirm [the producers'] decision."

See Rossum's "Manhattan" cover below and click here to see the digital issue. 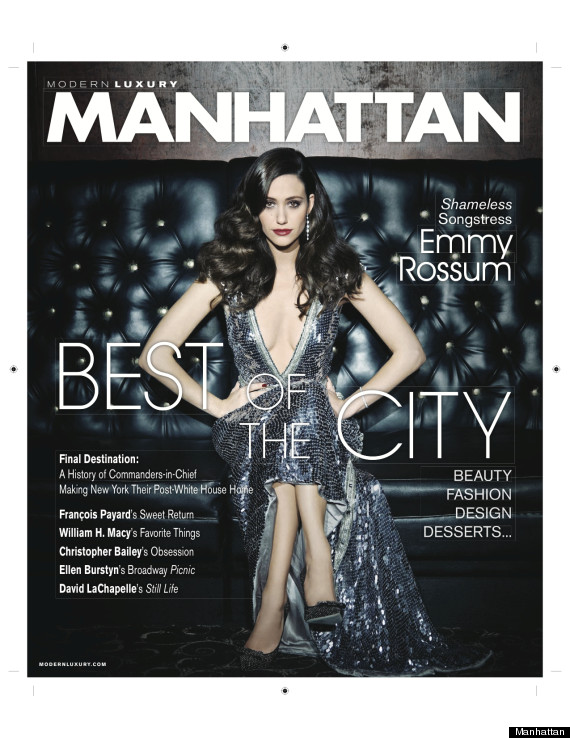 "Shameless" returns on Sunday, January 13 at 9 p.m. EST on Showtime.

Emmy Rossum: 'Shameless' Producers Thought I Was Too Glamorous
Midseason 2012-2013

1 / 48
"The Biggest Loser"
Returns Sunday, January 6 at 9 p.m. EST and moves to regular timeslot on Monday, January 7 at 8 p.m. EST on NBC <strong>What's Ahead</strong>: Jillian Michaels! She's back to help whip contestants into shape. Plus, for the first time, kids (ages 13-16) will be on the show along with 15 adult contestants.
NBC