They all took the stage, but only one took home the prize.

Amy Poehler got the party started, walking up on stage as her nomination was announced for Outstanding Actress in a Comedy. The rest of her fellow nominees followed suit, making for a formidable showing of women on stage that drew a standing ovation from the crowd.

The "Parks and Recreation" star told them all that everyone was a winner, but most important winner of them all was Melissa McCarthy, who earned her first Emmy... and flowers and a tiara.

"I'm from Plainfield, Ill., and I'm standing here, and it's kind of amazing," McCarthy reflected, crying (and apologizing for doing so). It may be a surprise win, but after her on-stage performance, few could quibble with it. 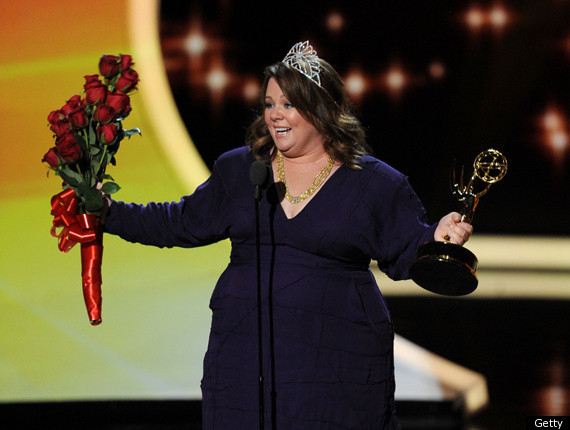