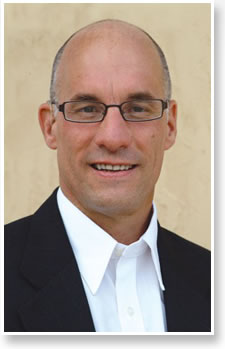 Recently, I had the pleasure of speaking with Stephen J. Hopson, transformational speaker and author. The cover and title of his book, Obstacle Illusions: Transforming Adversity Into Success, caught my eye. Born profoundly deaf, and a risk-taker, he's managed to accomplish a lot in his life so far. How did he do it? 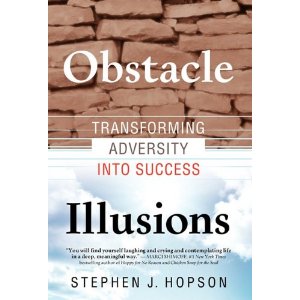 Mike Ragogna: Stephen, how did you come to write this book, Obstacle Illusions: Transforming Adversity Into Success, and what do you mean by obstacles being illusions?

Stephen J. Hopson: Well, Mike, this book has been in the making for the last 10 plus years. I began writing soon after quitting my lucrative 6-figure career on Wall Street. Eventually my writings morphed into a bunch of stories, a few of which were submitted and subsequently accepted for publication in books like Chicken Soup for the College Soul. That boosted my confidence and eventually I ended up with a manuscript for a book.

MR: You were born profoundly deaf. How did you learn to speak so well?

SJH: For about 20 years I've had speech therapy one-on-one with a speech therapist in school and during the earlier years in elementary school, with my mother. I was told by one of my reviewers that one of the most fascinating stories in the book was about how I learned how to speak and lip-read. I enjoyed spending time with my mom in the afternoons after school, looking through picture booklets and learning how to pronounce words. I'd spend one hour with the school speech therapist and then another hour or two with my mom after school.

MR: Early in the book you talk about how difficult it was being deaf and that you had a hard time dealing with it. Who or what helped you overcome this challenge?

SJH: One of the most powerful defining moments was when my fifth grade teacher said three simple inconsequential words that forever rocked my little world when I bravely raised my hand to answer a question she asked the class one day. That's when I realized I was smart after all and that I'd one day make a place for myself in this world. I still remember the incident as if it happened yesterday.

Despite that stupendous moment in her class, I still struggled with self-esteem and doubt. Eventually I "woke up" and realized that I was here for a very special purpose and that being deaf was not an accident. That's when I had another life-changing moment and everything began to make sense thereafter. How it happened is described in the book when I took a break from the hectic hustle and bustle of Wall Street and went south to Florida for a week. I had a spiritual revelation one morning on the beach. To put it simply, I realized the universe had spoken to me and told me in no uncertain terms that my destiny was not to be a stockbroker (more like a pit stop) but to be a transformational speaker and author. That's when I really "woke up."

MR: In your book you write about an experience that happened after you were transferred into a department at a major Wall Street bank that was run by an arrogant boss who ruled with an iron fist. You say he not only didn't know what to make of you, but also didn't treat you very well. Yet a year later, he did the unimaginable that sent heavy shock waves throughout the entire division where you worked. What happened?

SJH: This is a story about love. Not the kind of love most people think about but love in the sense that you perceive another person in an entirely different light. I was working for this man who was like Jekyll and Hyde. You never knew from one day to the next whom he was going to yell at. One day someone gave me Norman Vincent Peale's book, The Power of Positive Thinking and in particular, I was thunderstruck by chapter 12, which had to do with changing your perception.

I started to perceive this "tyrant of a man" in an entirely different light by visualizing him as a loving grandfather romping around the backyard with his grandchildren, which he lovingly spoke of whenever he was in a good mood. I did this every morning before going to work and within a year the man pulled me into his office and shocked me by telling me I was being promoted.

You have to realize the significance of this event by knowing he rarely promoted anyone! That's when the universe said to me, "Good job Stephen, you've learned your love lesson; it's time for you to move on." That's when a new job opportunity to work at financial giant Merrill Lynch opened up.

MR: You were an award-winning stockbroker in the early '90s. Tell us how you got hired and how you managed to succeed in the rough and tumble world of Wall Street.

SJH: After the incident with the arrogant bank boss was over, a friend mysteriously showed up (timing is everything!) and told me of an opening at the Fifth Avenue branch (next to The Trump Tower in NYC) for new stockbroker trainees. He arranged for me to meet with the VP of that branch.

It was a particularly difficult interview because not only did the 12 people I met with over a period of 2 or 3 months try to discourage me from coming on board, the VP didn't know whether I had it in me to succeed. On top of that, I was suffering mightily from a horrible hacking cough that simply refused to let up, but I was determined. I went through all of the interviews and then on the last day of the interview with the VP, I made a daring statement that took all of my courage to get hired. That's in the book. It forever changed the destiny of my business career.

MR: What made you decide to leave your six-figure career as a stockbroker? At that time you had no other job prospects. What where you thinking?

SJH: As I mentioned earlier, I had a spiritual revelation on the beach in Florida while on a short break from Wall Street. I heard a voice that was loud and clear and it told me that my destiny was to become a global transformational speaker and author. It was so strong that I had to pay attention and simply trust. Approximately six months after that "revelation," I walked out of the Merrill Lynch building carrying a box full of my belongings and said goodbye to my favorite security guard in the marble lobby.

MR: It says on the back cover of the book that you became the world's first deaf instrument-rated pilot in 2006. First of all, how can deaf pilots fly? And what is an instrument rating?

SJH: Deaf pilots have been flying since the late '40s. Most people don't know that because their flying experiences have largely consisted of flying commercial airlines in and out of tower-controlled airports. Out of 12,000 airports in this country, only 700 have towers. The rest of them do not. Therefore, deaf pilots (and pilots without radios--they still exist today!) simply follow commonly accepted protocol for takeoff, approach and landing procedures without the need to use the radio. They adopt a "look and see" approach.

An instrument rating is where you fly the airplane solely by reference to the instruments to tell you what the plane is doing (i.e. climbing, descending, turning and maintaining level flight). An instrument rating is needed during flight in inclement weather (i.e. flying through the clouds). The way I describe it to audiences is that it's like flying in a milk bottle where you have absolutely no visual reference. You're essentially flying blind. So I like to joke with them that I became the first blind and deaf pilot to be certified with an instrument rating. The FAA gave me a waiver, allowing me to fly with a required crew member whose job is to handle the radios and write in aviation shorthand on a dry erase board for me to decipher and make decisions as pilot-in-command.

MR: Your book also has exercises at the end of each chapter to help readers reflect in incidents in their own lives and help them look at them from another perspective. Can you give us another example of a lesson you learned?

SJH: I've learned so many lessons, but the one common thread throughout the entire book is that you've never ever made a mistake! Everything that happens happens for a reason and they're all learning experiences. If everyone adopted this attitude no one would be afraid to make a decision! They'd just do it, and if for some reason it didn't pan out, then they'd trust that it wasn't meant to be.

MR: What do you hope people will gain from reading your book?

SJH: When we make up our mind about something, we set the universe in motion. Forces beyond our ability to comprehend, far more subtle and complex than we could imagine, are engaged in a process, the dynamics of which the human race is just beginning to understand. In other words, make a firm decision and go for your dreams, you will be supported. Nothing happens by chance. Everything happens for a reason. Look for the good in everything. If you look hard enough you'll see healing taking place in there somewhere.

Don't force your hand--learn to stop being control freaks and surrender the final outcome. Trust that things will happen at the right time. Everything you need to achieve your dreams will be made available through divinely orchestrated events--the appearance of the right people, and other resources you may not have previously thought possible. In other words, trust the universe to guide and provide for you along your journey. Some people call this coincidence, others, synchronicity. Whatever you call it, it all stems from you. You create your reality. So why not go for what you really want.

Obstacle Illusions by Stephen J. Hopson is available on Amazon.com

Here are links to the book: