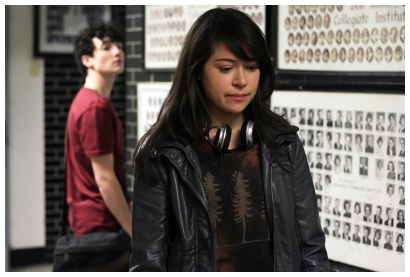 2013 is turning out to be quite the break-out year for actress Tatiana Maslany: Not six months into the thing, she's already got several notable roles to her name. Of course, most of them are on the BBC America series Orphan Black, where she plays multiple clones, all with very different personalities and all of whom find their senses of identity threatened by the discovery of each others' existence. In addition, she's extended her talents further by playing a rebellious high school student in the non-genre drama Picture Day, which recently debuted on VOD and home video.

We reached across the Atlantic by phone to catch Tatiana at a UK coffee bar, where she clued us in on what it takes to be one's own co-star, among other things. Click on the player button to hear the interview, or right-click the title to download.