Henney acknowledges that Wally is still a dangerous wild animal and could probably tear his arm off, but says he’s never been afraid of him. 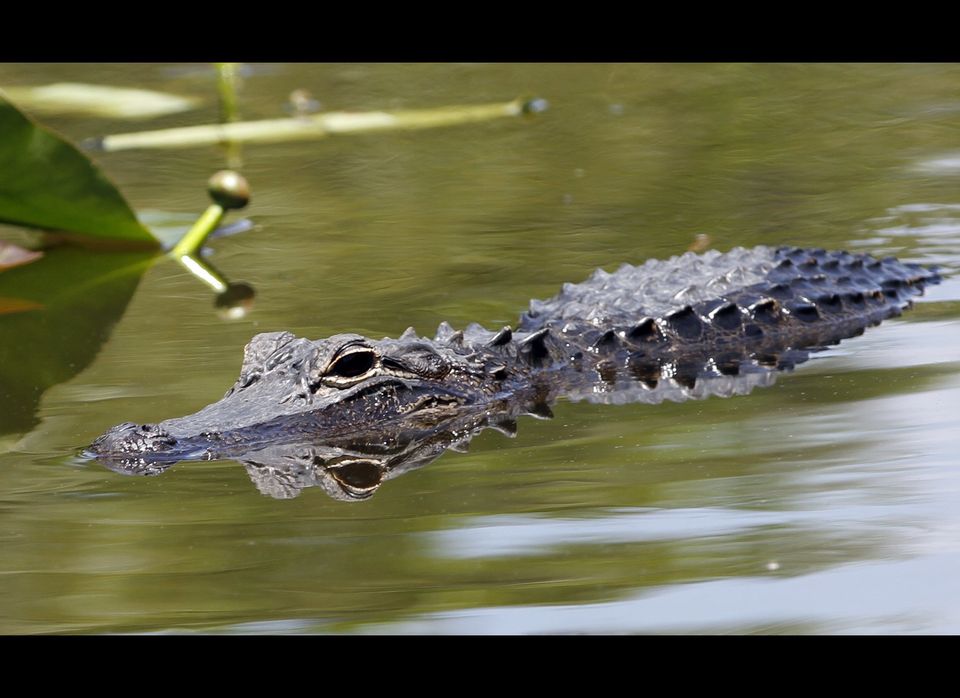 1 / 8
In Port Allen, LA, a man <a href="https://www.huffpost.com/entry/alligator-visits-louisian_0_n_1420218" target="_hplink">discovered a 6-foot-long alligator at a motel</a>. He was bitten when he tried to catch the alligator before Animal Control arrived.
AP