When a tragic event happens, we've changed from a nation of mourners to a nation of soldiers in foxholes. We're stunned by the first noise then dive for cover and peek above the rim and fire away, perhaps taking aim. Hurry! Which hole will be yours--the gorilla's, the parent's or the zookeeper's? 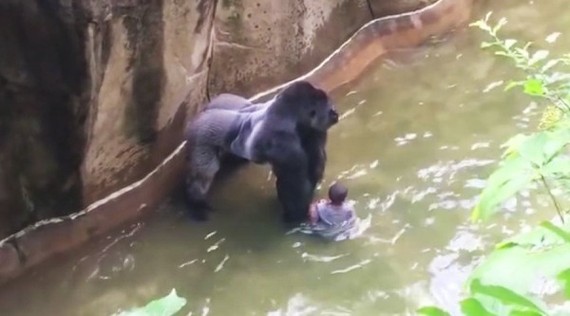 Gorillas don't kill people, the zoo does! Do the same people in favor of shooting the Cincinnati Zoo's gorilla support banning AR-15s? After all, neither is by default a man-killer, but, in the wrong circumstances they can be as deadly as a seven year-old driving your minivan. If you're in favor of keeping zoo patrons safe from the tigers, why should a semi-automatic weapon be able to be purchased legally by someone investigated by the FBI?

Sunday morning America woke to the news of the deadliest massacre in US history. If you took to Facebook like I did and expressed your sorrow and bewilderment, you might also have quickly been led down the path of choosing sides. 49 were dead; more than fifty wounded. It seemed enough to me to work through the shock confronting thousands of relatives, friends, co-workers and neighbors. 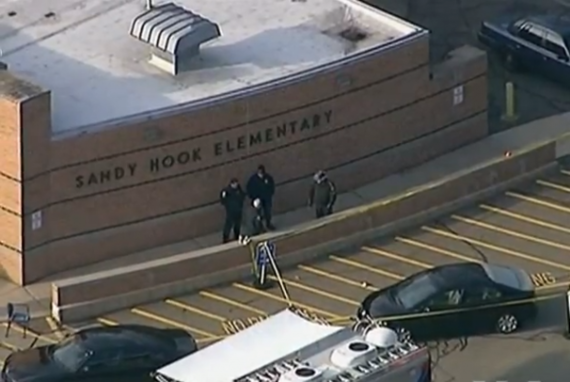 After President Obama delivered his fifteenth post-massacre statement, I added my confusion over our nation's lax gun laws and underfunded mental health programs. I felt certain that Sandy Hook would have at least provided the catalyst for change--that first-graders with 20 bullets in them would convince an angry nation that enough was enough. Sure enough, within minutes two people who never write anything else to me on Facebook, took the predictable path of immediately defending the Second Amendment--both ignoring my mental health clause. It was so immediately clear to both of them who was at fault and, far more importantly, who wasn't at fault.

America has developed an unbelievable amnesia capable of erasing in just two weeks a Kalamazoo Uber driver who guns down innocent people between fares. These bi-weekly slaughters soon feel as distant as the New Deal, the shockwave of Columbine more like Lewis and Clark. 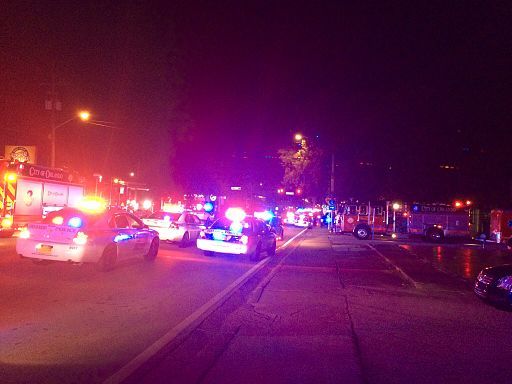 By City of Orlando Police Department

And two days later, just miles away from Orlando's Pulse nightclub, a two year-old is dragged into a lagoon by an alligator. The immediate finger points "Where were the parents?" cutting short the empathy and sense of loss we really ought to feel. When it was discovered that the parent actually fought the gator, we have our next finger ready to extended, "Well, they should have held on tighter--or been packing a weapon!"

Nineteen years ago, seemingly yesterday, my wife and I looked up then quickly down to discover we had somehow lost our own two year-old at a high school tailgate. Moments later he was at the top of the bleachers waving down at us before my student Jessica rescued him as we sat frozen, ready for him to fall to his death. 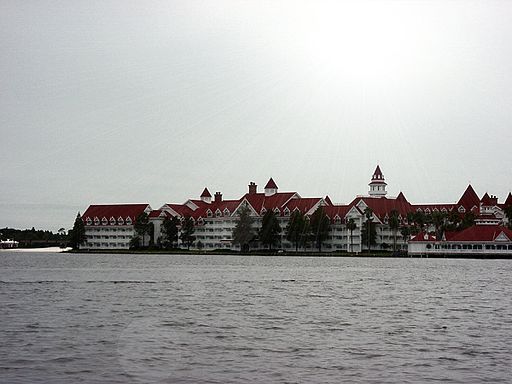 Like the nightclub shooting, I can't begin to imagine the horror of these Nebraskan parents on their family's dream trip to Disney World. It's a terrifying thought that must cross every parent's mind daily this generation--if you can't go to a shopping center, a movie theatre, a dance club or a Christmas party, where can you go--besides into the pit of despair.

Given the choice between a child dying or an endangered gorilla, sadly, the question cannot even be a question. But the blaming can certainly be explosive and occupy all of our time on social media and beyond.

The assassin's confusing series of 911 calls and it's an ISIS plot, 24 hours ahead of compelling evidence of mental illness, spousal abuse and what could be the killer's own struggles with his sexuality.

Facebook, Twitter, cable news and talk radio gives us about three minutes for serious discussion--lost between the poles of "It's too soon to talk about it" and "Look, we can't dwell on the past--we just have to look forward."

And if we stay quaking in our foxholes and never look above except to fire at the unseen enemy, how can we really go anywhere but down?