About 10 years ago, I had a close friend who was suffering from bipolar disorder.

She was someone who was generally outgoing, optimistic, and cheerful. But from time to time, she would suddenly become depressed, pessimistic, and sometimes even suicidal.

I really wanted to help her.

I had always prided myself as a problem-solver, and I didn't see why I couldn't solve this problem. I felt it was the least I could do for her, as a friend.

I started out by browsing websites, then reading books and articles, until I eventually found myself at a local support group, looking for advice. There, I met a psychiatrist, who told me that the most I could do as a friend was to try and empathize with her.

When I asked the psychiatrist how one empathizes with an other, she told me that if she should become depressed again, I should sit down with her and listen to her closely. Then when I felt as if I had a good understanding of how she was feeling and why, I should express that understanding back to her. And if my understanding turned out to be correct, she would feel understood, and that should be enough to make her feel better. It sounded so simple that I couldn't believe that's all I had to do. 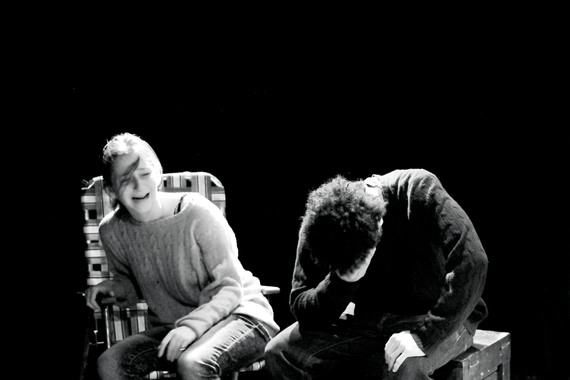 What I quickly learned was that empathizing with her was a lot more difficult than I thought. The whole time, as I tried to listen to her, she kept yelling, screaming, and bawling, telling me that I did not understand.

Wrapped up in chaos and noise, all I could do was guess how she was feeling and why, over and over and over again... hoping... I would eventually get it right. But before long, I had run out of ideas.

Nearly half an hour had passed by. I was still unable to figure out what it was that I was missing. But as I sat there with all my energy drained, something occurred to me. I began to suspect that maybe something I had said to her earlier in the day had something to do with her feeling the way she was feeling now. So I told her that.

And like magic... her screaming and yelling subsided as she sat there quietly sobbing.

What I realized at that moment was that everything I had been telling her up to that point was framed in such a way that it was all her fault. And I had nothing to do with it. I saw her as a problem to be solved, and myself as a problem solver. I had assumed, unconsciously, that the problem solver could not possibly be part of the problem.

In fact, I even started off thinking I already knew the solution. It was really simple:

I thought, if I can only explain this to her clearly, if I could just logically convince her to adopt this wonderfully simple solution, she would stop being so negative, and finally come to her senses.

But, it turns out... I had misunderstood.

The solution to the problem wasn't a matter of selling her on my ideas. It was coming to realize my own assumptions, my implicit role-playing, my unawareness of my own prejudice. I was part of the problem. If anyone had to come to their senses, it was me. It was me who was preventing myself from being able to empathize with her.

What was truly remarkable about this realization was that once I realized this, all I had to do was muster up the courage to express this understanding honestly. And just like that, I ended up with a story that was completely unexpected, yet so simple, so obvious, and so perfectly logical -- albeit in hindsight. A story I couldn't understand why I hadn't thought of in the first place. One that made me think, "No wonder she was feeling the way she was." A story that not only resonated with her, but also myself.

Then something even more surprising happened.

I was stunned. Never once, did I think that I could be thanked for listening to someone and expressing back my understanding. This was an event that forever planted the meaning of realizing empathy deep within every inch of my body. It changed my understanding of what it means to understand, and also what it means to be a friend. I will never forget the experience of hearing those two simple words "thank you," making their way through her tears, in that barely audible voice.

The Confusion Around Empathy

When people hear the above story, many think the primary insight is in how empathizing helps other people feel better: that empathy is relevant exclusively in the realm of providing health and wellness for others.

This is not the case.

Deeply embedded in the above story, and what I have learned from my research, is that there is significant value to be had by the very people who practice empathy, and in domains beyond health and wellness.

When I peruse the mainstream media, I hear the word "empathy" being used very often. Needless to say, it's become a major buzzword. Yet, there seem to be more confusion around the word than ever. So much so that, neuroscientist Daniel Batson wrote in The Social Neuroscience of Empathy that there are eight different ways people use the word.

Eight! Can you believe that? Sheesh...

To make it worse, people are using the word to tell other people what to do -- e.g., "You should be more empathic!" -- or to blame them -- e.g., "You're horrible. You lack empathy!" Ironically, this is precisely what empathy is not about.

What I wish to do through this three-part series is to share a glimpse into the research work I've been doing for the past five years around the intersection of empathy, growth, and innovation, to clarify our misunderstandings surrounding what empathy is and to challenge our preconceived notions of why it is valuable.

To join the community for the project, please visit us at
fb.com/realizempathy

Irony is when we judge others as lacking empathy.