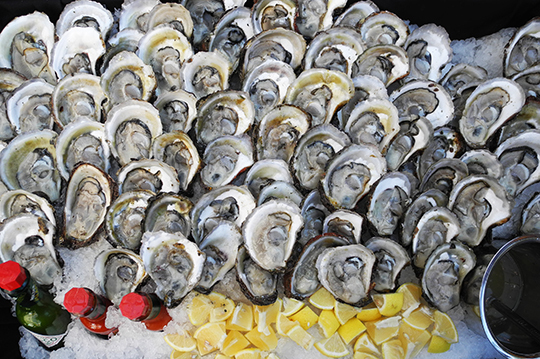 Last weekend I was invited to the Empire Oyster event at the Maritime Hotel - a hedonistic feast of all you can eat oysters for New York's Oyster Week. The event was hosted by Thrillist, and featured restaurants such as the BLT Fish Shack, The Blue Water Grill, Crave Fishbar, Soju Haus, The Liberty NYC, and The Monarch Room. 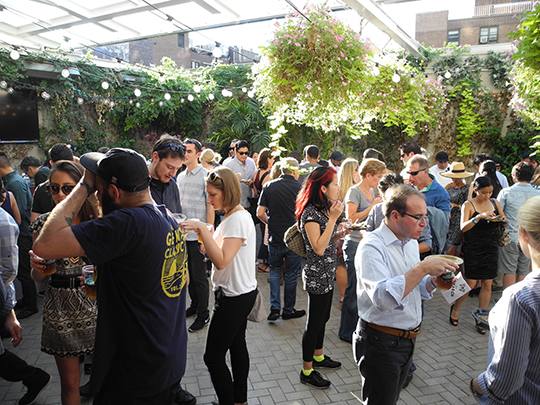 Let me first say, this event was really impressive. Not only were there 20 different oyster stations 10 raw and 10 oyster dishes, but there were two bars with unlimited wine, cocktails, and Blue Point beers, live music, and t-shirts for guests with hilarious slogans such as "I'm Not a Player I Just Shuck A Lot", and "Shuck Me, Beautiful". 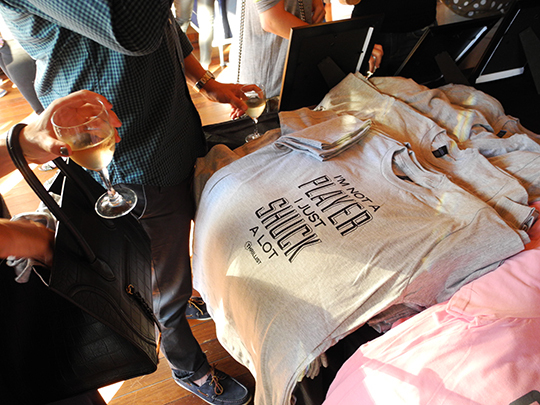 Blue Point Brewing Company had a few different beer options, but my favorite was the Blue Point Oyster Stout made with 5 pounds of oyster shells, and 2 pounds of sea salt per batch. It was perfect pairing with many different kinds of oysters, briny and sweet. 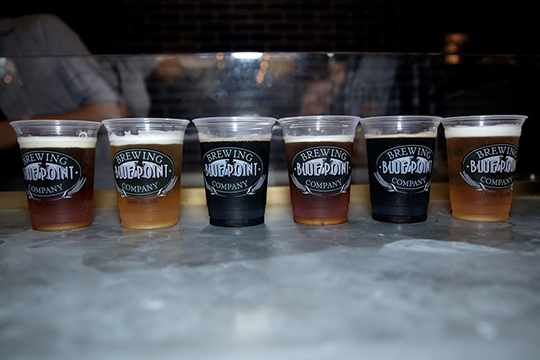 Most impressive of all was the amount of oysters shucked for the event. Some oyster farmers told me they shucked 500, and some estimated over 1,000! I'm just guessing here, but over 10 raw bars, there were over 7,500 oysters shucked and slurped during the afternoon! I was amazed that the oysters never ran out - the shuckers kept shucking until the very end of the event! 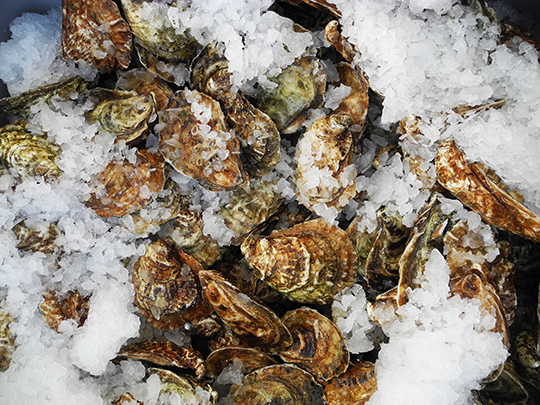 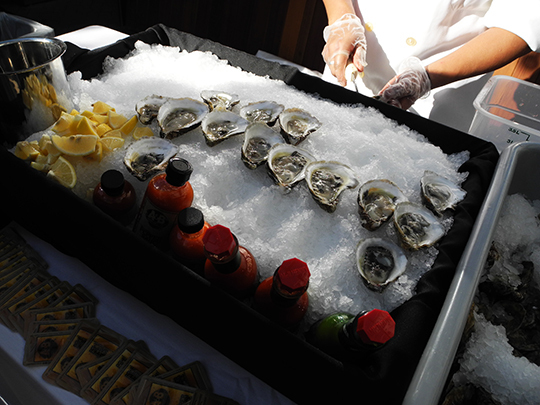 All of the raw oysters were delicious and were amazingly fresh - highlights included the Oyster Ponds from Orient, New York, Peter Russo's oysters from Mattunuck, Rhode Island, and the Fishers Island oyster. My favorite oyster of the day was the Black Point Oyster from Nova Scotia Canada, a very large oyster that had the freshness and the brininess of its smaller cousins. 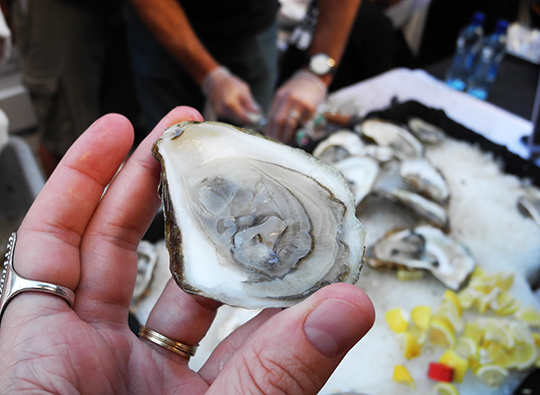 My favorite oyster dishes were the Pickled Oyster prepared by The Monarch Room, a pickled oyster served with Smoked Celery Root and Serrano Chiles on a Plymouth Rock Oyster from Massachusetts, The Crispy Smoked Oyster Taco by the L&W Oyster Co made with apple-jicama slaw and a roasted garlic aoli served with a Barcat Oyster from Rapahonak River, Virginia, and the Gool-Moo-Chim a fresh Blue Point Oyster topped with Kimchi, and the Aguachile de Ostion by the El Paso Mexican Restaurant, prepared with mango, Cucumber, Celery and Serrano Chiles. Each dish was wildly different, and highlighted flavor of the oyster itself. 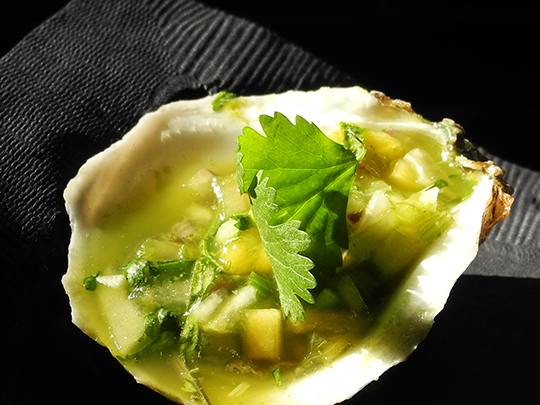 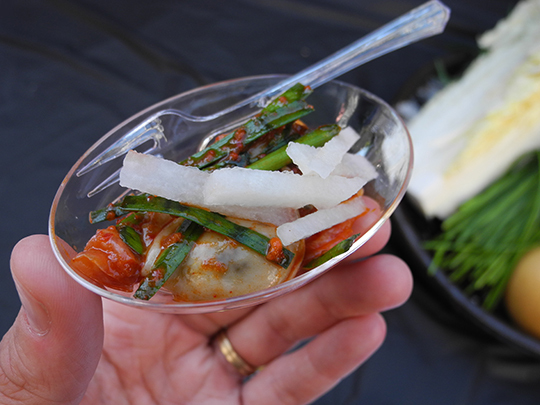 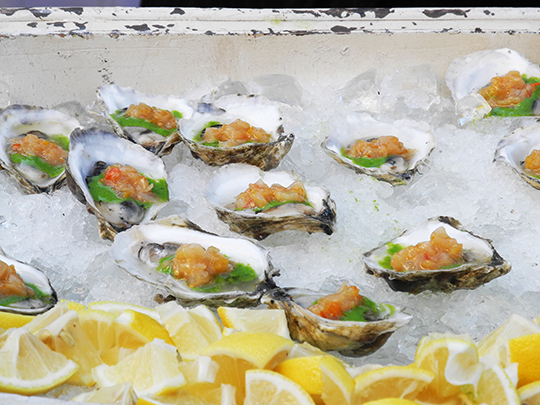 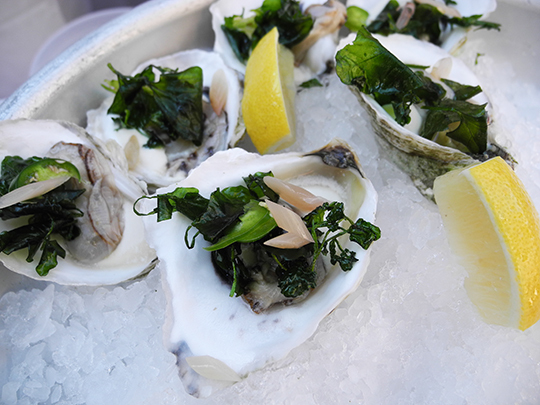 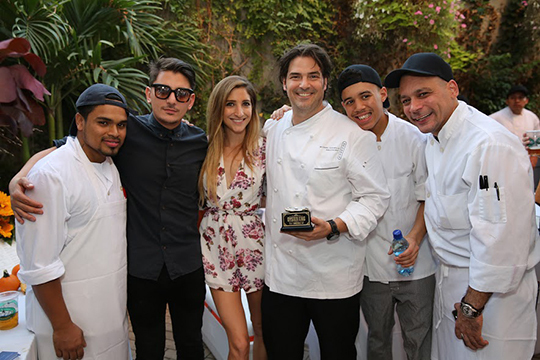 The Monarch Room for the Win - Photo via Thrillist 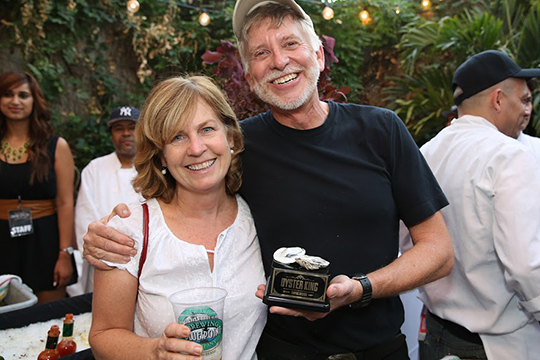 I estimate that I ate maybe 50 oysters, maybe more. The only thing I regret is that I didn't slurp down more, after all, it's a long wait until next year's Empire Oyster! 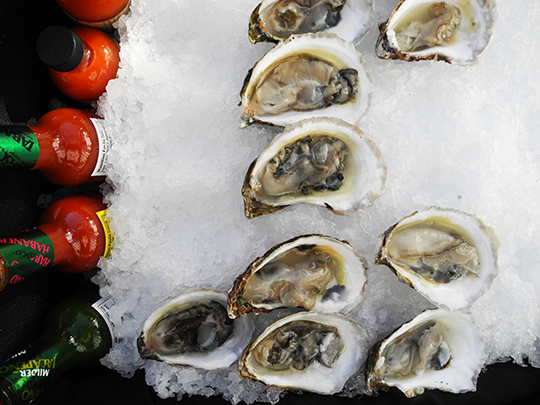