"Empire" ended its tremendous first season on Wednesday night with a two-hour finale, featuring guest performances from Snoop Dogg, Rita Ora, Jennifer Hudson and Patti LaBelle. It was over-the-top, gaudy and quite literally, jaw-dropping, portraying murder, betrayal and one very dangerous pillow. Critics were skeptical if the show's non-stop momentum could maintain itself through the very end and set up a believable second season. Well, it did. Here's what went down on the "Empire" Season 1 finale. (Spoilers ahead, of course.)

Cookie goes to a cabin and sleeps with Malcolm.

Hell yeah, this was overdue. He also reveals that Camilla never took the money Lucious offered her to leave Hakeem.

Hakeem dissed Lucious on stage... so Lucious punched him. 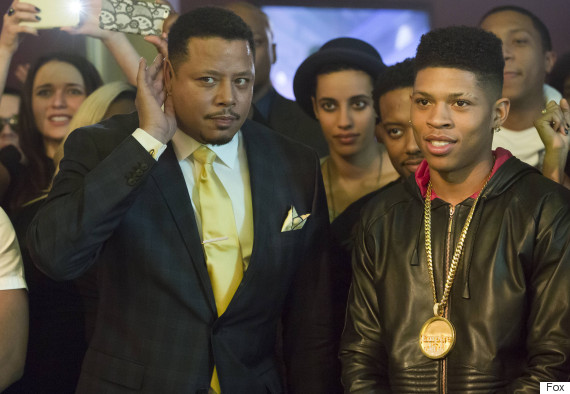 After an entire season of favoritism, Hakeem is no longer Lucious' golden boy. He says he's going to leave Empire and take his rising stock with him. He gets kocked out.

Lucious kicks Cookie out of Empire after sleeping with Malcolm.

Malcolm asks Cookie to move with him to Washington, D.C. She declines, because she's Queen Cookie and still has work to do. Goodbye, Malcolm.

Andre tells Lucious to find a new CFO because he found God while working with his music therapist Michelle (Jennifer Hudson). "There's no higher purpose than making music," Lucious says. "That's the voice of God." Later, when Lucious goes to church with Andre he tells Michelle he wants to make a gospel record with him. "My father is the devil," Andre tells her. "And you just spread your legs for him."

Lucious tells Jamal that he's the future of Empire. "I just need to know you've got that monster in you that does what he has to do." Lucious needs Jamal's help in writing a song for the tribute concert, and what follows is a touching scene, interspersed with flashbacks of Lucious murdering a man years ago. It's the most time we've ever seen these characters spend together, but there's no way this can end well for Jamal. 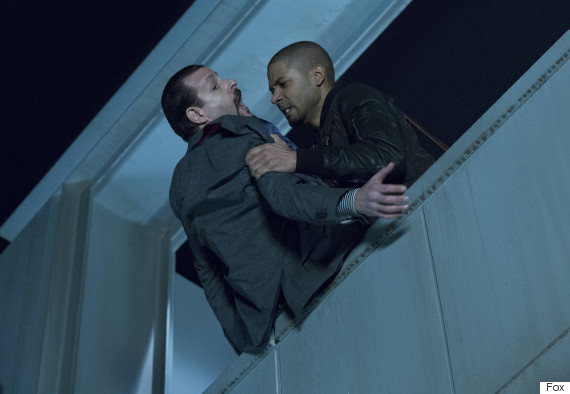 Jamal gets word that Hakeem may sign with Beretti, and with orders from his father, he threatens Beretti and dips him over the balcony. He gets Beretti to sign over all the masterings to Lucious' music. (See? Not a good look for Jamal.) 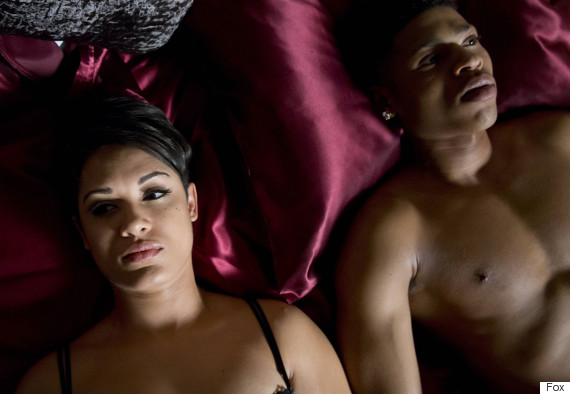 Surprise! Lucious has Myasthenia gravis, not ALS. He kicks his doctor out of the house, realizes he's not going to die just yet and makes this horrifying laughing face. We're all in trouble.

After understanding his illness, Lucious presents his family with gifts. He gives Hakeem wings, a symbol of freedom. "It was wrong for me to try to control you," he says. To Andre, he gives the Lion of Judah. "I was just trying to break your faith like it had been done to me, and that was wrong." He says he'll give Andre $100 million to start the Lyon Foundation. Jamal gets Empire.

Hopped up on pain meds, Lucious admits to Cookie he killed Bunkie, and Cookie tries to smothers him with a pillow. She's later caught on camera and Lucious uses the security footage to kick her out of Empire ... again.

But have to work together if they want to execute a hostile takeover.

Hakeem, Andre, Cookie and Anika try to get Empire back by launching a hostile takeover. They make a deal with gazillionaire Tony Trichter and agree to sign his grandson, a garbage rapper. Cookie's side eye says it all. 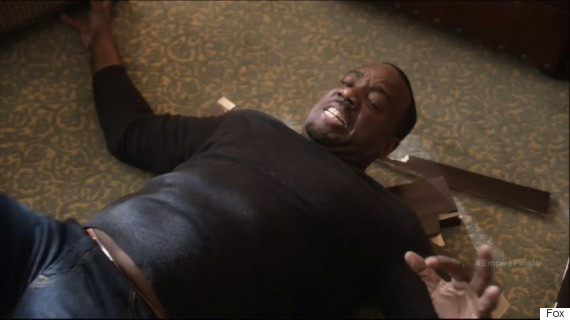 In a completely bonkers scene, Andre and Vernon beat each other up in Andre's living room. Rhonda walks in, hits Vernon over the head and seems to save Andre. Vernon lies in a pool of blood, and Rhonda says they shouldn't call the cops because she's pregnant. Needless to say, Vernon doesn't show up to ring the bell at the New York Stock Exchange.

Cookie refused to testify against Lucious, but he's still arrested just before his comeback concert. "Do our song," Lucious tells Jamal. We find out Vernon was the FBI's star witness, but since he's, uh, dead, things could get complicated when it comes to the second season's inevitable investigation.