Social media managers are beginning to understand that employees are influencers and brand advocates. As Advertising Age recently noted, "The entire industry is looking at how to get content into people's social media streams." PR giant Edelman has entered a strategic partnership with Dynamic Signal, which measures engagement.

The goal is to track how social media communication value can be observed through specific results from employee content posts. The data suggest that company employees are trusted more than leaders as sources for information that customers want. 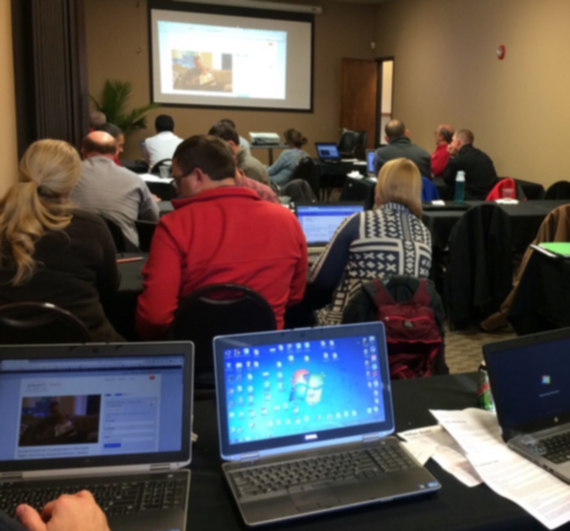 While the size of reach for social media content remains important, an emerging marketing perspective is that strategy should focus upon network structure and key influencers. A Harvard Business Review article, for example, suggests that a "handful of influencers" may "give the impression that everyone is talking about your brand." The so-called "majority illusion" may make "some ideas, behaviors, or attributes appear widespread." Not unlike what public opinion researchers have called "pluralistic ignorance," people may fall into a group because they incorrectly perceive it to be the majority. At the same time, we may become aware of key influencers within specific topics and contexts.

Social network analysis on platforms such as Twitter allow us to visualize the structural nature of influence. It is not always the case that the accounts with the most followers seem to wield the greatest influence. Likewise, the influencers may not be those who traditionally were atop an organizational chart.

Marketing strategist Jennifer Neely is right when she focuses on the context of big data:

I tend to describe the business value as 'contextual intelligence which we're able to extract through big data dives. Context is what drives better quality messaging and content output that will resonate with your audience... we're able to easily identify key influencers for a brand name and/or based on specific search terms.

Another approach is to group company employees. In recent research, we have been tracking 82 Omaha local television news Twitter accounts for the top three stations in the market. The top rated station, for example, has 31 active accounts - the official station Twitter handle and 30 employees at various levels within the organization. Some TV news anchors are among the most influential, but this is not always the case. Even an entry-level employee may sometimes be among the most influential on a specific, salient community topic.

The social network analysis methodology allows us to also track employee performance compared to competitors. In this analysis, accounts also may appear on top lists of replied to and mentioned Twitter handles. These measures are likely much more important than which accounts are the top tweets - those tweeting often to the large numbers of followers. In short, noise does not equal social influence.

Consider a specific strategic goal of a TV station, such as driving traffic from social media to a website that is monetizing through advertisements. Tagging an official station Twitter account in a tweet would be much less important than including web story links to news, sports or weather pages.

Likewise, hashtags may be used strategically or not. An official branded hashtag may be more central to social media strategy than use of a currently popular one. On the other hand, if the goal is to expand the community, then engagement with a trending hashtag could produce a positive result.

While it is tempting to focus on the size of message reach, the lesson of electronic word-of-mouth (eWOM) research is that meaningful engagement is more important. Each one of your employees has her or his personal network of trusted friends, peers, colleagues and associates. When an employee is positive about your brand, those within the social network take notice.

This raises some legal and ethical concerns. Organic employee social media conversation may be positive, but there are issues about forcing employees to post, offering incentives for leveraging their networks, and using sophisticated monitoring of social channels to evaluate performance. While a social media community manager is paid based upon job description, other employees have rights when not on the job. There is not much case law in this area, but expect future conflict between social media branding and employee autonomy and privacy within a personal social network. Influence is best thought of as earned, authentic and transparent social media communication and not yet another form of obscured paid messaging and marketing.