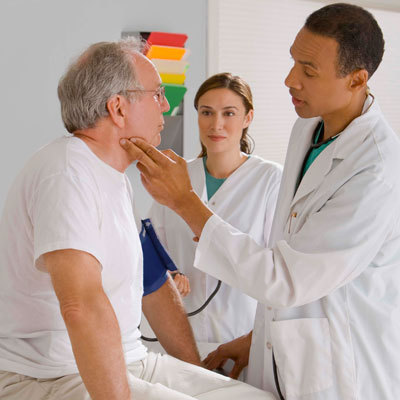 Federal unions always have been active partners in improving the Department of Veterans Affairs and addressing problems as they arise. Contrary to what many in the conservative media have desperately suggested in recent days, unions are not the reason why the VA is facing a crisis over delays in providing health care to our nation's war heroes. In fact, unions are the solution.

The anti-government naysayers conveniently place the blame on officials from the American Federation of Government Employees and other unions, making outrageous and unsubstantiated claims alleging complicity in veterans' deaths. This is an insult of the highest order, and one that cannot go unanswered.

What they and other critics of labor unions fail to realize, or refuse to acknowledge, is that the union fights not just for employees' interests but for the well-being of the men and women our employees serve. In fact, the nation wouldn't even know these problems existed if it wasn't for front-line employees and union representatives stepping forward to blow the whistle.

AFGE union officers and unionized employees have been speaking out for years about the management and performance failings that have only now entered the public's consciousness. Unions are not the problem; neither are the hardworking and dedicated doctors, nurses and support staff who are providing world-class care to our nation's veterans and family members.

We were at the table in the 1990s, providing our expertise on electronic health care records, bar code medications, and other patient safety advancements that helped transform the VA into the premier health care provider it is today.

AFGE members are the critical eyes and ears on the ground at VA medical centers. Day in and day out, we share with lawmakers and veterans' groups the harsh effects of underfunding that limit the VA's ability to adequately care for our nation's veterans and their loved ones. AFGE and veterans' groups worked hand-in-hand to secure advance appropriations for the VA health care system so medical centers would have more stable and adequate funding. Unfortunately, thanks to lawmakers playing austerity politics with veterans, the VA is facing a $2 billion budget shortfall next year. That is certainly not the union's fault.

We are the ones who witness the impact of performance measures that tie executive bonuses to how many patients can be moved through the queue, rather than on the quality of care those patients receive. It was these unrealistic performance goals that prompted some managers to game the system to show compliance and secure bonuses. This, again, was not the union's fault -- in fact, union activists are the ones who brought this situation to the light of day.

We are the ones who are protecting employees from intimidation and retaliation for speaking out about these problems. For years, AFGE members have blown the whistle on outbreaks of disease, critical understaffing, and management malfeasance -- only to be met with swift management retaliation. Without union officials on the job to represent these brave employees, no one would dare risk their careers by coming forward.

Management threats of privacy violations chill many employees from coming forward about specific patient care concerns, so union officials are the only secure channel for reporting safety and health issues. Veterans are safer with union watchdogs at the ready.

In February 2013, AFGE local president Kathleen Dahl testified before the House Committee on Veterans Affairs regarding a deadly outbreak of Legionnaires' disease at the Pittsburgh VA Healthcare System and the subsequent cover-up by management officials. Prior to the hearing, however, Dahl was intimidated by a VA manager and told that she could "call in sick" instead of testifying.

In 2011, Dr. Michelle Washington, a union activist with AFGE Local 342, testified before the Senate on issues of inadequate staffing, patient access to specialized care, prolonged wait times, and appointment data manipulation at the Wilmington VA Medical Center. Dr. Washington faced retaliation for her testimony, including having some of her duties as a psychologist removed and receiving negative marks on her performance evaluation.

Today, AFGE members are being intimidated to keep quiet by the very managers who manipulated performance goals to ensure they received their bonuses. Meanwhile, the consequences of staffing shortages are swept under the carpet.

Luckily, AFGE is there to help protect employees who have been retaliated against for speaking out and to serve as a voice for employees and veterans. We advocate for additional funding for VA programs and services, lobby for legislation to enhance whistleblower protections, and aid congressional oversight of the department.

Of course our members do far more than keep VA management honest. They are the dedicated health care professionals who work face to face with veterans every day. When a veteran loses a leg in battle, our members are there for the months of rehabilitation and physical therapy needed to get him walking again. When warriors return from battle with scars invisible to the eye, VA psychiatrists help them to integrate back into the civilian world and their families. When veterans of past conflicts take their final breath, it is often a VA nurse or doctor holding their hand and wishing them farewell.

It is the passion of these patriotic employees that makes the VA such a special system, and one worth fighting for. As I discussed in my previous column, the key challenges facing the VA health care system are chronic understaffing of physicians and other front-line providers, lack of resources for building and maintaining needed medical facilities, and a flawed performance system that focuses on moving patients through the door rather than improving their quality of care.

We must encourage employees to speak out about these problems, and to protect them when they do. If we silence their voices, our veterans will be the ones who pay the ultimate price.

J. David Cox Sr. is national president of the American Federation of Government Employees, which represents more than 670,000 federal and D.C. government employees nationwide, including more than 210,000 in the Department of Veterans Affairs