"The search for a better world is one of the oldest and most important of all instincts."

For Birgitta Ohlsson, Sweden's Minister for European Union Affairs, this quote by philosopher Karl Popper defines the daily drive she feels in her professional and personal life.

"I'm an activist at heart. Balancing being a minister and an activist is a challenge every day." 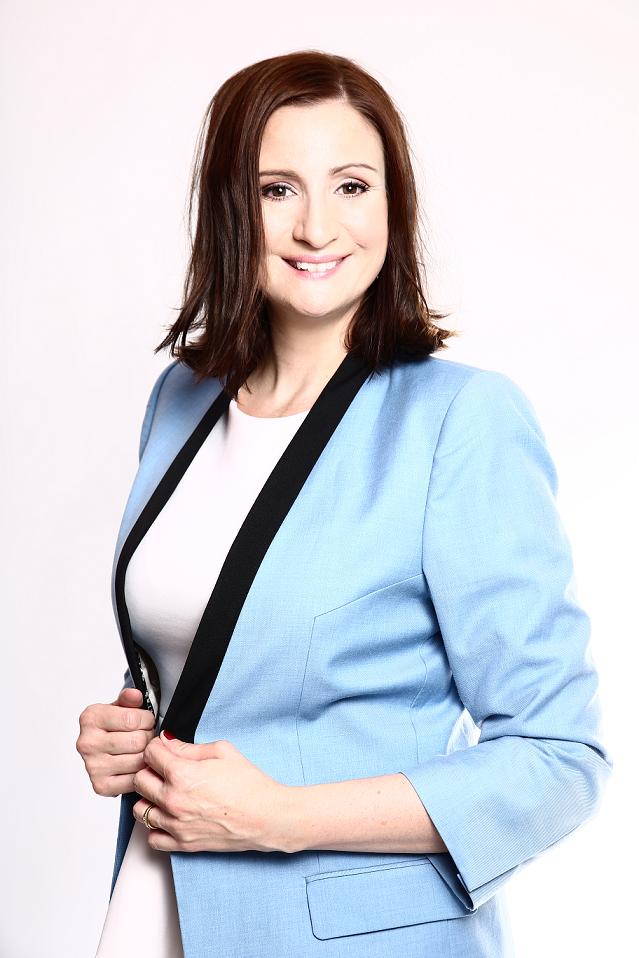 Add to that being the mother of a three-year-old daughter and wife to a husband who is a lecturer of international law at Stockholm University. Her family motivates her to fight for social justice and human dignity. Citing Malala Yousafzai as a personal heroine, Ohlsson explained that as a feminist and a mother it's important to continue paving the way so each generation -- especially young girls -- will enjoy a better future.

The value of giving back and creating a better world together is one that the United States shares with Sweden. This fact was powerfully underscored on September 4, 2013 when President Barack Obama made an unprecedented and historic first official visit to Sweden.

Ohlsson was part of a group of female ministers who saw the president off on the tarmac as he ascended the stairs of Air Force One. According to Ohlsson, most Swedes were thrilled to have the president in Stockholm. What did it feel like to meet President Obama?

"I was part of an all-female delegation of ministers seeing him off and he remarked that this sends a very strong message. I said that "This is a feminist government," and he gave us the thumbs up! There are in fact more women than men in the Swedish government, and this is something we're very proud to show off."

Women's empowerment is an important aspect of Ohlsson's work in campaigning for human rights and democracy within the European Union.

"Cash is queen," Ohlsson said. Empowering women economically through increased labor force participation, entrepreneurship and a seat at the decision-making table is critical for democracy and security.

"It's an absolute outrage that there are no women on the board of the powerful European Central Bank. European women do not fully participate in the labor market and this is unsustainable. We cannot afford to have the world's most well-educated housewives!" 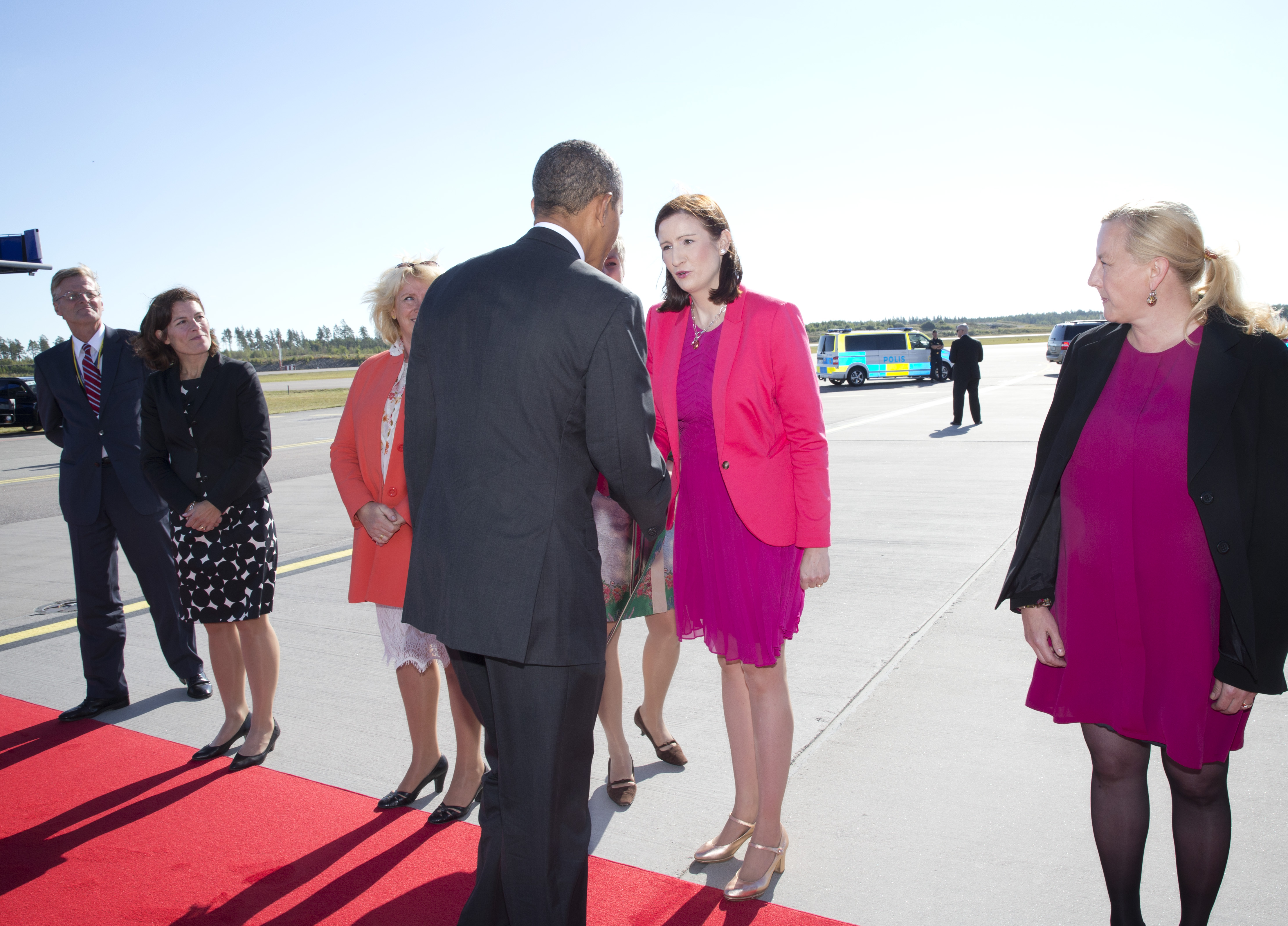 In the interview below -- the sixth in a series I'm doing on female leadership in The Huffington Post -- Ohlsson discussed ways to work on the challenge of gender equality at work and at home, how difficult it was for her having a child as a public person and how she maintains her stamina as a politician and "openly says yes to power." I'm writing this interview in a personal capacity and the views expressed below are solely those of Minister Birgitta Ohlsson.

Natalia Brzezinski: When you were pregnant and after your daughter Stella, now three, was born, you were very publicly open about not hiding the balancing act of motherhood. How were your actions a reflection of the gender issue today?

Birgitta Ohlsson: Just like in U.S., there is also a debate in Sweden about women, career and family. Having a child as a public person shocked me. Even Sweden -- with all of its progress on gender equality -- is full of people with old-fashioned ideas about motherhood and work. I was pregnant when I was appointed to the cabinet as minister for EU Affairs. Many commentators claimed it would be impossible for me to combine parenthood with such a high-powered job and that I was irresponsible and selfish for accepting. My pregnancy was outed -- before I'd gotten the chance to inform my extended family -- in the largest Swedish morning paper. None of my male minister colleagues with children received any such scrutiny.

However, since having my daughter (three years ago) I have been outspoken about the way I handle my work-family life balance. This stems from a belief that women leaders as role models are crucial. Sheryl Sandberg is an important role model for me, for instance. She's shown the world that family life and work success are compatible. This is of course already much easier for Swedish and many European families. I am reminded every morning as I drop my daughter off at pre-school that it would be impossible for me to have this job if it hadn't been for government funded childcare. I also have a husband with modern, feminist values. 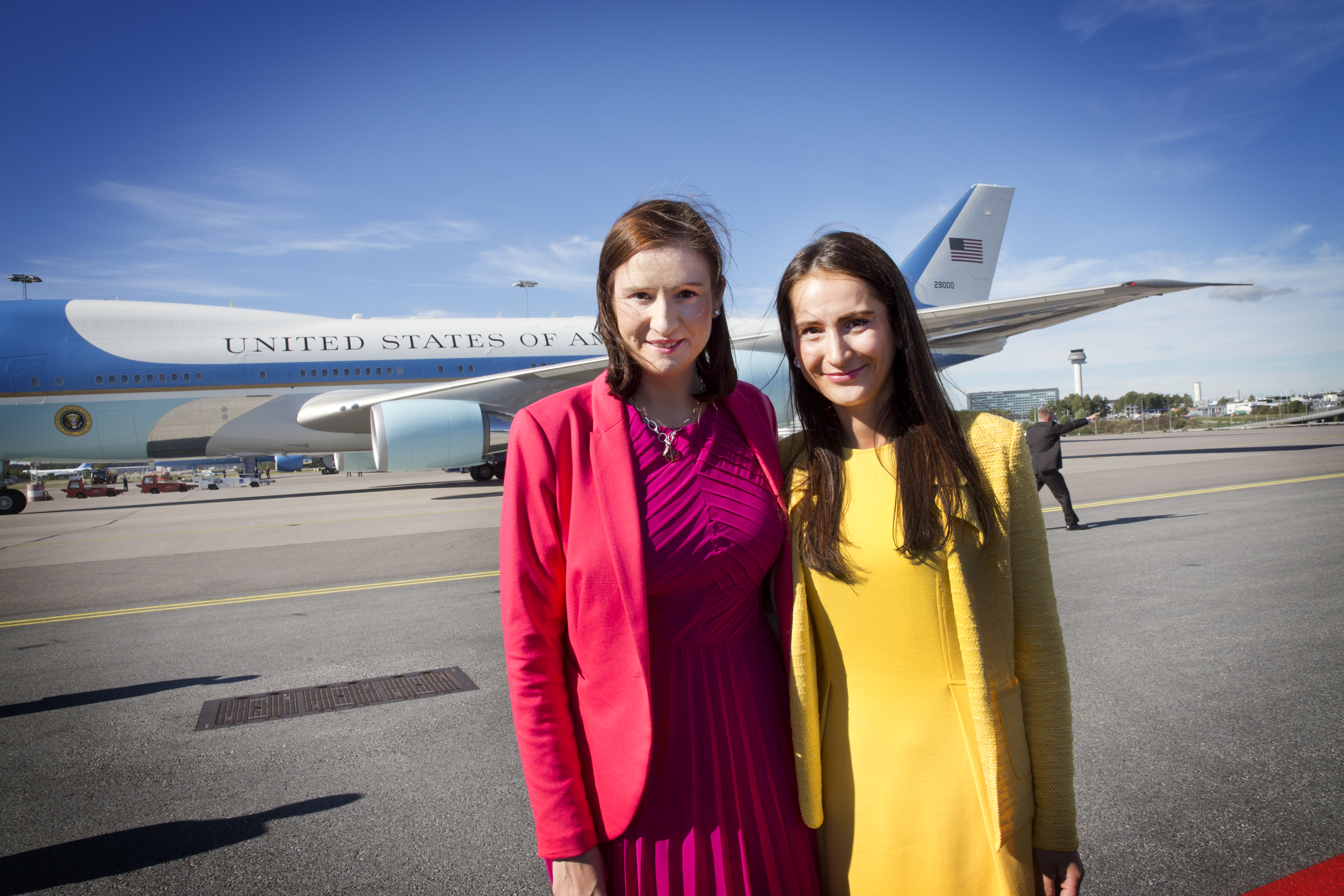 You're known for fighting for social justice and human dignity in your role as Minister for European Union Affairs. How does your gender experience and being a woman inspire and motivate that fight?

I'm motivated by the struggle for women's economic independence. Cash is queen -- in Europe and beyond. I often reflect on my own family's history when it comes to economic development and women's rights. My grandmother Betty was born in Sweden 100 years ago, in 1912. She grew up in the countryside up in the north of Sweden. Having attended school for less than two years she started work full-time on the family farm before she even was a teenager. My mother, Eva, was born in 1942. She was the first in my family to get a university degree and became a teacher. I was myself born in 1975 and have had possibilities neither my mother nor my grandmother could have dreamt of. My own daughter, Stella, was born in 2010. For her generation the sky is the limit. Or rather, there is no limit at all. Women and families all over the world are going through this transition, but they will make the leap in one generation, rather than three. Meeting these women and hearing their stories fuels my feminism.

Why is women's leadership critical to a more prosperous and secure Europe?

We cannot speak about the European Union as a bastion for human rights if we continue to exclude women from power. Today many of the EU's most important institutions are dominated by men. It is an absolute outrage that there are no women on the board of the powerful European Central Bank. European women do not fully participation in the labor market and this is unsustainable. Europe simply cannot afford to have the world's most well-educated housewives!


What has been the greatest challenge in your career thus far, and how have you overcome it?

I'm a true activist at heart. Balancing being a minister and an activist is a challenge every day. I try to be strategic about the fights I choose. As an activist trying to improve the world, one must be persistent, but at the same time avoid burning out on fights that are impossible to win -- today. Politics is like a marathon. Maintaining stamina is the challenge.

Leading up to my appointment as Minister for EU Affairs I behaved in a very un-Swedish way. In Sweden showing ambition outwardly is often frowned upon. But instead of quietly waiting to be asked to fill the post (which may never have happened), I declared that I was available to become a cabinet minister. By then I had been a Member of Parliament for eight years and chaired both the youth -- and women's organizations of the party. When party members were polled I was the favorite to get the post. I had strong support from the voters, and particularly from grassroots members of my party. I'm deeply convinced that more women need to take the leap and openly say yes to power.

When you're done in political life and look back on your career, what would you hope your legacy to be and what concrete things would you have liked to accomplish?

Right now I'm focusing on what I want to achieve as minister for EU Affairs: to implement a mechanism to monitor human rights in the European Union. Today there are many tough criteria on human rights for countries seeking to join the union, but once a country is in the union control is lax. There is a worrying situation in Hungary, where human rights are violated. Many countries discriminate against the Roma in ways that might remind American leaders of the Jim Crow era. This is unacceptable for EU countries.

LGBT rights are also a challenge in Europe. The way a country treats its minorities says a lot about the state of human rights in general. If the EU is to be the strongest voice for human rights and democracy in the world, we've got to walk the talk. In the long run, my dream is to work on feminist issues, human rights, and democracy promotion within a global human rights organization such as the UN. But for now, I hope that I and my government will continue to enjoy the support of the Swedish people in the upcoming election so that I may continue to work more on human rights and foreign policy, which are my passions.

Sweden was the first country in the world in the 1990s to have a 50/50 split between men and women in the Cabinet, and this remains the case in the present-day Cabinet. How has Sweden been able to accomplish this and can this be translated into the business world?

The 50/50 split was accomplished by feminists demanding that the parties set alternating lists -- every other woman, every other man -- for parliament. Many parties did this. I'm very proud to be part of a cabinet with more women in it than men! As I mentioned earlier, gender equality does not prevail in the business world. I think there are many compelling arguments for gender quotas for corporate boards for example. However, on principle I take issue with the government regulating business too much. But we really can't underestimate the importance of role models. Young women need to see successful women in leadership positions across the board, in all industries. We need more Sheryl Sandbergs in Sweden!