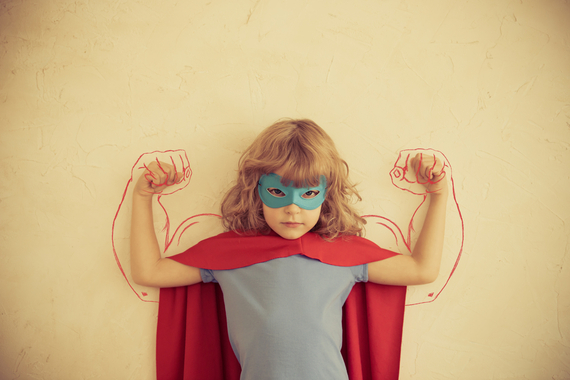 Image via Shutterstock
By Leslie Pascaud

Women are everywhere. No surprise, right? They do, after all, make up 50 percent of the world's population. Yet, everywhere we look, women are a topic of conversation. Michelle Obama's outfit choices on a recent tour of Japan are proclaimed to break down female stereotypes. Sweaty, jiggling and fabulous women exercising on our screens chant "This girl can." A woman's mob killing in Afghanistan sparks a global #JusticeForFarkhunda movement. The banning of India's Daughter, a documentary about the gang rape in Delhi, raises hackles across the globe. Meanwhile, Ellen Pao's lawsuit against venture capital firm Kleiner Perkins sheds light on sexism in Silicon Valley, even if she lost.

Why so much activity stirring around the boundaries of gender? And why now? As cultural insight mavens, we see something fundamental taking place. Some people are calling it the Fourth Wave of feminism. Fed up with everyday sexism and forged by other forms of activism, women are empowered by social media and other communications technologies. They are speaking up across all sectors, countries and societies.

This is a cultural movement that is bringing the diversity and complexity of women's lives to the fore. It is pushing politics, culture and brands to tackle the thorny issues of educational and job equality, freedom from violence, bias and so much more.

Of course "womanhood" in India is very different from the same concept in Indianapolis. Women in the U.S. have made tremendous progress in economic independence. The gender pay gap is narrowing. Women-owned firms now account for 30 percent of all enterprises, though you'd never guess it from the make-up of the investment industry. (Just six percent of partners at VC firms are women, for example.) The issues in emerging markets like India, Turkey and Colombia are quite different as women suffer both from inadequate economic and social opportunity.

But the underlying global forces are shifting in similar directions. Solidarity movements like
#HeForShe
are adopting a counterpoint narrative in order to advance public policy. The movement speaks to male leaders: Imploring every CEO to close the pay gap; encouraging every head of state to make sure legislation does not discriminate against women; asking every father to ensure that his girls go to school. And smart brands, too, are getting in on the conversation -- recognizing and honoring the multifaceted nature of womanhood and the complex ways its representations are evolving in culture. When
60 to 70 percent of women feel misunderstood by marketers
, there is much to be gained by proving the contrary:
Yet for each brand getting it right, far more are missing the mark. Brands need to realize that "femvertising" missteps represent a real risk for their future growth. A few points to keep in mind:
Given the long road that remains to real gender equality, brands do and will continue to play an important role in supporting and even fueling this societal shift.

There are more ways than ever before to begin meaningful conversations with and about women. Brands need to embrace the complexity of this topic, carefully choose the stand they seek to take, and communicate with conviction and authenticity. The ultimate goal will be to get to a place where the need to promote women's empowerment becomes a relic of the past. But we sure aren't there yet.

Leslie Pascaud is executive vice president of branding and sustainable innovation at Added Value. This article was written with support by Emma Godfrey, brand project director at Added Value.