Depraved haters in Texas and Virgina are lynching empty chairs -- Clint Eastwood's symbolic President Obama. In Texas, the story was broken by BurntOrangeReport. In Virginia, it was BlueVirginia. The question is, are these hateful protests from isolated crackpots? Or do they exemplify a larger fringe America so lost in bigotry and anti-Obama zealotry that they've lost all moral bearings?

Another even more important question: Are they being encouraged by more well-known right-wing commentators?

It must be noted that a popular movement involving the display of empty chairs was initiated by right-wing blogger Michelle Malkin. In pitching the empty-chair protest earlier in September, Malkin wrote, "Decorate yours anyway you want it." Certainly, Malkin couldn't have meant the symbolic lynching of the president, right?

What could be uglier or more disturbing than the use of symbolic lynching as a political protest? The sad history of the lynching of African-Americans in earlier chapters of American history remains a stain hard to remove. That there are Americans still quite happy to participate in even symbolic lynchings says something about the state of race relations in America that is too often overlooked.

The reaction to these horrible incidents will probably be something like, "They are just a few psychologically damaged fools who have no relationship to the feelings or behavior of most Americans." That is true, as far as it goes. But we can't ignore the fact that some, at least, believe there's still a place in our culture for public displays of violent racism.

So, let's see if any Republican officials, from the Mitt Romney campaign to GOP governors, Senators, and U.S. Representatives, step up to denounce these sickening incidents. They will want to ignore it out of fear of alienating a certain portion of their base, of course. Very likely they don't share the feelings, but they won't turn down the votes.

And, Michelle Malkin, will you make it clear that by "decorate yours anyway you want it," you did not intend to encourage the lynchings of empty chairs? Your empty chair day did result in an photo-shopped empty chair hanging from a helicopter, a smashed chair in a fire pit, an empty chair with a gas can. You owe the nation a clarification of your intentions. 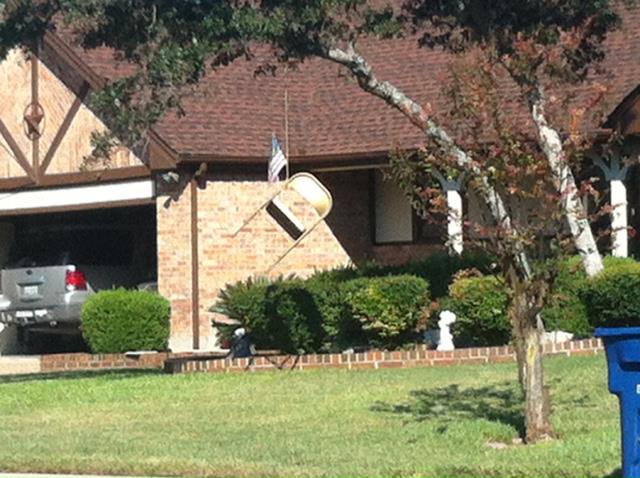