Republican Texas homeowner Bud Johnson has a "lynched" empty chair on display in his front yard in what is likely a display of opposition to President Barack Obama.

(Scroll down to see the photo from Burnt Orange Report.)

A photo of the display at Johnson's Northwest Austin home was posted by Burnt Orange Report on Thursday.

When asked about the display, Johnson said he didn't "give a shit" if it was offensive and went on to criticize the president.

"I don't really give a damn whether it disturbs you or not," Johnson told Burnt Orange Report. "You can take [your concerns] and go straight to hell and take Obama with you. I don't give a shit. If you don't like it, don't come down my street."

The image of an empty chair became synonymous with Obama after actor Clint Eastwood talked to an empty chair representing the president while speaking at the 2012 Republican National Convention.

This isn't the first time a racist public display has been made against Obama. A photograph of a bumper sticker featuring racist anti-Obama language went viral on Facebook in March, and a Georgia bar is facing backlash after posting a sign that read, "I heard the White House smelled like collard greens and fried chicken."

Below, a photo of the "lynched" chair from Burnt Orange Report: 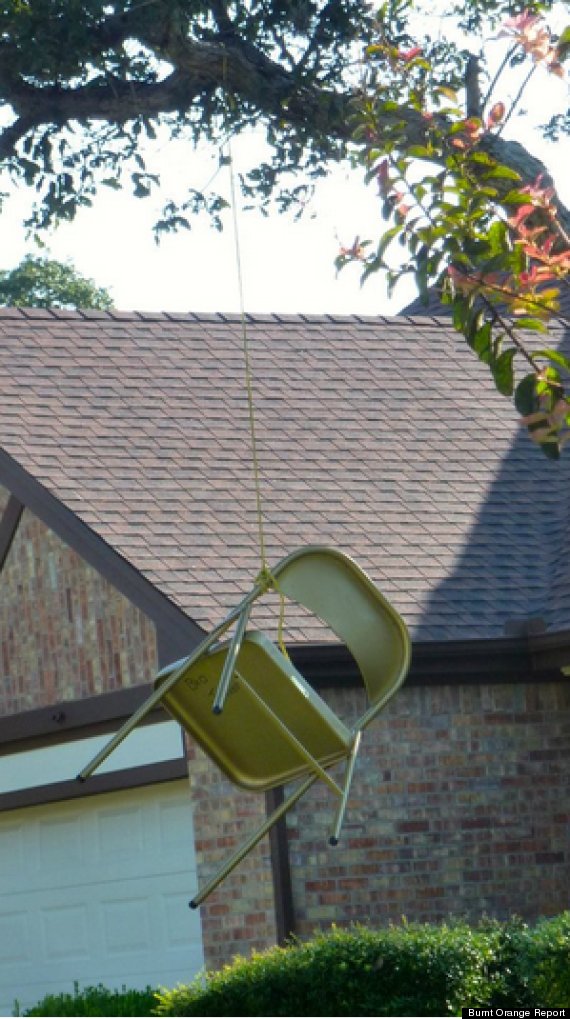