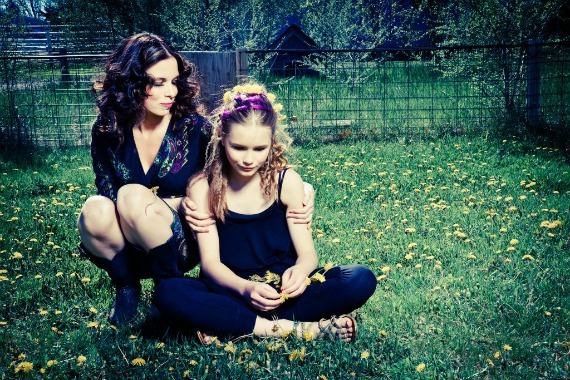 My son left...six days ago. The second of my boys to move out. A friend asked me the other day how my emptying nest was doing and I wondered if I had found the key to time travel.

When my kids were little and the days could be excruciating, sleepless nights, throw up in the hallway, erasers in the shapes of cartoon characters fished out of the washing machine pump, underwear stuffed into the couch, I would sit and cry after they were in bed feeling sorry for myself. I had a few jaunts at single momdom and those moments stayed suspended forever as they whizzed by. You only get the analogy if you are a parent. As I wallowed in my pity party I would ask aloud when these days would be over. When would my kids finally wipe their own everything, see the crumbs and giant smears of mustard on the kitchen table? When would the Legos magically return to their plastic bins? Had I sped up time wondering? Wishing it for it to be true as tiredness set up camp in my bones?

I gave the two youngest ownership of the end table drawers in the sit-in living room, whose space never had a purpose but to operate as an everyday catastrophe. Understandably, they lodged scraps of paper jotted with hieroglyphic kidesque language, used sucker sticks, and broken pieces of toys in these drawers. I would slide them open to see what they were up to...a clandestine peek into my children's minds and then pretty quickly shut them again. The contents revealed nothing to me at the time.

Now I know I glimpsed children's treasure and logic. I caught a whiff of young curiosity wafting from those drawers...and stale cookies. Hope and imagination deserved to be left alone. At least I understood that as I closed the drawers softly and shook my head, returning to my grownup land in the family room, where solid couches and a predictable day awaited.

Up at 6 AM and a whirlwind of getting ready no one would remember, moments of time where I didn't realize yelling in frustration at the shoes that were right there and now couldn't be found anywhere didn't get their days off to the sunniest start. But I was present every day, sorting through homework, defrosting/nuking foodstuff for dinner, or pouring cereal (to the chagrin of my mother) when I just couldn't adult for a second longer. While I waited for a reprieve that appeared to never come.

Have you ever cut out dried vomit from a rug that awaited your discovery for a week or more behind a bunk bed? Rescued a child from poisoning himself when he taped up the vacuum-packed pudding he had opened and secreted away in the uppermost corner of his closet shelf? Been on a first name basis with the vice principal after your offspring drew a suggestive illustration of murder? Have you parented somehow with your heart beating in your chest and ears so loudly you thought your kids would figure your jig was up, that you had no idea what you were doing? Lain awake at night and thought you were going to be that mother with the child who lives in the basement until they are 49, or you died...whichever came first? And then, secretly, in the darkest corner of your mind where you stow all your fears, wished time would evaporate because you couldn't take the panic of knowing you would screw up your kids any longer?

That is how I accelerated time.

Flashes of teenagerhood I thought we would never survive. Pushing aside the stench of adolescent perspiration to reach my hurting children through mounds of junk food wrappers and clothes on the floor, then holding them, pressing their sweaty heads into me as we found what was important together, their hearts and minds and feeling so accepted in this tough life.

Miles and miles of counseling to learn parenting-accountability so I would launch my children into the world as whole as possible. It all became a blur during moments of my heaviest complaining.

I remember dropping my daughter off for her first day of high school, her back so small to me as I stared out the passenger window, beyond the seat she had just been in, the last few seconds before becoming a big kid. She, a narrow stripe of a child, speed-walking down the sidewalk to the tall door, and into the building notorious for swallowing up kids and spitting them out relatively grown. I remember holding lanky bodies and shushing, apologizing for caring about the wrong things and praying for time to stop. Praying for love to settle into burgeoning insecure, yet worthy hearts. I had set this fast forward in motion and couldn't find the pause button.

But it happened again six days ago. A child, who last year was a gulf away from the young man he is today...ambulating in the world on his terms. And he is the second child to fly, the first, yes, has stumbled, but somewhere inside him lurks a survivor he is just getting to know. It is what he is borne of. It takes him out of himself and into the meaning of life. He laps it up. He was the one who rode down a hill on his face after a bicycle wreck. My boys are dawn and evening, yet uniting in the brotherhood of their youth and loving each other as family should.

It happens, even as you deny the moments, thinking you always have more. More days, snapshots, summers to sit on the stoop and squirrel around with water guns, blowing bubbles and chasing each other through the yard. You think...I am tired and my child of the boundless energy doesn't get it. We will do it tomorrow. And then tomorrow you look up and they are pulling out of the driveway with their dresser in their second-hand van...the Man Van you joke with him. It's a catchy name. You walk backwards through the years, arriving at the maternity ward to find yourself supplement nursing a preemie. To witness the baby in your arms who was born resembling an old man, to oversee the miracle of a mother so wide-eyed and in love with a minutes-old girl who practically delivered herself, as your foot was planted on the doctor's forehead.

It happens and you recall wishing the days away as tears rolled silently down your face and you didn't feel understood, as if you were the only momma who had ever worked so hard, and tackled such inconceivable problems! Bedwetting, learning disorders, sleep-roaming children. You remember deciding older parents were wrong when they told you to cherish even the challenging days because one day you would sit in the too-quiet silence. They were full of BS since they had never lived your life. Twenty years, eighteen...it was a lifetime of forevers when the kids were little.

And then it wasn't. Forever and six days screeched to a halt, while the clock continues to run out on our youngest's childhood. We urge her to make the most of it...knowing this is a hard concept for a sixteen-year old to grasp.

Then it is real and there is nothing you can do, but watch the clock and hope a rush of stardust and revelation swoops in and halts the deafening ticking. That is how the empty nesting is going, btw.

More:
parenting humorEmpty NestParenting Parentsmodern parenting
Newsletter Sign Up
Raise the kind of person you'd like to know
Subscribe to our parenting newsletter.
Successfully Subscribed!
Realness delivered to your inbox