The 19-year-old boy-man is home for summer break, his first substantial period under our roof since leaving for college in August 2010, and this event is something to both ponder and celebrate. What used to be a given -- his being a daily part of family life -- is now a novelty. A delightful novelty, but a novelty nonetheless. And as the woman who birthed the boy, I am left to ponder: how on earth did that happen?

I remain unconvinced that growing up and leaving home is just a required part of the program. In my own case it was, but in his -- well, somehow it strikes me differently. I've always 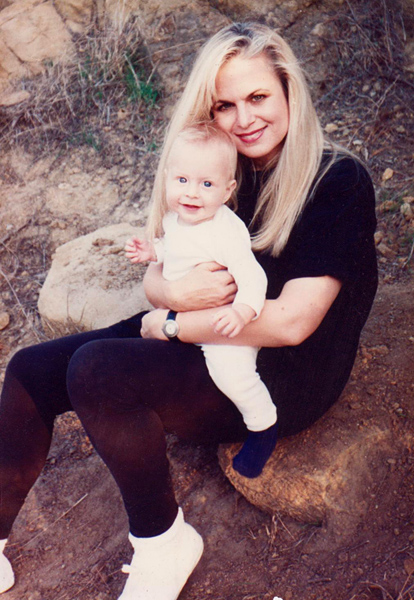 felt that if it ain't broke, don't fix it, and we had a pretty unbroken thing going. He was a delightful companion, a relatively responsible roommate (though I admit that the early years, with the diapers and spoon feedings, were a tad one-sided), a stellar entertainer and quite the flexible traveler. There were tantrums, I admit, and occasional lapses in academic devotion; the limited food palate could be a challenge, but he was never incorrigible and generally thought we adults were cool. He was like living with your best friend through the various stages of your best friend's life, right down to the moment he figured out HTML and could build your website -- then it just seemed silly to let him go.

But fine. Growing up is mandatory. I get it; I applaud it even, and find this grown child of mine as captivating as the 2-year-old. Which prompts another twist: I still want to hang out with the 2-year-old -- and the 7-, 10- and 13-year-olds -- while I'm living in the present time with the 19-year-old. (Imagine that scenario: the adult child wrangling his younger selves while I make grilled cheese and chatter happily with my gaggle of time travelers!) Since this option is not offered, the bigger conundrum becomes the current child's step-by-step and apparently inevitable departure from home. From where he sits, leaving home is an exciting, open-ended adventure to the rest of his life. From my perspective, it's as if my job description suddenly hit planned obsolescence and, like that aging salesman who's walked gently to the door with a gold watch in hand, I'm unclear of my relevance in this new era of child development. I'm fuzzy about what's next. Empty next syndrome.

But life is a constant work in progress and I'm leaning into the phase. The truly painful early months after his departure were followed by eventual, if begrudging, acceptance and early-stage construction of a new life formed around the childless home. And it's a good life. I'm busy and creative and often find the freedom exhilarating. I have more time to myself and more time with my husband, the house is neater, and I don't have to make school lunches every night. I find true pleasure in knowing how happy he is and how well he's doing in school. Yes, there were the sometimes-awkward campus visits when he'd sweetly make time for us despite his clear preference to be with friends, and the less awkward visits home when he simply was. I see him try to find the balance between being a considerate son and one who's rushing inexorably toward the pull of independence. And as much as I cringe at being seen as any kind of obligation, I'm touched that he's aware that there's a balance to be found. It's all new territory, and the scriptless nature of it will continue into our first summer break.

And what will that be as we go along here? Will it feel like he's just visiting for longer than usual between semesters, or that he actually still lives at home and just goes away to school from time to time? I want to believe the latter, but I'm pretty sure it's the former. We're in the process of the first weeks, so it remains to be seen.

As we slide our way into this second chapter of Empty Nest, what's coming into view is the reality 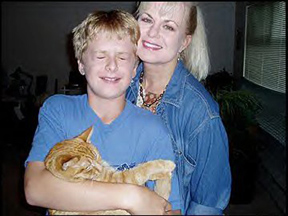 that once the child leaves home for that first school year away, nothing is ever quite the same. We will get into familiar rhythms of dinner around a good movie, card games at the table, hikes down to the jetty, meals and plans and trips together, and it will be wonderful and I will cherish every minute. But unlike before, when this was just our life; when time stretched before us so wide and open and whatever happened today might happen again tomorrow and we didn't need to talk about it or look too far ahead because it was just there unfolding naturally every day; family, mother, father, son...what it is now is...I don't know. I'm not sure. We'll see. Send suggestions.

Because that's the chapter we're on. Transitions. Coming back, leaving. Coming back, maybe for a shorter period, then leaving again. Coming back perhaps briefly, then leaving... maybe for good. It's the damn circle of life, and while we gather 'round Pride Rock and sing in celebration of growth and change and finding our way on the path unwinding, it hurts like a mother to let go of your child.

Here's a question posed to me the other day by someone who meant well but clearly hasn't been down this road to know the quirks: "Whaddaya want? You want your son to stay at home for the rest of his life, live in his room, never leave, always hanging on to you and his dad?" Um, kind of? No... hell, no! Stupid question. Reread my paragraph about wanting him simultaneously at all ages of his life and you'll get what I want, mister.

What I want to happen is exactly what is happening. I want him to embrace his adulthood, slowly and certainly unfolding his passions to discover who he is and what he wants to do with his life. I want him to have an absolute blast in college (within parameters, of course!), do 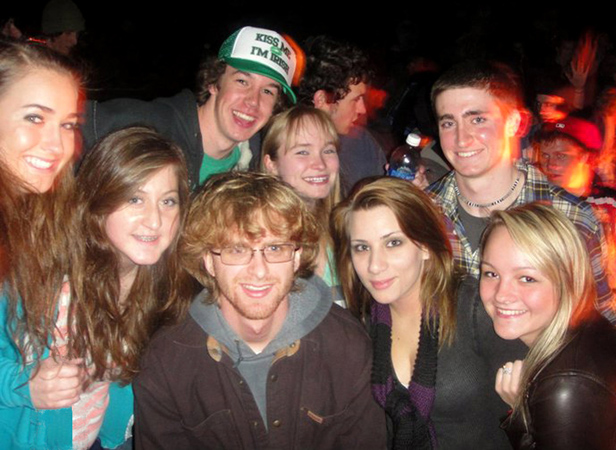 well by his academics and learn a thing or two in the process. I want him to make great friends that he'll probably have for the rest of his life. I want him to continue to discover the wonders of love, taking the lovely manners he's modeled from his father to always be the loyal, considerate, honorable boyfriend he already is. I want him to be an optimist, an activist, a person who isn't afraid to stand up and speak out against injustice. I want him to find meaningful work that allows him to make a living doing something he loves. I want him to stay healthy, humorous, honest and humble. (The four Hs. There are other letters but I liked the ring of those!) Basically, I want him to continue on his course of growing up, which he is doing spectacularly.

And yet, I still want my boy. The paradox of motherhood, yes?

Books and articles and other mothers tell me that I will always be needed, will always be somewhere on his radar. I believe that. I trust that my son will be a good adult son. He's already a good almost-adult son and that he's doing even with the distractions of college, love and his first year of independent living. He seems to understand the paradox and finds ways to bridge the gaps: he set us up to play Internet Scrabble, allowing him to literally (as in words) kick my ass daily; we're Facebook friends; he texts whenever there's something of note to report; and he actually sounds happy to hear from me when I call. And though he's not great at returning emails and we sometimes go too long between conversations, he still tells me, "We're best friends, Mom." I'm counting on it, Sweetheart.

He's home for three months. It feels like a glorious lifetime of time. I plan to use it well. We'll all use it well. And when it's over, I know it won't be as painful as the last time he said goodbye. Empty Next. We will stumble through, figuring it out; it'll get easier. 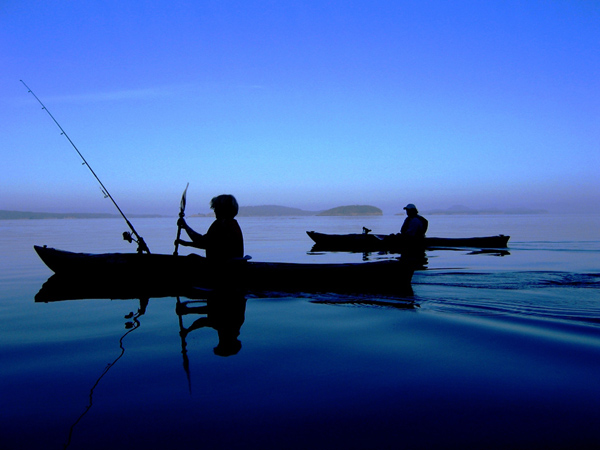 Photos courtesy of Lorraine Devon Wilke. Group photo by and with permission of Michelle Yates.

For a look at the first chapter of this story, read "My Very Cool Roommate Is Moving Out...."