The Atlantic is no stranger to experimentation of late: it recently unveiled a major redesign, of both its magazine and its website, and in the fall it rolled out a clever out-of-home marketing campaign to attract new readers. With its March 2009 issue, the magazine that invites readers to "Think Again" has re-thought the notion of the cover, and has published four distinct versions of its cover, tailored to specific metro areas (and their newsstands).

The issue, which hits newsstands this week, features a cover story by urban studies Richard Florida, best known for his work about the "creative class." The story is titled, "How the Crash Will Reshape America," and while it points to declines in the suburbs and the Sun Belt, it also reports good news about certain metro areas.

The Atlantic is targeting these metro areas with separate covers specifically tailored to their newsstands — proclaiming, "New York Wins," "Chicago Wins," "San Francisco Wins" and "Toronto Wins." The Chicago, San Francisco, and Toronto covers will run in those markets, while the rest of the country (and New York) will carry the "New York Wins" cover.

See the covers below: 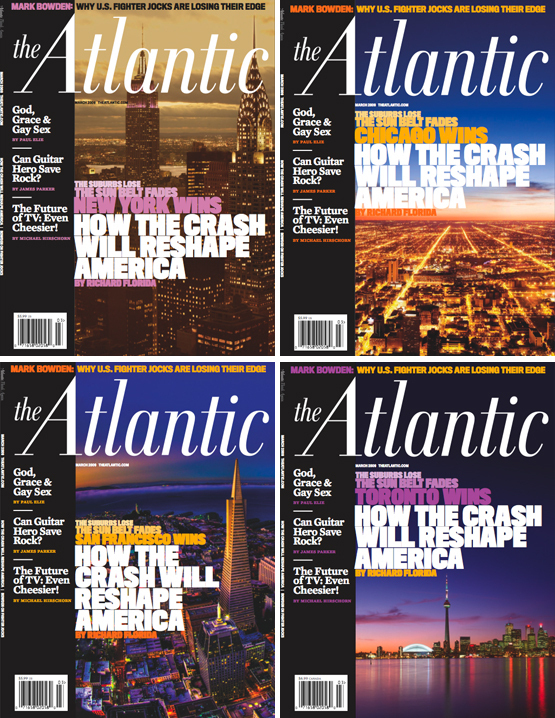