I love alien movies. Really, it's the only genre that can still scare me. I'm not saying that other spooky things don't give me pause or make me jump. It's just that there is really no mystery left. Sure, movies about serial killers make me triple check the lock on my door, but I watch cable. I know what horrible things they can do. I'm desensitized. I'm always up for a good monster movie, but when I go home, I'm not really worried that a werewolf is going to attack me or that Gary Oldman in a top hat is going to offer me absinthe and bite my neck. But aliens? I'm hardly expecting alien lizards to come to our planet and steal our guinea pigs. I'm just saying that, unlikely as it probably is, something could be out there. Maybe. 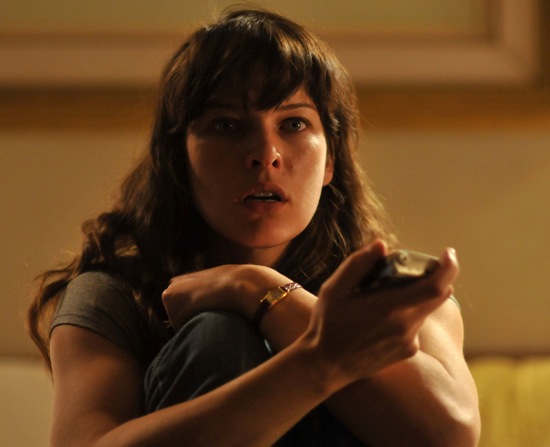 So here is what you need to know about The Fourth Kind. Since the 1960's there have been an unusual number of disappearances in Nome, Alaska. Sure, lots of people think these things are the fault of suicide, alcoholism and accidents in the wilderness. Dr. Abigail Tyler, a recently widowed psychiatrist in the area believes it might be something else. Using hypnosis, she discovers that her most disturbed patients all seem to have similar visions. An owl that is not an owl waking them up at 3:33 am. (By the way, I have woken up at that exact time for the past few mornings. No owl, but my cat staring at me is just as disconcerting.) And they all have violent reactions to the memories. She begins to believe that these people may have been abducted by aliens. What we see is a re-enactment of the story along with the supposed footage of actual events. (In case you were wondering, the title is in reference to the 1972 scale of measurement. An alien encounter of the first kind is a UFO sighting. The second kind is evidence. The third is contact. And the fourth kind is abduction. The visual that word gives me has been completely destroyed by the South Park anal probe episode.)

The film begins with Milla Jovovich telling the audience that she'll be portraying Tyler and that the archival footage of her work and interviews is real. It's really not important whether or not you believe that. If you want to do the research and see if this person actually exists, there are plenty of websites that will be happy to mess with your head and/or comfort you with facts and figures. We are shown the footage and the re-creation at the same time, often with Tyler and Jovovich/Tyler speaking the same lines simultaneously. When the story goes deeper into Tyler's experiences, Jovovich is on screen alone. The through-line of the story is provided by footage of an interview that Tyler gave to Olatunde Osunsanmi (the film's writer and director). The interview shows Abigail getting more and more rattled as she starts to crack from the grief over her husband's death and the fear that this might be happening to her too.

I'm trying very, very hard not to spoil things for you when I speak about the performances. Let me just say that everyone was convincing ... with one exception. Will Patton, who plays the doubting sheriff, looks as if his head is going to explode in every scene. A sheriff like that would have been demoted to desk duty long ago. I kept wanting to yell, “do less” at the screen or hoping that some secret was going to be revealed. Something that would explain his odd behavior. 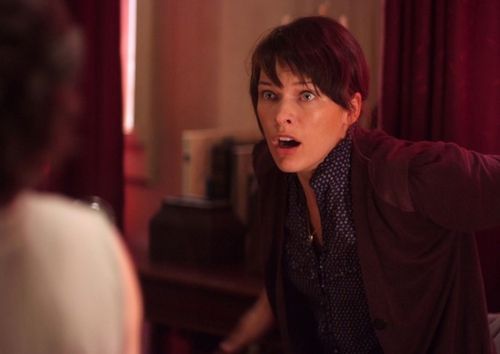 The Fourth Kind was one of the scariest things I've seen in years. I'm going out to see it again, which tells you how much I care whether or not it's a hoax. With the exception of Patton's performance, I enjoyed every thrilling minute of it. Like Drag Me to Hell did earlier this year, The Fourth Kind made horror fun again. God, I hope it's a trend. (And considering the disappointing performance of Saw VI and the success of Paranormal Activity, that seems to be the case.)

It's the reality of the whole thing that got me. (I'm talking about abduction, not the footage. There was one particular moment that tipped me off. You'll know what I'm talking about when you see it. I've read reviews that claim “the audience is too sophisticated to believe that this is real footage,” etc. To which I must respond, “Yeah, so what?” I'm also too sophisticated to believe that a clown doll is going to come to life and kill someone. It's still fun to watch.) Like I said, the reason alien movies still have the power to scare me is that no one has been able to prove that the crazy abduction people are lying. Um...I hope they are.