It was 2:30 p.m. on Monday, June 15th and my interview with Shirin Neshat, one of the most significant contemporary artists working today, took on a surreal and symbolic note right from the start. This petite powerhouse, whose striking and poetic work has garnered international acclaim and recognition, came out to greet me with a heavy, tan suitcase. "That bag looks heavier than you," I remarked. "It's heavier than you too," she laughed back. She put it in the trunk of my car, since she was heading to the airport after the debut showing of segments of her first feature film, Women Without Men, at LACMA.

The sight of her suitcase took me back. There is no stronger, more emotionally charged image for Iranian exiles than packed bags. It instantly takes us to the moment of flight -- the moment when we packed what few belongings we could take with us and fled the country.

Then there was our conversation in the car. Although we hardly knew each other, we found a deep connection through our shared experience of a homeland, a common cultural heritage, and our love for art. "I've been glued to BBC all morning. Have you heard anything new from Iran?" Shirin asked. Naturally the pressing topic of interest for us, along with the entire world, is the political uprisings and the anti-government riots taking place in the streets of Iran after the much-debated "rigged" election of Ahmadinejad. 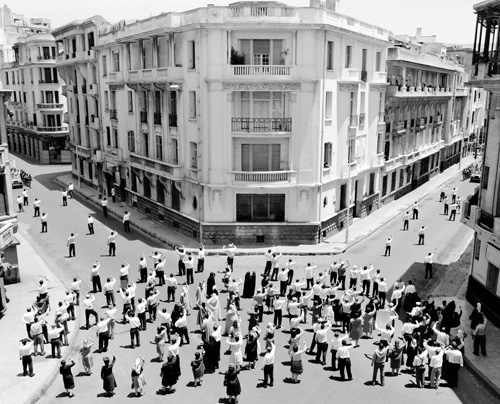 The riots and uprisings are all-too-familiar scenes, reminiscent of those we experienced during the 1979 Islamic Revolution, which forever changed the trajectory of Iranian politics and the Iranian people.

At the moment I could certainly say life was imitating art -- namely Shirin Neshat's art. Women Without Men is based on a novel of the same name by Iranian author Shahrnush Parsipur, which was banned soon after being published in 1989. Parsipur herself was imprisoned for five years and later forced into exile because of her inability to publish in her homeland.

Although Neshat has made changes to the storyline, the major theme is unchanged. Women Without Men describes the lives and fates of four women who belong to different social classes: a prostitute, an upper-class married woman, an activist, and a devout woman whose only dream is to get married and have children. All four live an exiled life in their own country, where they struggle for an identity in 1950's deeply patriarchal Iran. It was an era in which growing up female meant deference to authority and power, and being trapped in limited gender roles. These women form their own utopia in a garden, where they try to reconstruct their lives. As Neshat keenly remarks, "these women go into a second self-imposed exile to get a new start." 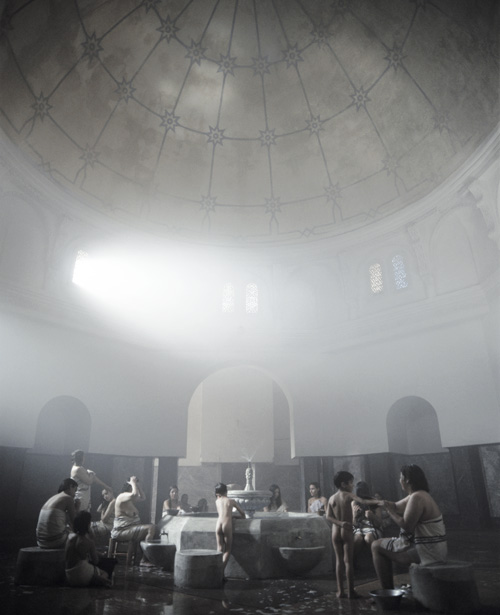 The women's overriding desire for justice, freedom, and independence is set against the backdrop of the nation's need for an ideological and sociopolitical shift during the 1953 coup d'état. "The 1953 coup also shows how the people of Iran looked for freedom. Iran has a dark history of being ruled by dictators or being ruled by foreign imperialists," Neshat said, "and the 1953 demonstrations were pivotal in our history where the people of Iran wanted to take the fate of their nation into their own hands."

At 8 p.m. that evening, the Farhang Foundation, a non-religious, non-political organization that promotes Iranian art, culture, and history, teamed up with LACMA to present segments of Neshat's work to an audience-filled Bing Theatre. The film opened with a scene of Munis, the activist, jumping off the rooftop of her house to commit suicide. The scene is visually arresting as Munis slowly descends, almost floating, to meet her death. Neshat describes this scene as an exilic experience, "where Munis takes flight and controls her destiny and life in the best way she could." The ensuing scenes are ravishingly exotic. One cannot help but be transfixed by the austere beauty of the images and the intensity and emotionality of the characters.

The riot scenes in the film are hauntingly similar to scenes that are presently being broadcast live from Iran's streets, where the people are demanding to be counted and have their voices heard. It is in these gripping scenes that we see history repeating itself, and that art and the artist, a nation and its people, are inexplicably linked through their longing for what is absent -- the opportunity to construct one's identity and actually create an imagined community.

Women Without Men is being considered for participation in major international film festivals.