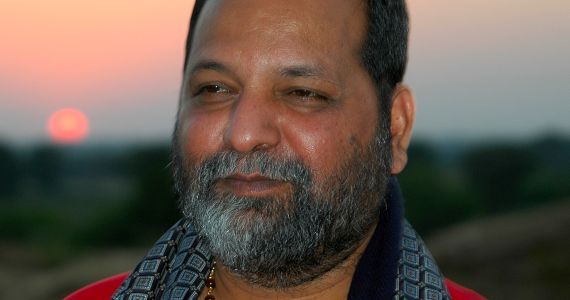 Ram Ugrah lost his leg in a road accident but he says that he has successfully overcome the disability through the help of his treadle pump, a low-cost irrigation device that he uses to irrigate his small farm.

He has overcome a major obstacle faced by millions of smallholder farmers, the challenge of accessing water for irrigation. International Development Enterprises India (IDEI) has promoted treadle pumps in India over the last two decades -- around 1.3 million farmers have purchased the irrigation device and have seen their lives transformed.

Out of around 118 million farming households in India, roughly 86 percent are smallholder farmers with two hectares of land or less. The average holding is only about half a hectare per household.

Economic development in India over the last decade has not benefitted the smallholders much and they are still trapped in vicious cycles of indebtedness and poverty. To further aggravate the situation the number of smallholders is multiplying due to population growth, division of farmland amongst the children of farmers and an ongoing economic slowdown. According to CRISIL, an economic rating agency in India, 12 million more people will join the agriculture sector between 2012 and 2019 due to lack of opportunities in urban centres resulting from the deceleration of economic growth.

Smallholder farmers face many challenges but the most crucial is access to irrigation. Irrigation is becoming increasingly difficult in the absence of credit for purchasing equipment like diesel pumps, and the increasing costs of fuel and pump rentals. Further, the division of farmland limits access to existing bore wells. The high cost of irrigating small farms is reducing their viability.

IDEI promotes treadle pumps that enable access to water for irrigation at low investment and operational costs -- the pumps are sold at prices between US$15 and US$40 depending on whether they are designed to access ground or surface water. The treadle pumps are purchased by smallholder farmers through supply chain made up of small entrepreneurs, ranging from local manufacturers to distributors and dealers. These entrepreneurs are trained and linked by IDEI to develop an ecosystem of market-based approaches for tackling poverty.

IDEI has established a model that costs only around US$75 to transform the life of a smallholder farmer -- not as a recipient of charity, but rather as a customer of a life-transforming tool. The farmer purchases the treadle pump and feels a sense of ownership and responsibility to use it for his future betterment.

Independent studies have found that a farmer is able to earn around US$400 in additional income with the use of a treadle pump. So US$75 invested in IDEI's project returns eight times that value for the smallholder farmer. IDEI hopes to reach millions more farmers in India by strengthening its supply chain model and augmenting its promotional activities.

Between October 27 and December 5, IDEI is participating in the Skoll Social Entrepreneurs Challenge on CrowdRise.