The recent World Cup final in Brazil featuring Germany and Argentina is being touted as the most active social media sporting event utilizing smart devices ever with a total of 32.1 million tweets during the game(1), surpassing the 2013 NFL Super Bowl with a recorded 26 million tweets(2). This is a microcosm of what we will witness in the coming years as the personalization of media becomes the norm and video becomes even more prevalent, taking new shape via existing smart devices and the more innovative ones yet to come.

What is the impetus for this radical change in user behavior where video usage surpasses data usage on mobile networks? Is this change confined to a user group or prevalent across the board? What does this mean for the future?

In order to better provide the connectivity we all demand, how do we design, build, and optimize communication systems to cater to this exponentially growing video and data need on mobile networks? 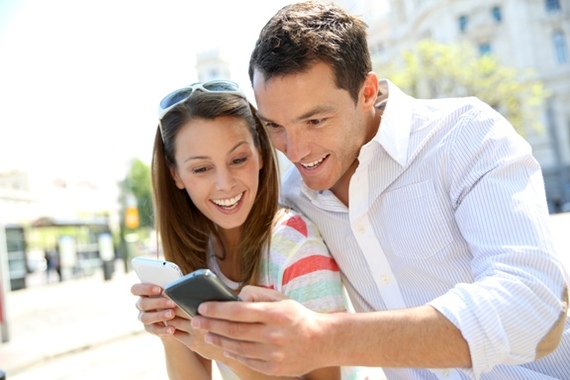 The answer lies in our evolved human nature and need for instant gratification and personalization. Personalized communications is becoming the norm, rather than the exception. People view what they want, when they want it, and how they want it. This personalization not only enhances and customizes our experience, but increases our chances to share content. A broadcast approach will soon become extinct as we are witnessing the abundance of Over the Top (OTP) video usage.

The leading market research company Nielsen recently stated in its Digital Consumer Report 84 percent of people use tablets and smartphones as a second device while watching TV(1). In addition, 39 percent of people use social media while at work(1). American culture and smartphone/connectivity habits are evolving with millennials leading the way and baby boomers and other generations following them. In some ways, advanced mobile networks and smart mobile devices have become the catalysts for this change. Americans are adept at downloading, uploading and viewing rich, personalized media content, irrespective of age or gender.

Emergence of ultra-broadband mobile and wireless networks, coupled with lightning-fast computers and devices, has made it possible to be connected anytime, anywhere. Households whose means of communications with the outside world consisted of a basic telephone and possibly a desktop PC are now replete with connected devices, most connected to high-speed wireless networks with processing power to spare. Today's digital consumer has multiple connected devices and a plethora of content. Cisco predicts over 1.4 connected devices per-person will be the norm by 2018. Additionally Cisco purports that by "2018, mobile-connected tablets will generate nearly double the traffic generated by the entire global mobile network in 2013. The amount of mobile data traffic generated by tablets by 2018 (2.9 exabytes per month) will be 1.9 times higher than the total amount of global mobile data traffic in 2013 (1.5 exabytes per month)."

At the same time, content options have become diverse and never-ending. Social media and OTP streaming video have supplemented, and in some cases replaced, DVDs and traditional TV. Messaging platforms, like Skype, LINE and WhatsApp, have come to rival the standard SMS text message and it is almost as convenient to chat via Facebook or Snapchat as it is to dial someone's phone. Technologists have the challenge of designing and building connected communication networks for a younger America - which continues to get younger in habit, more than age.