Consider it a hunk of cheese-covered nostalgia.

Any true Mexican food connoisseur remembers the Taco Bell Enchirito like it was yesterday. The soft flour tortilla burgeoning with beef, beans and onions -- topped with cheddar cheese and swimming in red sauce -- was one of Taco Bell's top items for decades, before completely disappearing from menus in 2013.

Whatever happened to this pile of gooey goodness?

To get to the bottom of the Enchrito's story, one must start from the beginning. And as it turns out, the Enchirito's origins are a lot less Mexican than you might imagine.

As a public relations manager at Taco Bell, Matt Prince is somewhat of the brand's unofficial historian. He recently spoke with Dan Jones, who is rumored to have invented the Enchirito shortly after starting as a teenage Taco Bell "crew worker" in the '60s.

"During a trip to the East Coast in 1968, Dan saw something called an 'Enchilada Burrito,' and he brought the idea back to the Taco Bell Headquarters," Prince told HuffPost. "They played with the recipe, coined the term 'Enchirito' and began testing it in five restaurants."

(Yes, that's Patrick Duffy up there.)

By 1970, the enchilada-burrito hybrid was being served all over the country, Prince says. Ads promoted the dish as "practically a meal in itself," with its special tin as an easy way to take the rest home for a re-heatable treat.

The Enchirito's main heyday lasted until 1993, when it was pulled from the menu to make room for new items.

It made a reappearance from 1999 to 2013, but customers said things weren't quite the same. For one, the olives were missing. And the new Enchiritos came in plastic containers, instead of those re-heatable tins that diehards remembered so well.

Eventually, the Enchirito disappeared for good in 2013, with the advent of the mega-size Smothered Burrito, which is similar in nature. It's not really a surprise that Taco Bell did this -- the chain has a habit of featuring menu items for a short time before pulling them in favor of a new viral favorite.

"The menu just wasn’t big enough for the both [items]," Prince explained of the Enchirito's final phasing out.

But never fear: Just because the Enchirito is technically gone doesn't mean you can't still order one. Elated customers report getting the Enchirito off Taco Bell's unofficial "secret menu." Prince says the best way to do it is by ordering a Smothered Burrito with Seasoned Beef, omitting the sour cream and sauce, and adding onions and red sauce. BOOM. A modern-day Enchirito. Here's Buzzfeed's take:

If fast food isn't quite your grind, you can always make an Enchirito at home, with recipes for copycats that abound online.

NOTE: Taco Bell super fans are quick to point out that they still order the Enchirito by name at their local franchises. Taco Bell's corporate office, however, "controls the visuals/menu layout" of the menu board, Prince says, so you shouldn't be seeing it listed as an option. But that doesn't mean that team members won't whip one up if you ask. 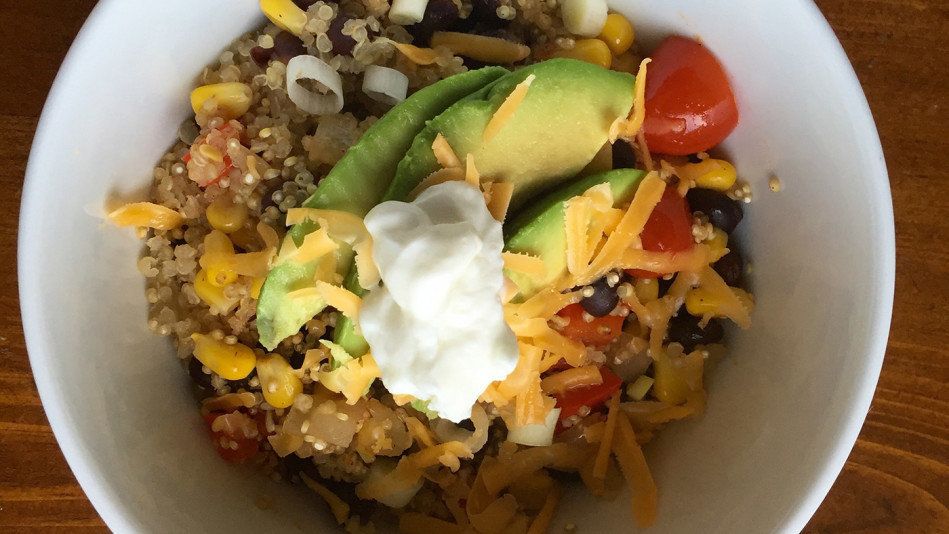