The Japanese are well-known for making efficient use of small living areas, a necessity of their high population density. As a native, I myself often find the womb-like qualities of these spaces comforting, not confining. This feeling is what led me to the subject of these portraits, which show the residents of what is best described as a guesthouse for backpackers in Tokyo. The facility is a sort of downscale version of the well-known "capsule hotels" often used by Japanese businessmen for short-term stays.

One of several such facilities in the city, this diminutive, bare-bones hotel takes up one floor of an office building. It is composed of a few hallways, along which the proprietor has built tiny living compartments, perhaps no larger than XX x XX feet, none with enough headroom to stand up straight inside. Separated only by unfinished plywood, the spaces have no windows or door, only a curtain at the entrance for privacy. They are, however, cooled and heated. The monthly rent is something on the order of $300. 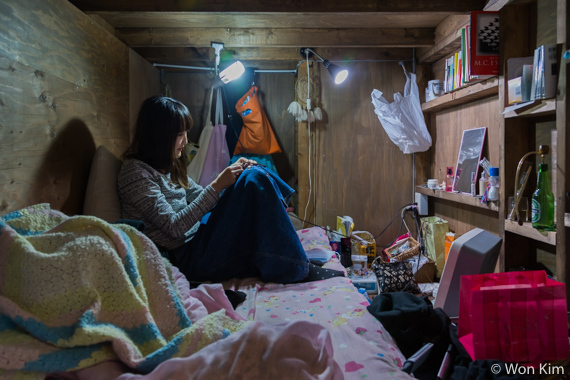 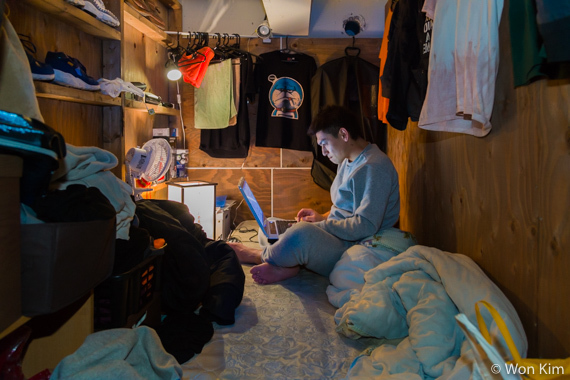 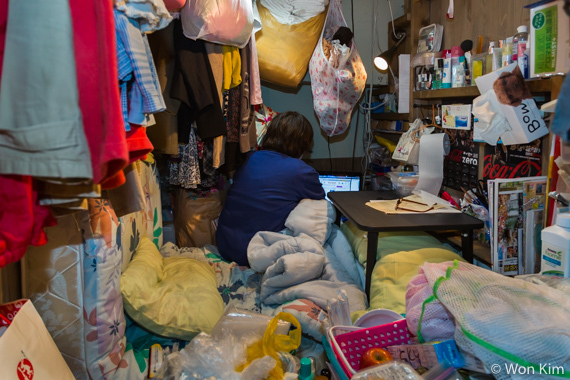 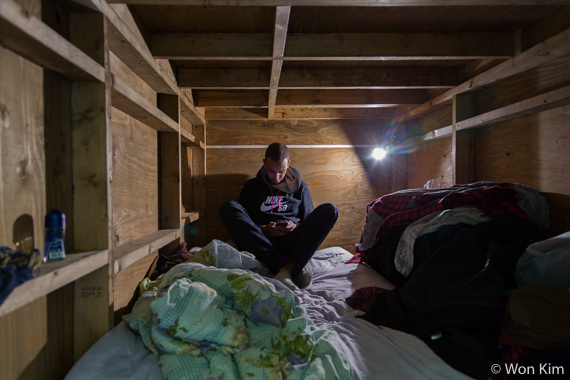 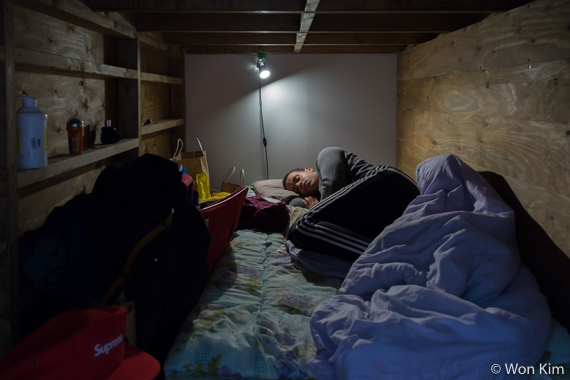 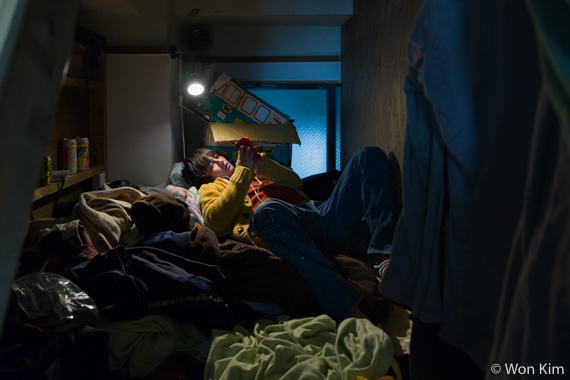 Some of the people in these images, whom I've shown surrounded by their possessions, stay at the facility for a relatively short time. They may be visiting Tokyo, waiting for a job to come through, or saving money for a better place to live. For other residents, these tiny cubicles are essentially permanent homes.

I spent almost two months living in the residence myself. I did this so I could get to know the people staying there, and earn their confidence. For me, the real interest of the resulting portraits is in how each resident has made use of a such a small, confining space. Some of the interiors are spartan, perhaps occupied by people who are staying only for a short time. Others are full of possessions, often complete with hanging wardrobes and improvised bookshelves--even "decorated." Of these, some are neat and orderly and others are chaotic, with personal items strewn everywhere. In each case, the sharply-defined space and its contents tell something about its occupant's personality, and his or her ability to function in such a strange, enclosed environment.