Attendance to the National Parks reached a record-breaking 292.8 million visits in 2014. Despite the increase in popularity, African Americans continue to be one of the most underrepresented visitor demographics in the parks.

Dan Wenk, Interim President of the National Park Foundation, states, "the parks have never done advertising like this. The campaign hopes to introduce the parks to people unfamiliar with them and strengthen the connections with current visitors. The visitor profile of the National Parks does not represent the diversity of our country and this campaign is a major effort to help change that."

The campaign kicked off with events in New York City, Los Angeles and Washington, D.C. "It is heartbreaking to meet kids in cities like Los Angeles that have never even seen the Pacific Ocean or experienced walking on sand on the beach. #FindYourPark is a big step in outreach to provide opportunities for more people to experience their parks," said National Park Service Director Jonathan Jarvis. 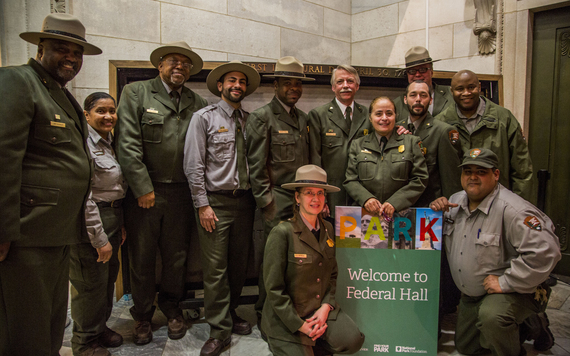 In addition to the #FindYourPark campaign, during the 2015-2016 school year, the "Every Kid in a Park" initiative plans to give every 4th grader in the country, roughly 4 million children, a free pass good for a year to any of the 407 National Parks in the country for them and their families.

An appropriated $11.5 million in funding for transportation grants to low-income schools is part of the proposed federal budget for 2016. The grants will provide more opportunities for underprivileged students to visit National Parks across the country. The National Park Foundation also hopes to raise an additional $30 million directly for this cause.

While the National Park Service is launching efforts to strengthen connections with African Americans across the country, individual leaders are making significant impacts as well. Grand Canyon National Park, only a 4-hour drive from Phoenix, receives on average 30,000 visitors a day from a variety of backgrounds. One of the leaders in promoting diversity at the Grand Canyon has been Retired NFL player Darryl Haley. Haley was invited to be the feature speaker at the park's black history month celebration in 2013. The former offensive lineman and Ironman competitor later shared his overnight Grand Canyon camping experience on his WHUR radio Fitness Friday show during the Steve Harvey Morning Show in Washington, D.C. The event's success led to Haley hosting outreach events at National Parks around the country ever since. This past February, for black history month, Haley returned to Grand Canyon National Park for a week long outdoor adventure with a group of students from the historic black college, Howard University. Haley states, "for many of the students, it was their first time ever hiking or camping." Darryl has been described as "one of the pioneers moving forward what has been delayed, by re-connecting people of color with our public lands which will keep our public lands relevant, sustainable, protected and preserved for generations to come" by Deidra Jackson, Administration Officer of the Horace Albright Training Center, who first invited Haley to the Grand Canyon in 2013. 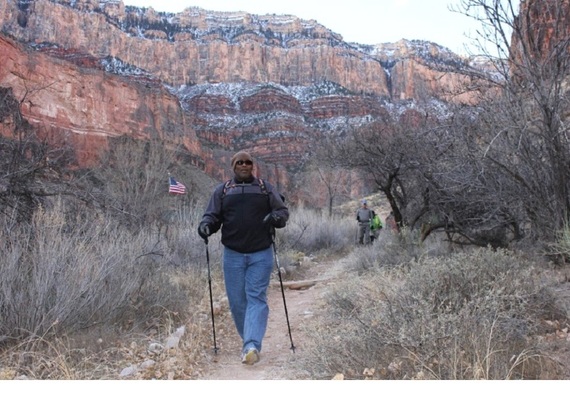 A visitor study of Yosemite National Park in 2009 found that only 1 percent of visitors self identified as African American. Yosemite Park Ranger Shelton Johnson has led efforts at Yosemite to help correct this disparity. In 2009, Johnson published a historical fiction novel about the Buffalo Soldiers, an all black military regiment that helped shape the infrastructure of Yosemite and other National Parks in the region. Because of his advocacy work in sharing the history of the buffalo soldiers, Johnson partnered with the Golden Gate National Recreation Area. In 1903, the buffalo soldiers rode to Yosemite and Sequoia National Parks from the Presidio of San Francisco in Golden Gate National Recreation Area. The partnership has helped connect Yosemite to San Francisco's urban communities. Johnson explains that a person should visit a National Park because "it provides them with an opportunity to go home. America was built out of wilderness and National Parks are where the unique experience of wilderness is kept alive. Figures like Davy Crockett, Daniel Boone, the Mountain Men, cowboys, frontiersmen and women are American icons because they helped create the nation we live in today. Visiting a National Park is a chance to reconnect with all of those forces."

According to Superintendent of Everglades National Park, Pedro Ramos, "less than 5 percent of visitors to the Everglades are African Americans despite the fact that African Americans consist of 15 percent of the population in South Florida." Ramos described some solutions as highlighting African American history in the parks and greater investments in education. He explained "we need to play host in a different way. I am Hispanic. Other minorities and ourselves as a people won't go to a place uninvited, but once we know you, we'll come to the party. There is no silver bullet solution, but it is our responsibility to all Americans that we establish better connections with communities that have not been coming out to the parks." Four years ago, the National Park Foundation awarded grants to national parks to work with local PBS stations across the country to create programming to connect the National Parks and communities unfamiliar with them. In the South Florida area, the documentary Into the Wild chronicled an African American family's first camping trip to the Everglades. Ramos states " we've continued this tradition by taking the time to be a host to one family at a time, showing that the park belongs to them."

The narrator of the documentary Into the Wild, Dayton Duncan, also wrote and co-produced the critically acclaimed PBS documentary on the history of the National Parks. Duncan states "when Ken Burns and I were working on the National Parks documentary, we became aware that one of the great challenges for the future of the parks was connecting with an increasingly urban and diverse nation." Duncan also served on the National Parks Advisory Committee for the 2016 Centennial celebration. He describes the Centennial as "not just a government agency patting itself on the back, but that it is a movement to reach out to as many Americans as possible and show them that they are each part owner of the parks. Major themes of the centennial, such as the #FindYourPark campaign, help expand the perception of what a park is; that the 407 locations in the park system are not just landscapes and battlefields, but include sites that tell stories of some of our country's darker episodes, like slavery and the struggles for civil rights. The outreach efforts for the centennial serve a larger idea that experiencing nature and our shared history can change you. Whether you're visiting the grandest canyon on Earth or exploring the diversity of life in the Everglades, these sites tell us who are as a people. By urging people to look around and visit one, that can open a gateway to visit even more" 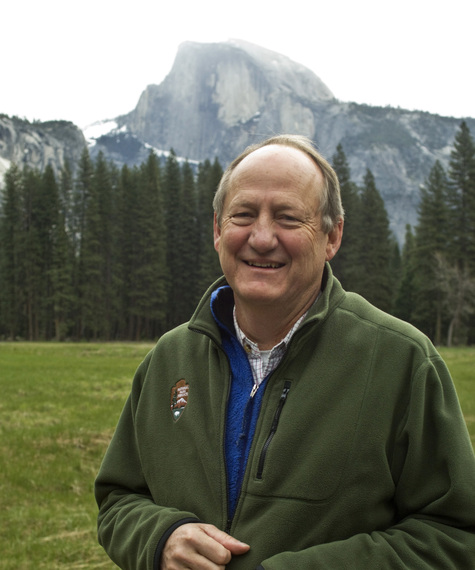