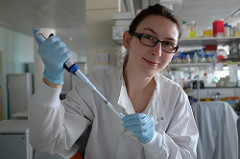 It's a great time to be a girl.

Locally and across the country, in schools, on athletic fields, and in the workplace, girls and women are breaking out of stereotypical female roles and they are garnering a lot of attention for their success.

And think about the US Women's National Team (USWNT) which, this summer, made the USA the first country to win three FIFA Women's World Cup titles. Not long after their win, my family and I were lucky enough to witness the team being recognized with a New York City ticker-tape parade--the first time an all woman team has received the honor.

The excitement along the parade route was contagious as the crowd chattered, fidgeted, and waved American flags in anticipation. Perhaps the loudest cheers and greatest energy came from the smallest bodies in the crowd: girls (many soccer players themselves) who couldn't wait to lay eyes on their heroines.

I was mesmerized by the young teens' red, white and blue faces, huge smiles, and starry eyes while they led the crowd in chants like "I believe that we will win." And I was moved by the sense that the girls were experiencing a sense of empowerment that transcends the world of soccer and sports in general. The FIFA Women's World Cup provided the stage; Abby Wambach, Carli Lloyd, and their teammates were the headliners; but we, the audience, would walk away with a lasting impression that could change how we see our own world.

Going into the tournament, the team knew they were in a unique position to do more than play soccer. They could affect the attitudes and even the futures of their young fans. On their web site they encouraged all girls, athletes or not, to believe in themselves: "Listen up, ladies. We believe in you...We believe we will be at the top of the podium after that final whistle blows. We never let anyone tell us otherwise. Don't let the tired cliches and stereotypes make you doubt what you were meant to be: the best." You can find the entire letter at www.ussoccer.com. It's worth taking a look.

Playing soccer is just one way girls can learn and hone life skills like self-discipline, team work and perseverance. Some will choose individual sports like swimming or running and realize that, while they may be alone in their lane, they are still part of a larger team working toward a common goal. Some will choose academic competitions like Mock Trial, We the People, and Academic Decathlon. Others may not choose a competitive format at all, but will instead focus on simply being the best they can be, at whatever they choose to be.

Whether it's friend, daughter, sister, wife, or mother...engineer, artist, athlete, or executive...the title isn't important. Every position these girls play, now and in the future, matters. And they get to choose which role it will be!

I cheered loudly and proudly for our US soccer team, in honor of their skills and talent. But mostly, I admire them for taking girls of all ages by the hand and reminding us that, like them, we just need to believe.