When you're having a panic attack or anxiety attack, the symptoms -- chest pain, flushing skin, a racing heart and difficulty breathing -- can make you feel like you're going to faint, lose your mind or die. But the reality is, you won't. The key to surviving is to learn about anxiety attacks and practice the skills you need to get through them.

"These techniques take some getting used to," said Chicago anxiety therapist Dave Carbonell, Ph.D., but learning how to cope with anxiety attacks is important so that fear of having another won't keep you at home or limit your activities. A study in Alternative Therapies in Health and Medicine in 2013 found that multiple approaches to managing anxiety, including strategies like breathing and journaling, can help.

Here's how to stop an anxiety attack and recover.

Accept The Attack
"People have this powerful idea to make the attack stop," Carbonell said, but you can't make it stop through force of will. However, if you look back at your history, you'll see that every attack does indeed stop, even if it feels awful for a while.

Your best first step is to simply notice your symptoms and accept that you're having an attack. This can be challenging if it's one of your first attacks, but after that you'll know more about what to expect. 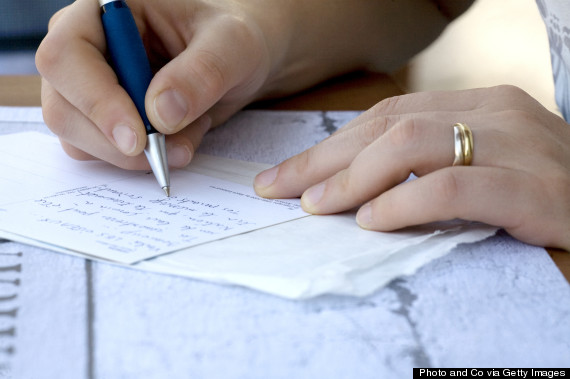 Once you know you're having an attack, try to jot down a few of the symptoms and thoughts you are experiencing. This can help you put your attack into perspective.

"One of the things that worsens anxiety and can make it develop into panic attack is looking at those symptoms in a catastrophic way," said Cheryl Carmin, Ph.D., director of clinical psychology training at Ohio State University's Wexner Medical Center and a professor at the university.

Writing down what you're experiencing can help prevent you from imagining the worst.

Just Breathe
Feeling short of breath is a hallmark symptom of an anxiety attack. But you can make the feeling worse by taking short, shallow breaths. Try belly breathing instead.

Carbonell compared the type of breathing you'll need to the breathing of infants, whose bellies rise and fall with each inhale and exhale. When an attack starts, exhale deeply, loosen your shoulders and focus on some longer, deeper inhales and exhales that let your belly rise and fall. Place one hand on your belly if you need to feel this happening. 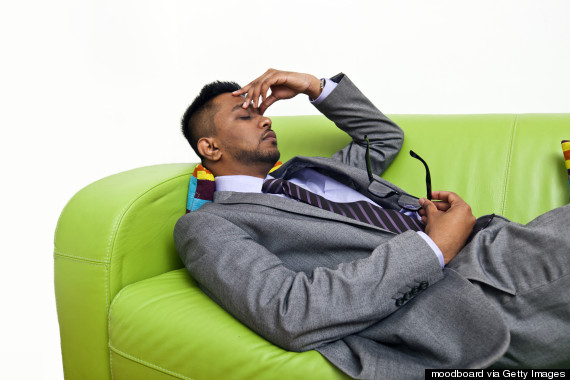 It's easy to say "just relax," right? But once you start to observe your body during a panic attack, you might find that certain parts of your body clench up during an attack. Make a deliberate effort to tighten and then relax those parts of your body.

Or, if those parts feel like they won’t obey during an attack, pick a body part that will respond, such as your toes or your shoulders. The more you can breathe deeply and relax, the easier it will be to cope.

Talk To Yourself
When you give yourself permission to have the attack, say it out loud. Remind yourself that the attack will end, and it won't kill you or cause you to faint.

Carbonell said that understanding the physiology of fainting and reminding yourself of it is important. People faint when their blood pressure drops. A panic attack can make you feel like you're going to faint, but you won't because your blood pressure doesn't drop during an attack. Remind yourself out loud of truths like these to counter your fears.

Return To The Present 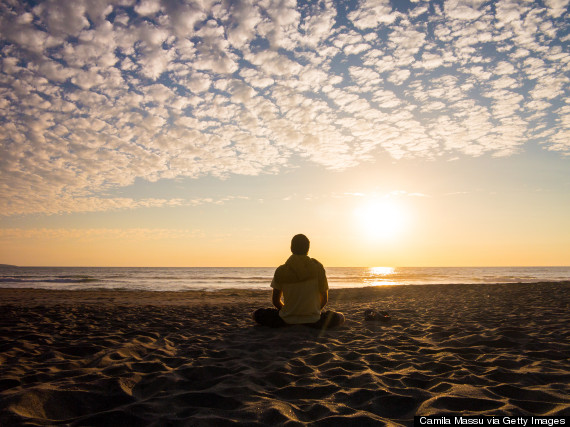 Although your gut response might be leave the stressful situation immediately, don’t. "Let your anxiety level come down," advised Carmin. Then you can decide if you want to leave or if there's a way to get back to whatever you were doing when the attack started. Staying in the moment will help you overcome anxiety, but it's hard to do this at first.

"It's one of the things I respect the most about people I work with, that they are taking the leap of faith, and willing to do the things that terrify them," Carmin said. "That takes a lot of courage."

Seek Help
People often fear the worst when they're having an anxiety attack. Most of the time, there’s no underlying physical problem, such as a real heart attack. But you should get the medical all-clear if you have repeat episodes, just to be sure you don't need additional treatment. Then find a cognitive behavioral therapist with experience treating anxiety to help you through.

More from Everyday Health:
The Crash: What It's Like To Be Depressed With ADHD
4 Things You Can Do This Week to Be a Happier Person
10 Phobias That Can Really Make You Sick

How To End An Anxiety Attack originally appeared on Everyday Health.