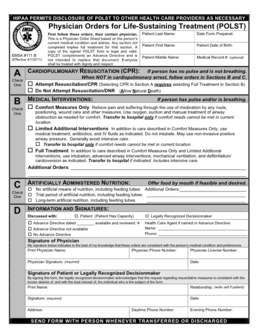 Nobody gets out of here alive, as somebody said -- we all eventually die. But we don't like to talk about that, even with our doctors. And as the New York Times just editorialized, some politicians like it that way and have done what they can to keep us ignorant of our choices and to keep our doctors ignorant of what we desire toward our ends. Remember those nonexistent "death panels," a figment of politicized paranoia? The sad and maybe even lethal irony here is that, as with so-called "pro-life' activism about reproduction, such politicization most likely has the opposite effect of what's intended -- more suffering and less control over our own lives.

There's a better way, and some people and even states are moving forward, despite some lingering opposition by political opportunists, certain religious "leaders," and the like. As noted by the Times:

Fortunately, advance planning for end-of-life decisions has been going on for years and is continuing to spread despite the demagogy on the issue in 2009. There is good evidence that, done properly, it can greatly increase the likelihood that patients will get the care they really want. And, as a secondary benefit, their choices may help reduce the cost of health care as well.

One of the advances the Times recommends is a relatively new tool called POLST -- Physician Orders for Life-Sustaining Treatment. It's another type of medical/legal "advance directive" that can give you, and your loved ones, more input in how you are treated -- or not treated -- when gravely ill, even if you can no longer express your wishes. Doctors often recommend it too, once they learn about it, and there is a concerted effort to spread awareness about POLST around the nation. It can allow you and your -- or any -- doctor to act in according to your preferences for medical care as you are dying.

In a new practical piece I've co-authored, Keith Loring, M.D., a physician who just dealt with the death of his father says this:

When it came time for my family to discuss end-of-life care issues for my father, the POLST framework was invaluable. It greatly facilitated early and useful dialogue and allowed us to come to a very comfortable consensus despite a longstanding history of disagreement over his earlier long-term care issues.

Our article includes links to the California POLST site and for the form itself (the sample above is just the first of two pages; it also should be printed on a specified color paper, which leads to POLST often being referred to as "that bright pink thing"). Other states have their own sources -- unless they've been blocked by the boogeyman of "death panels" and the like. Some states also allow some nurses to fill out the form with you -- we've tried to get that policy adopted here in California, but not yet- but however it's done, it's worth it. If you live in a state other than California, check here for your options.

Even if your state does not (yet) have a POLST option, consider documenting your preferences using other forms, like a living will, durable power of attorney for health care, and the like. You can learn more about these here. And talk with your doctor and other caregivers, and your loved ones about this. I can tell you from many experiences in many places that you'll be doing everybody a favor, including yourself.