The Tiger is dead. Sheikh Nimr al-Nimr ("nimr" is Arabic for "tiger") was executed by the Saudi government for speaking out against absolute monarchy and pushing for people's participation in governing themselves. The mass executions of 47 people last week marked a turning point that will perhaps be a harbinger of what this year will look like for Saudi Arabia.

The timing of the executions was carefully chosen and was aimed at silencing domestic anger over economic decline and the failure of regional policies. The truth is that the Saudi government is on the ropes.

First, there is a Saudi-Yemen quagmire of a war, which has burnt billions of dollars and made the Saudi government look pretty weak and unable to defeat the army of the poorest Arab state -- even with a 10-country coalition and, indirectly via arms sales, American and British help.

Next, in Syria, the Saudis kicked and screamed to have the U.S. topple President Bashar Assad's regime on their behalf but U.S. President Barack Obama did not, even when his alleged red line of chemical weapons was crossed. Then came the Russian intervention that put an end to the Saudi project. That was symbolized by the Russian killing of the Saudi-backed leader of Jaish al-Islam on Dec. 25.

Many in the kingdom were dismayed by the recent budget announcement as they expected King Salman to fulfill his promises of economic prosperity.

Finally, there is Iraq and its progress in defeating the so-called Islamic State -- albeit at a slow pace. The Saudis tried for years to create instability in Iraq to prevent the country from emerging as a Shiite-led government that represents its Sunni population. This explains the Saudi policy of allowing thousands of Saudi men to travel to Iraq to fight Iraqi and American troops and bring death and destruction to the country. A stable Iraq is a natural economic and political competitor.

And then there is Iran, Saudi's long-time regional nemesis, who is now coming back to the international arena with more than $100 billion from frozen assets and a warmer relationship with the West. The Saudis have tried for years to get the U.S. to bomb Iran on their behalf but it did not work. The kingdom mounted one of its most aggressive diplomatic campaigns ever to block the P5+1 nuclear deal with Iran but to no avail; it was possibly their worst political defeat of 2015.

Against the background of this grim reality, the Saudi government needed to show strength to its domestic audiences while quickly running out of options to do so. They opted for mass executions as a tactic designed to distract and deflect.

The people are becoming increasingly disillusioned and angry with their government's domestic and economic policies.

The executions came four days after the publication of the abysmal 2016 state budget, which is smaller than the previous year now that the low oil prices and the Yemen war have taken a financial toll. According to the Saudi Ministry of Finance, oil revenues in 2015 have shrunk by 23 percent compared to 2014. This means that oil revenues will decline even further in 2016, as oil prices are set to slide down with the Iranian oil coming back to an already saturated market.

Many in the kingdom were dismayed by the budget announcement as they expected King Salman bin Abdul-Aziz Al Saud to fulfill promises of economic prosperity he made at his coronation last January. The people are becoming increasingly disillusioned and angry with their government's domestic and economic policies, and the government's foreign policies are slowly becoming less popular as well.

Furthermore, the Saudi riyal, currently pegged to the dollar, is facing greater pressure and would most likely be floated and lose value. This will bring unprecedented inflation and greater domestic grumbling, considering that the country imports most of its food and consumer goods.

After his execution, Nimr is emerging as an icon to the Shiite Arab community.

The aftermath of the executions gave the Saudi government some breathing room after a mob ransacked their embassy in Tehran. The Iranians gave the Saudis what they wanted on a golden plate. The Saudi government's Sunni political base is now united behind it against Iran and is licking its economic wounds. As the Arab proverb goes, "There is no greater sound than the sound of battle." The government believes it can rally the people -- mostly its Sunni base -- behind it, while effectively silencing dissent by framing its confrontation with Iran in sectarian terms, something the Saudi government did successfully in the 1980s. That's why the Saudi regime will resort to increased reliance on its Wahhabi religious clerics to endorse its domestic and regional polices. This was clear in King Salman's reception with all the top Wahhabi clerics on Wednesday. The country, it seems, will be receiving a greater dose of religion. If you cannot give them money, feed them religion. This has worked well in the past, but it will prove harder now, as the population is much more educated and connected and has greater expectations from their government. A Saudi-Iran spat means a rise of sectarian tension, which will victimize the Saudi Shiites first and foremost. But after his execution, Nimr is emerging as an icon to the Shiite Arab community. There may be as many as four million Shiites in Saudi Arabia, and they dominate the largest Saudi region, which is also where the majority of the country's oil fields are.

The fate of Arab governments who have executed Shiite religious leaders is haunting. Nearly all of them have collapsed.

The U.S. did not condemn the execution of Nimr but it did send an important message by calling him a political activist and a religious cleric and by including his full name in a White House readout of Obama's phone call with Iraqi Prime Minister Haider al-Abadi. This shift may have been related to its balancing act between its current Saudi ally and its emerging Iranian partner. The fate of Arab governments who have executed Shiite religious leaders is haunting. Nearly all of them have collapsed. The Saddam Hussein regime executed Muhammad Baqir al-Sadr. Many believe Muammar Gaddafi killed Moussa al-Sadr, which Gaddafi and his subordinates denied. Ali Abdulla Saleh had government forces kill Hussein al-Houthi. And Mohamed Morsi of Egypt was overthrown 10 days after the killing of Sheikh Hassan Shehata.

Will Nimr's execution curse the Saudi monarchy? Only time will tell but certainly the roar of the tiger remains loud and will create greater difficulties for the monarchy as a new generation of Saudi Shiites now have a martyr of their own.

This May Be the Beginning of the End of the Saudi Monarchy
Shia and Sunnis: Explained 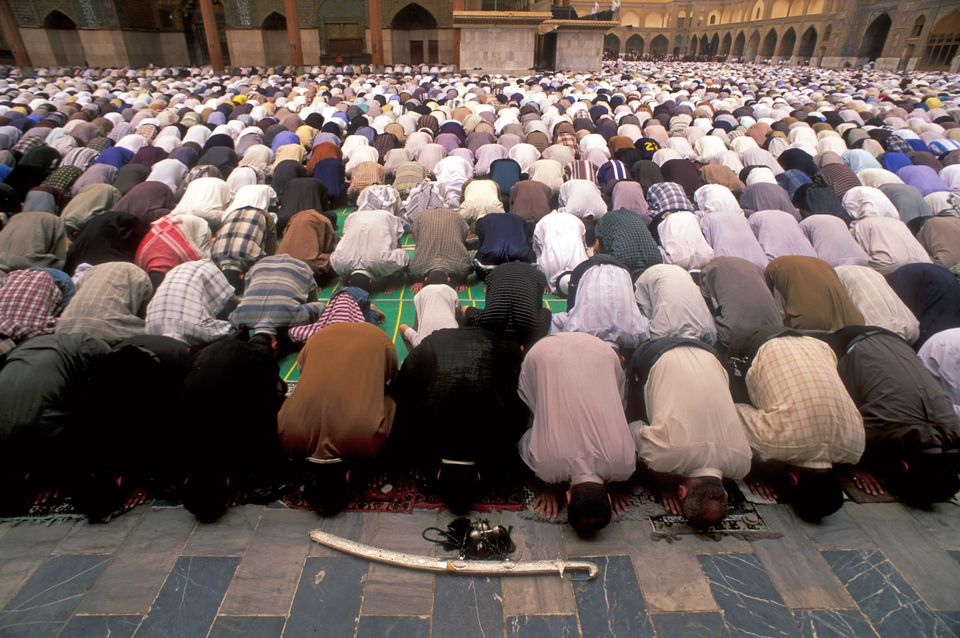 1 / 4
Sunnis and Shias: Explained
<em>Sunni and Shias praying together in Baghdad</em> <br><br> To understand the differences between Sunnis and Shias, it's important to note crucial similarities - and their historic co-existence. <br><br> Both sects share the tenets of <a href="http://www.huffingtonpost.co.uk/news/islam/" target="_blank">Islam</a>, including their faith in a monotheistic God and <a href="http://www.huffingtonpost.co.uk/amelia-amin/sunni-and-shia-islam-what_b_5254276.html" target="_blank">the belief that Muhammad was the prophet on earth. </a>They also share rituals such as pilgrimage to <a href="http://www.huffingtonpost.co.uk/news/mecca/" target="_blank">Mecca</a>. And all Muslims believe in the Sunnah, verbal records of the prophet's teachings. <br><br> These similarities have facilitated the <a href="http://www.aljazeera.com/indepth/opinion/2013/07/2013719220768151.html" target="_blank">largely peaceful co-existence of Sunnis and Shias</a> throughout the history of Islam, although there have been flash-points such as the tensions we see today. <br><br> These sporadic events have their roots in the disagreement between believers and their preference of who should be eligible to succeed the Prophet Muhammad following his death in the 7th Century. <br><br> Since then they've adopted differing doctrine, law and theology.
Images & Stories / Alamy