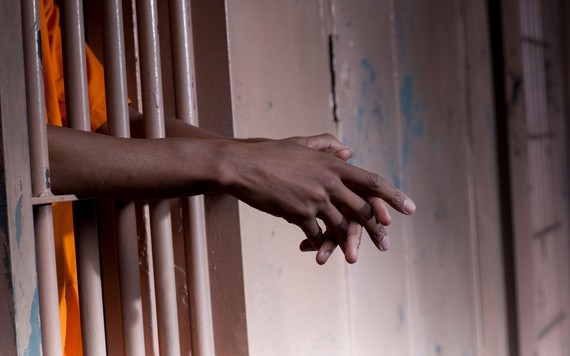 In an historic moment yesterday, President Obama used his executive authority to end the use of solitary confinement for youth in the federal prison system.

This action is incredibly important to the numerous youth who are prosecuted and sentenced as adults in the Federal Bureau of Prisons (BOP) each year. Youth housed in adult facilities are often subject to solitary confinement as a perverse means of "protecting" them from the adult population; making the abuse even more egregious for this population. Citing a Department of Justice review of the overuse and abuse of solitary confinement by the BOP, Obama called upon our "common humanity" to end this torturous practice.

The 53 recommendations drawn by the Department of Justice will apply to the BOP and the U.S. Marshals Service, but also sends a strong message to states to create a less harmful environment for those in its care. The recommendations state that youth under age 18 "shall not be placed in restrictive housing." They further state that in "very rare" circumstances when there is serious and immediate risk of injury to another person, a youth may be removed and placed in restrictive housing as a "cool down" period--but only in consultation with a mental health professional. While the recommendations stop short of articulating a specific maximum length of time allowed in those "very rare circumstances," the recommendations clearly state that youth under 18 don't belong in isolation, period.

But the recommendations go farther, and include recommendations for youth ages 18-24 that include training all correctional staff on young adult brain development and de-escalation tactics; developmentally responsive policies and practices including therapeutic housing communities and services to reduce the number of incidents that could lead to restrictive housing; and call to limit the use of restrictive housing whenever possible, and if used, to limit the length of stay and to identify appropriate services they can receive while in restrictive housing.

These recommendations are important first steps to ending the use of solitary confinement for youth. The harmful effects of solitary confinement are well documented. Individuals subjected to such extreme deprivation, locked in isolation for 23 hours a day for weeks, months, and even years, are linked to devastating, long term psychological consequences including depression, anxiety, and withdrawal from other individuals. For youth whose minds and bodies are still growing and developing, these consequences are amplified and too often lead to dire consequences including self-harm and suicide. In fact, the Department of Justice found that youth in solitary commit suicide at twice the rate of adults; and other research has shown that youth in solitary in adult facilities are 36 times more likely to commit suicide than if they were housed in the juvenile justice system.

In his announcement, President Obama stated, "We believe that when people make mistakes, they deserve the opportunity to remake their lives. And if we can give them the hope of a better future, and a way to get back on their feet, then we will leave our children with a country that is safer, stronger, and worthy of our highest ideals."

While we certainly applaud President Obama for taking this momentous step forward, we urge him to take further actions to protect youth in federal custody, such as preventing them from being in adult facilities to begin with. In 2012, the recommendations made by the Attorney General's National Task Force on Children Exposed to Violence, included the charge to abandon practices like solitary confinement, which traumatize children and reduce their opportunities to become productive members of society. However, the report also recommends "whenever possible, prosecute youth offenders in the juvenile justice system instead of transferring their cases to adult courts." We urge the president to use his remaining time in office to implement this recommendation by "strengthening federal regulations and essentially prohibit states and localities from incarcerating any person younger than 18 in an adult prison or jail as a condition of federal funding."

It is long past due that our country starts treating children like children. Ending the practice of placing youth held in federal prisons in solitary confinement is a critical step toward this broader goal. Now isn't it time to ask why children are sentenced to time in federal prison at all?

Marcy Mistrett is CEO of the Campaign For Youth Justice, a national initiative focused entirely on ending the practice of prosecuting, sentencing, and incarcerating youth under the age of 18 in the adult criminal justice system.