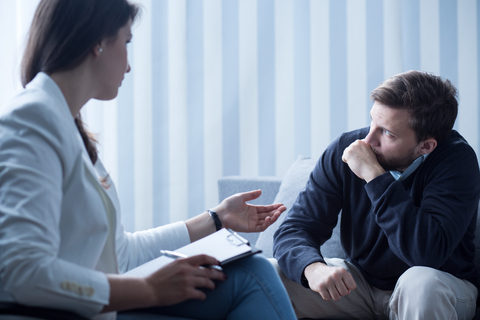 The war on drugs has only made people more likely to use them, suggests a commission of medical and health policy experts. The John Hopkins-Lancet Commission on Drug Policy and Health released a report this month ahead of the April 2016 UN General Assembly Special Session on Drugs to urge participating officials to move away from prohibition-based policies in setting the new 2030 Sustainable Development Goals. In their report, the commission condemned the goal of complete drug prohibition as actually causing greater levels of violence, disease, incarceration and death throughout the world. As an alternative, the group encouraged health officials to base their drug policies on evidence-based research in order to decrease the threats posed by drug abuse, including addiction and crime.

If you pay attention to drug policy on an international level, there should be one country that comes to mind when discussing evidence-based drug policies for better health outcomes: Portugal. After suffering from record numbers of new HIV/AIDS infections and deaths related to drug overdoses, in 2001 all drugs were decriminalized in Portugal in an effort to recognize the country's widespread drug abuse as a public health crisis, not a criminal surge. Despite fears that drug use would skyrocket, the results have been overwhelmingly positive. A 2015 survey found that Portugal had one of the lowest rates of deaths related to overdoses in all of Europe. The way Portugal has transformed from a country struggling with an epidemic to a model of effective drug policy is a powerful testament to what is possible if we embrace evidence-based research in national drug policy.

Compared to Portugal, where addiction is now widely accepted as a medical problem rather than a criminal issue, the United States has a steep road to climb. The negative effects the Hopkins-Lancet Commission saw in our international prohibition-based drug policies have also found a home in our domestic territories, to our detriment. Drug possession of any kind is a crime in America, and a drug-related arrest is more likely to land you in jail than a treatment center. While there is evidence that several different types of treatment can help addicts, the evidence is clear: cycling someone through the criminal justice system without treating the addiction that brought them there is more likely to result in recidivism than recovery.

Of course, the true irony of incarcerating someone for drug use lies in the reasons why someone might use to begin with. Addiction has two major components: psychological and biological. Scientific evidence shows a clear relationship between drug abuse and brain chemistry to the point that the brain's basic functioning is disrupted and ultimately bent to focus on a single purpose: drug seeking behaviors. Anticipating the endorphin rush the brain experiences following the use of opiates, the brain manipulates itself to encourage the individual to seek out and consume their drug of choice above all else.

But addiction is not just a manifestation of neurotransmitter behavior; it can also be an unhealthy coping mechanism developed in response to a traumatic event. An experience that overwhelms an individual's ability to process what has happened to them or that they perceive to threaten their life or safety, traumatic events can seem like impossible burdens to carry for those left without a supportive social network or treatment options. While trauma is not by any means a precondition for addiction, an assessment tool developed in the early 2000s that measured the relationship between traumatic experiences and health outcomes found a significant correlating relationship between trauma and substance abuse later in life. By sending addicts to facilities notorious for human rights abuses and degrading conditions, as we know jails and prisons to be, we are only increasing their likelihood of experiencing further trauma and eventually returning to addiction as a means to cope.

If we are serious about decreasing the number of drug-related deaths in this country, we must consider policies consistent with our evidence-base and with proven track records of success. It is not only heart breaking to watch someone struggle with addiction while going in and out of prison; it is unnecessary. That is how we treat addicts in this country, and it has to stop.