An endangered Asiatic lion was rescued after it fell into a 60 foot deep well by forest officials in India. 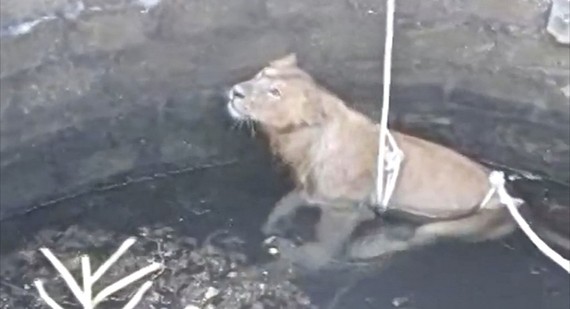 The lion was found to be a 8-year-old male, and was seen roaming around the well when it slipped and fell in. The lion waited in the water until forest officials managed to get two ropes around the animal and pull it out of the well into a cage.

Video is also available of the heroic rescue.

"It was in good health despite the fall," Ramesh Katara, deputy conservator of forestry in the Junagadh district, told The Indian Express. "But we have sent it to animal care center in Sasan-Gir as a precautionary measure. It will be kept under observation there for some time before we release it in the wild."

Great job to these heroes.