The most powerful environmental law on Earth, the Endangered Species Act (ESA), is under the gravest assault it has ever faced. Last week I spent time in Washington, DC briefing US congressional leaders on ESA threats and brainstorming about how to safeguard this venerable law.

The ESA has faced previous formidable challenges. While it has withstood some, it has succumbed to others. One of the most strident attacks occurred when Rep. Richard Pombo (R-Calif.) introduced the Threatened and Endangered Species Recovery Act of 2005. While his fulminations against the ESA failed, the 2011 gray wolf delisting quietly proposed by Montana Senator John Tester (D-Mont.) as a federal budget rider succeeded. This unorthodox pathway to delisting opened a Pandora's box of species attacks. 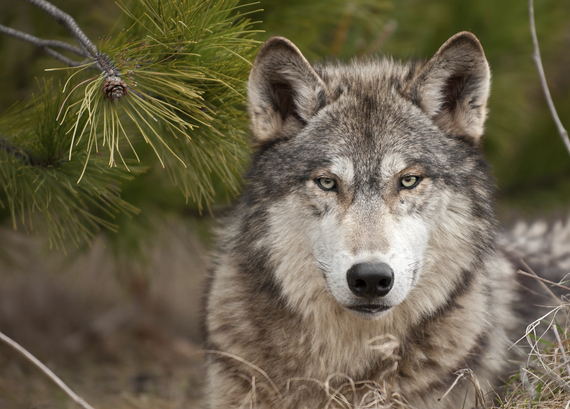 Our legislators have attached myriad insidious riders to the National Defense Authorization Act of 2016 (HR 1735), which passed in the House of Representatives on May 15, 2015. Many congressional offices I visited were unaware of some of these riders, which are literally buried in the bill. (It's necessary to scroll far down in this 934-page bill to find them.) One rider calls for eliminating possible protection for sage grouse, a species whose critical habitat is severely threatened by energy development and cattle ranching. Another would halt recovery efforts for the sea otter. Beyond the ESA, many of these riders also threaten other benchmark environmental laws, such as the Clean Air Act and the National Environmental Policy Act. 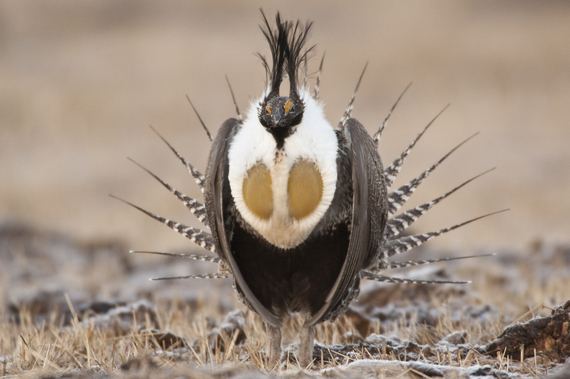 Some of the bills under review would eliminate the right of citizens to sue the government if they think the ESA is being misapplied, would obviate the use of "best science" as mandated by the ESA, and would counter "critical habitat" consideration for species risking extinction. Some would apply economic and state political filters as criteria for listing species.

Taken individually, each bill and rider represents a significant menace. Taken collectively, a disturbing picture emerges of a smoothly-orchestrated effort to gut the ESA. While it is troubling to see proposals to remove current or future protection for sensitive species such as the gray wolf, red wolf, sage grouse, grizzly bear, wolverine, and many others, equally troubling is this unconstitutional effort to open our natural resources for corporate exploitation.

Beyond a Noah's Ark approach to saving species, the ESA safeguards ecological processes, such as predation, and maintains biodiversity. Today best science tells us that the most effective way to mitigate climate change is by maintaining ecological resiliency. The ESA protects keystone species, such as the gray wolf and sea otter, which create more resilient ecosystems by increasing biodiversity of entire food webs--a mechanism called trophic cascades. According to the journal Science, at time when climate change is already greatly accelerating extinction, we should not encourage further extinction.

We've made enormous national conservation policy inroads since the 1940s, but we risk losing all we have gained. In 1948, when Aldo Leopold entreated us to "think like a mountain" and conserve species such as the gray wolf due to their ability to benefit entire ecosystems, he also emphasized the importance of keeping "every cog and wheel" when managing public lands. Today, thanks to his influence and that of leaders such as Rachel Carson, no other nation on Earth has a policy safety net with the strength and beauty of our American environmental laws. To preserve our American environmental heritage at this critical juncture, please urge your senators and representatives to maintain the integrity of the ESA.

I was speaking in Congress when the gray wolf was delisted in 2011 via a budget rider. Back then, as now, I watched the Obama administration allow the ESA to be used as a partisan bargaining chip. Today I see our presidential administration enabling the same thing. However, the strong avowal of the importance of the ESA by the majority of congressional offices I visited last week gives me hope that we will overcome these challenges.