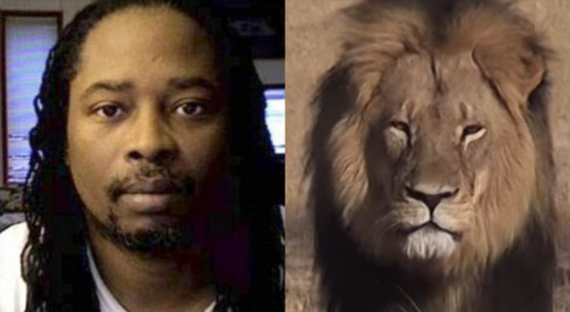 Americans really love animals. There is nothing that will make the heart of an American overflow with feelings of love like the sight of a puppy or a kitten. Animals have the power to transform people who are heartless towards other human beings into tolerant saints, and to change otherwise selfish, flighty people who can barely sustain a relationship for longer than a month into affectionate, generous caregivers. Like it does with every cultural phenomenon, America has turned concern for animals into an industry, with dog spas, gourmet food and vet care sales reaching approximately $65 billion dollars in 2014.

There's a pretty good case to be made that for White American society, the response to animal cruelty is the closest thing it has to a Black Lives Matter movement; go online and look at the outpourings of grief and financial assistance to people who have lost pets to abuse, and the intensity of hatred for animal abusers. Woe to the person who harms an animal, or is even accused of doing so, for animal lovers will make your life a living hell. Ask Mike Vick.

I grew up with dogs and cats that I loved. I was always devastated when one of them died and it would never enter my mind to kill an animal for the sake of collecting a trophy. I hate animal cruelty. I hate the cruelty that human beings inflict on each other as well, but for far too many people, it seems like anger and action over one type of cruelty is dependent on the complete disregard of the other.

The past month saw two tragedies happen that highlighted this disparity in compassion: the murder of Sam Dubose, a Black man in Cincinnati, and the killing of Cecil, a much loved lion in Zimbabwe. Sam was murdered by Officer Ray Tensing during a routing traffic stop for no reason other than Tensing's fear and need to assert his feelings of superiority; Cecil was lured out of his protected habitat and shot by Dr. Walter Palmer for the same reason. Both killings have sparked outrage, but only the death of Cecil has created a worldwide firestorm of shock and horror.

Ordinary people, celebrities and governments have stood up to condemn Cecil's death with emotional statements and the introduction of legislation to outlaw the trophy hunting that led Walter Palmer to kill him. Sam Dubose hasn't been that lucky. No talk show hosts choked up on television over him. No officials from other countries have gone on record to condemn his senseless murder and the racist American police culture that contributed to it. There certainly hasn't been unconditional outrage from White America over it; within hours of the news of Dubose's death, people were commenting online attempting to find justifications for his murder.

Some people say that moral outrage isn't a contest. It shouldn't be, but the fact that anger over the killing of an animal gets more attention than the murder of a human being is troubling, especially when political action is being taken to preserve the lives and punish the killers of African lions one month after Cecil's death while nothing concrete is in place to preserve the lives of African-Americans after nearly five centuries of countless Black lives taken in far more brutal ways.