It's way, way cooler than either.

The space shuttle Endeavour made a historic flight over San Francisco on Friday morning, marking its final passage in a historic cross-country journey honoring NASA workers and former astronauts.

(SCROLL DOWN TO SUBMIT YOUR OWN PHOTOS)

The shuttle was perched on the back of a Boeing 747 jet, which the Associated Press described as "the ultimate piggy-back ride." This was the same means by which NASA pilots transported shuttles from California to their home base in Florida for more than 30 years.

In addition to its passage over San Francisco's most iconic landmark, the Endeavour flew low and slow over the East Bay, Sacramento and Silicon Valley before heading down to Los Angeles. Locals viewed the event from Moffett Field, home to the NASA Ames Research Center in Mountain View.

Take a look at spectacular photos of the epic moment below, and be sure to submit your own if you were lucky enough to snap some: 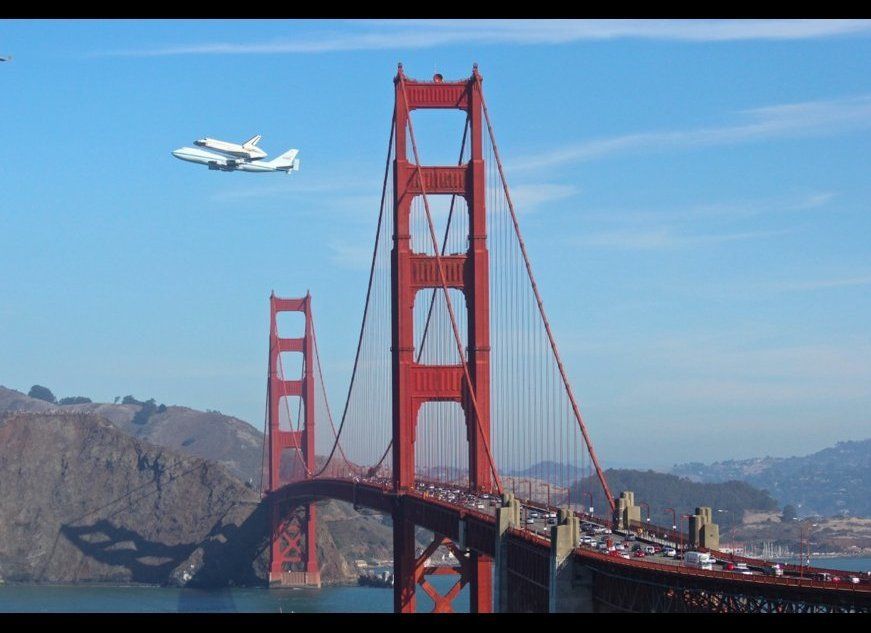