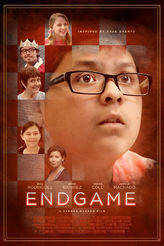 Chess doesn't gather nearly the audience that head bashing sports do, but every now and then the film industry turns to this highly intellectual sport for inspiration. Endgame follows 5-year-old Jose (Rico Rodriguez, Modern Family) who has learned how to play chess like his grandfather and joins the Brownsville school team where he has the chance to use his skills and, for once in his life, find himself in the spotlight. Based on a true story, this film will touch your heart and perhaps inspire you to indulge in the game. KIDS FIRST! Film Critic Morgan B. comments, "This film is a wonderful combination of emotions - one minute you are sad and crying, then the next you are happy and laughing." Benjamin P. adds, "Endgame is an interesting film with some good characters and memorable performances, but the plot could use a little work." See their full reviews below.

Chess, the game that is so simple, yet so complex and difficult is coming to your TV screen in this great film called Endgame on DVD. This film is a wonderful combination of emotions - one minute you are sad and crying, then the next you are happy and laughing. I love that the film does this and that it really makes you feel like you are there. 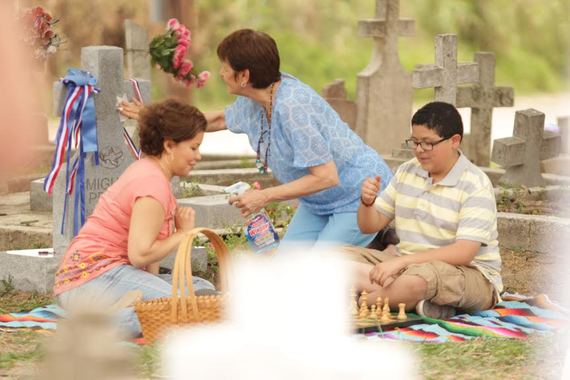 The acting in this film is very well executed, but my favorite character is Jose (Rico Rodriguez) who is one of the stars of Modern Family. He is goodhearted and loves to play chess just like his grandmother or Abuelita in Spanish (Ivonne Coll) who starts teaching him the game of chess at the age five. Jose is going through a tough time. We see him stumble and fall but friends, family, chess and determination come to the rescue. Karla (Justina Machade), Jose's mother is depressed and sad for many reasons and she is mad because her mother has taught her son how to play chess even though she doesn't approve. The principle (Jon Gries) doesn't think that there should be a chess club and that it is a useless cause. Mr. Alvarado (Efren Ramirez), a teacher at Jose's school thinks that all children should know chess and that it can change their world for the better. Sandy (Cassie Brennan) is adorable and very funny. I like that she tries to help Jose (Rico Rodriguez) when he is playing chess with other competitors by distracting them with her flirtations. She uses her girly charms to her advantage. 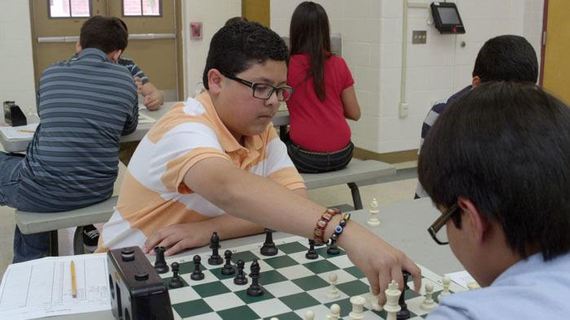 Movies that show women as strong mother and grandmother figures are so important to our youth. I love all the women in this film. They have many complex aspects to them. There is always a fine line between grandparents' and parents' roles which is funny because they all want the same thing - for their children to be happy and healthy.

My favorite scenes are those when Mr. Alvarado (Efren Ramirez) have the children play chess on a life size chess board and they are the chess pieces. I love these scenes because they are hysterical and this is great idea for children to learn how to play chess. I will be trying this with my friends and family now because it looks like so much fun.

The fact that it is based on true events is astonishing. I like that it is so real and well portrayed as it makes you become really engaged in the characters and the out-come of this true story. Hurray! I love the end of a movie when they have captions that tell you what happened to the real characters after this event in their timeline. 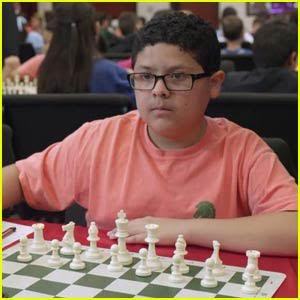 I wish that this film included just a bit more about chess and explained it a bit better. I have played chess many times and enjoy the game. Although you do not need to know how the play chess to enjoy the drama and family struggles, basic knowledge of the game helps you to better understand what is going on especially when they show scenes regarding competitions. I liked that they showed it as a game of strategy and that you need to know your opponents next move and never lose focus.

I recommend this film for ages 9 to 18 and think adults will also like this film because it is about chess and they might even learn a new chess move or two. Children will learn from this film because they will be able to see Jose struggles and see how he deals with issues such as anger, frustration and hurt. I give this film 4 ½ out of 5 chess piece stars.

Endgame is an interesting film with some good characters and memorable performances, but the plot could use a little work. Although, at the end of the movie, I had a smile on my face.

At a very young age, Jose (Rico Rodriguez) starts to learn chess from his Abuelita (Ivonne Coll) but he has always been in his brother's shadow. When tragedy strikes, Jose receives a calling to become a chess champion. The movie is inspired by the true story about a school in Texas that built an champion chess team. 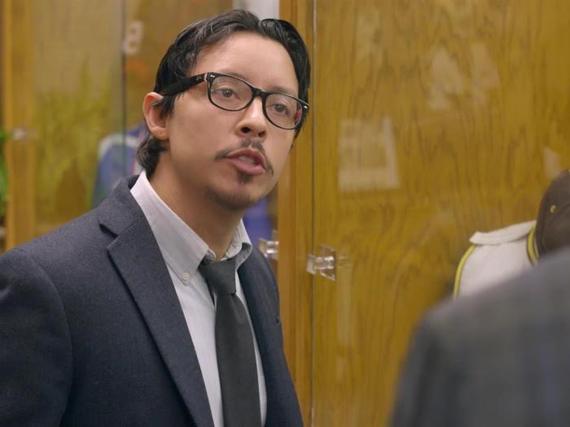 My favorite character is Mr. Alvarado (Efren Ramirez) because he never gives up on the kids and even spends his rent money to get them to a tournament. Another character I like is Jose's grandmother because she is always giving him good advice, encouraging him to do the right thing and she teaches him to play chess. There are other performances that stand out for me. Rico Rodriguez puts a lot of effort into his role and he is very believable. So does newcomer Alina Hererra who plays Jose's friend and is the person who gets him interested in playing chess for the school. 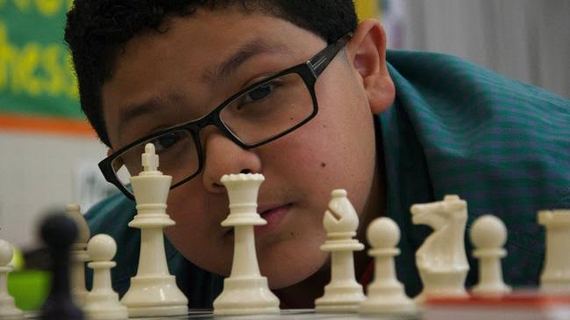 As much as I like the characters and the actors, the plot is uneven and I feel as if I've seen parts of it in other films. Some scenes are pretty inspiring, but others just feel cheesy and stylized. When the plot tries to take an emotional turn, sometimes it ends up going flat and didn't resonate with me. I enjoyed the ending of this movie anyway because it is a pleasant surprise. 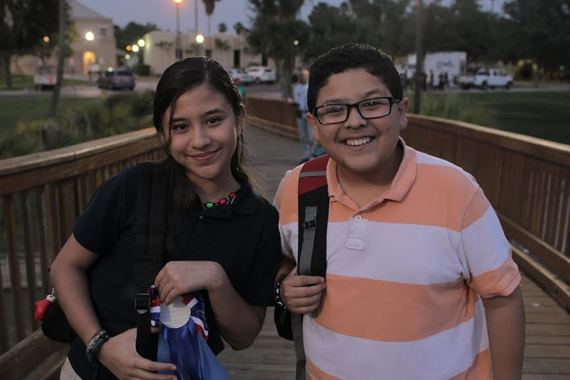 Compared to films about baseball or football, chess doesn't get much attention in the film industry, so it is nice to see it recognized in this film. I am also surprised how deep the film delves into social issues. The ending also managed to surprise me in spite of the plot problems in how it was executed. I like some of the music in this film and it really signals the right tone in some scenes.

I recommend this film for ages 12 to 16 due to some language and some crude humor. I give it 2 out of 5 stars. It's not perfect but if you like Rico Rodriguez from the TV series Modern Family or chess, you'll probably enjoy Endgame. 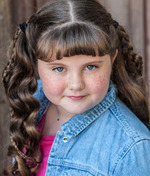 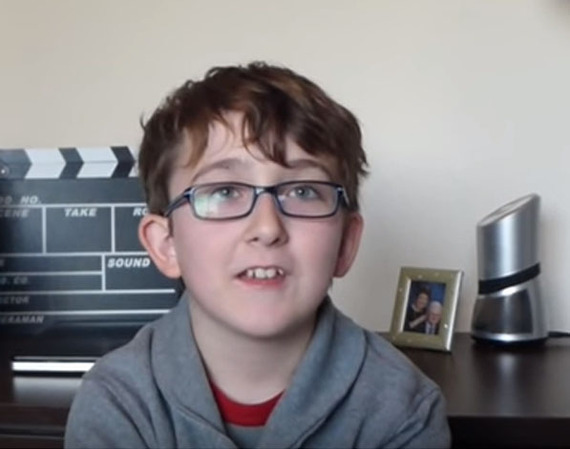