Almost every woman has toiled before the mirror, trying desperately to look "professional." Photographer Endia Beal explored this frustration that occurs so often in the corporate sphere, this feeling of otherness that asks women, quite simply, to change. For minority women this change is often far more difficult, as the ideal corporate appearance remains, in most cases, the white male. 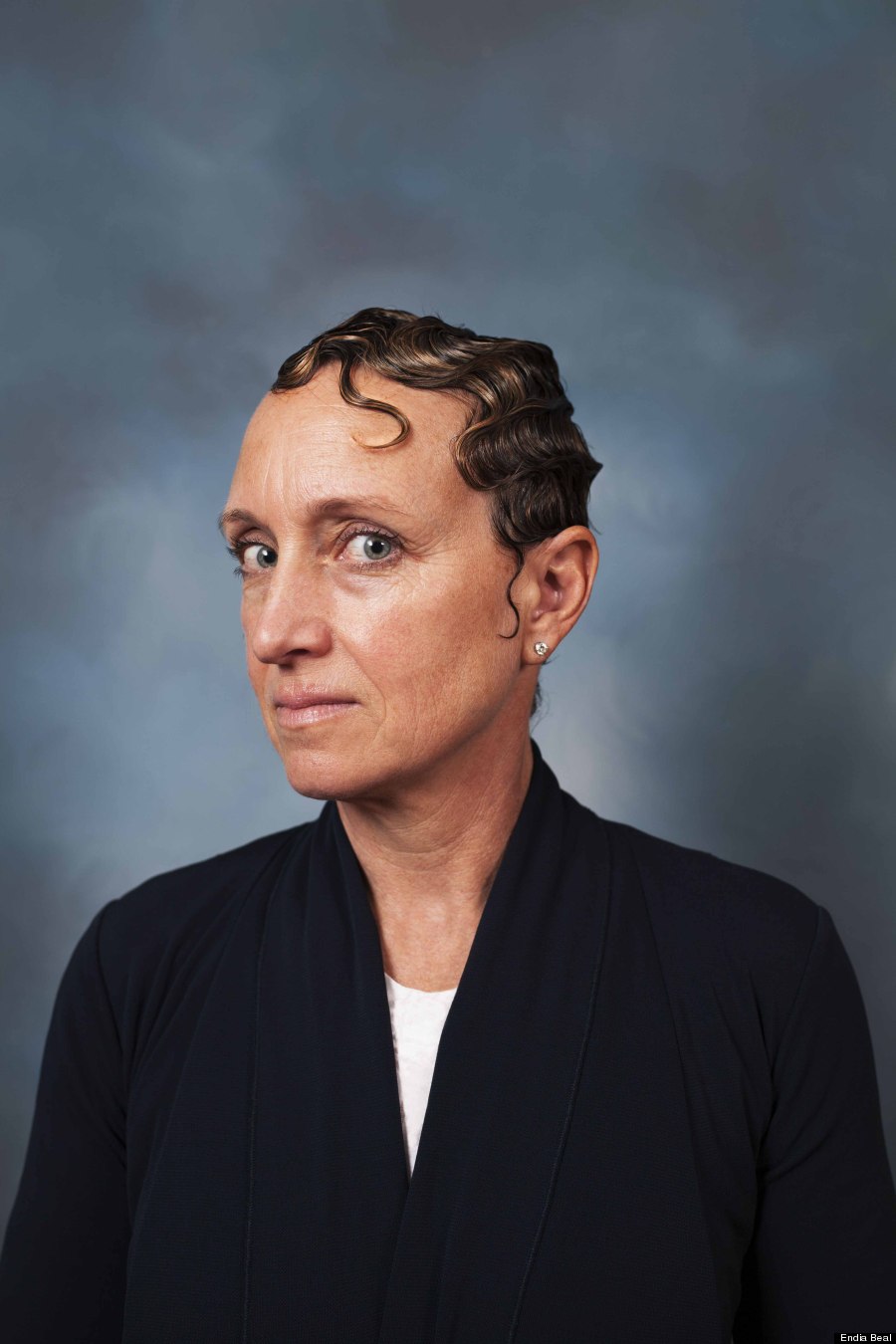 For a photo series entitled "Can I Touch It?" Beal approached white women in their forties -- some colleagues, others strangers -- and gave them a hairstyle typically seen on black women. After the makeover, the revamped women posed in corporate portraits, suits and all, donning their corn rows, braids and finger curls. The resulting images offer a striking juxtaposition of the women's demure button-ups and pearls and their intricate, seemingly out-of-place coifs.

Yet the most compelling aspect of the photos is not necessarily the physical discrepancy between a white woman and her black hair, but all of the complex histories, assumptions, silences and transformations that make such a discrepancy so apparent to the viewer. We reached out to Beal to learn more about this thought-provoking project. 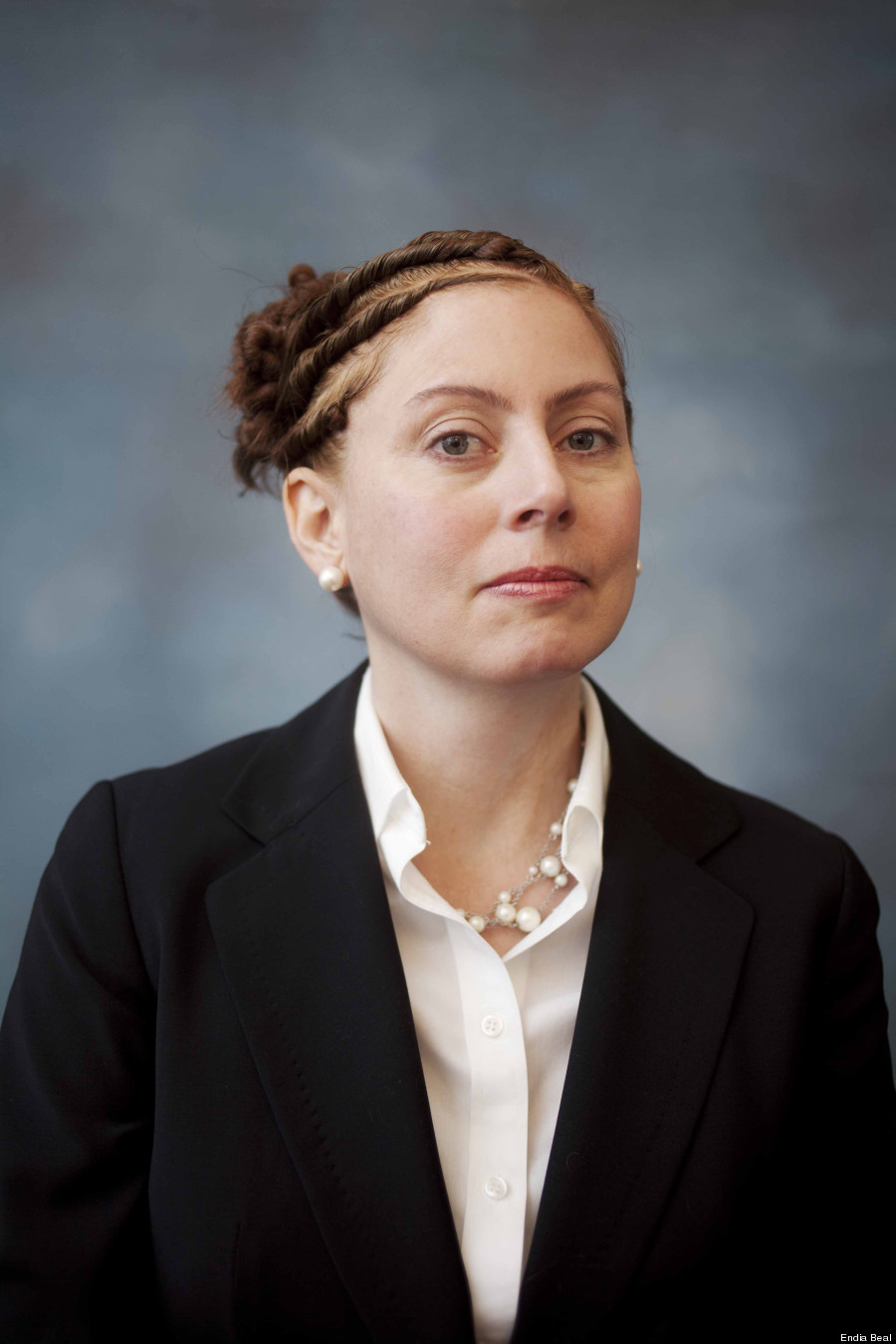 What inspired you to do embark upon "Can I Touch It?"

I recently graduated from Yale with a masters in Fine Art and while I was there I was interning at the IT department. I am 5'10" and I have a big, red afro. And most of the office was men. White men. A friend of mine told me the men in the office were interested in my hair, kind of fascinated by it. So I set up two cameras in the middle office space and allowed them to touch my hair. Only, I didn't want them to touch it, I wanted them to pull it. A lot of the men were white and it was the first time they had ever touched a black woman's hair.

A week later I interviewed the men and asked them how they felt about touching my hair, if they liked it. Participating in this project was very new for a lot of them and made them feel -- weird.

And what about the photos?

After that experience I shared it with a few of my colleagues and many people could relate to feeling other within the corporate space. I was trying to think of a way to take it to another level, while dealing with the issue of performativity in the corporate space. So many minority women have had to change the way they look to fit in in a corporate space. I approached colleagues and other women who were recommended to me, and they allowed me to change their look and give them a new hairstyle. With this project I want to explore the corporate space and how women feel within that space. This idea of performativity crosses racial lines, gender lines and generational lines -- people literally change themselves to fit in certain environments. 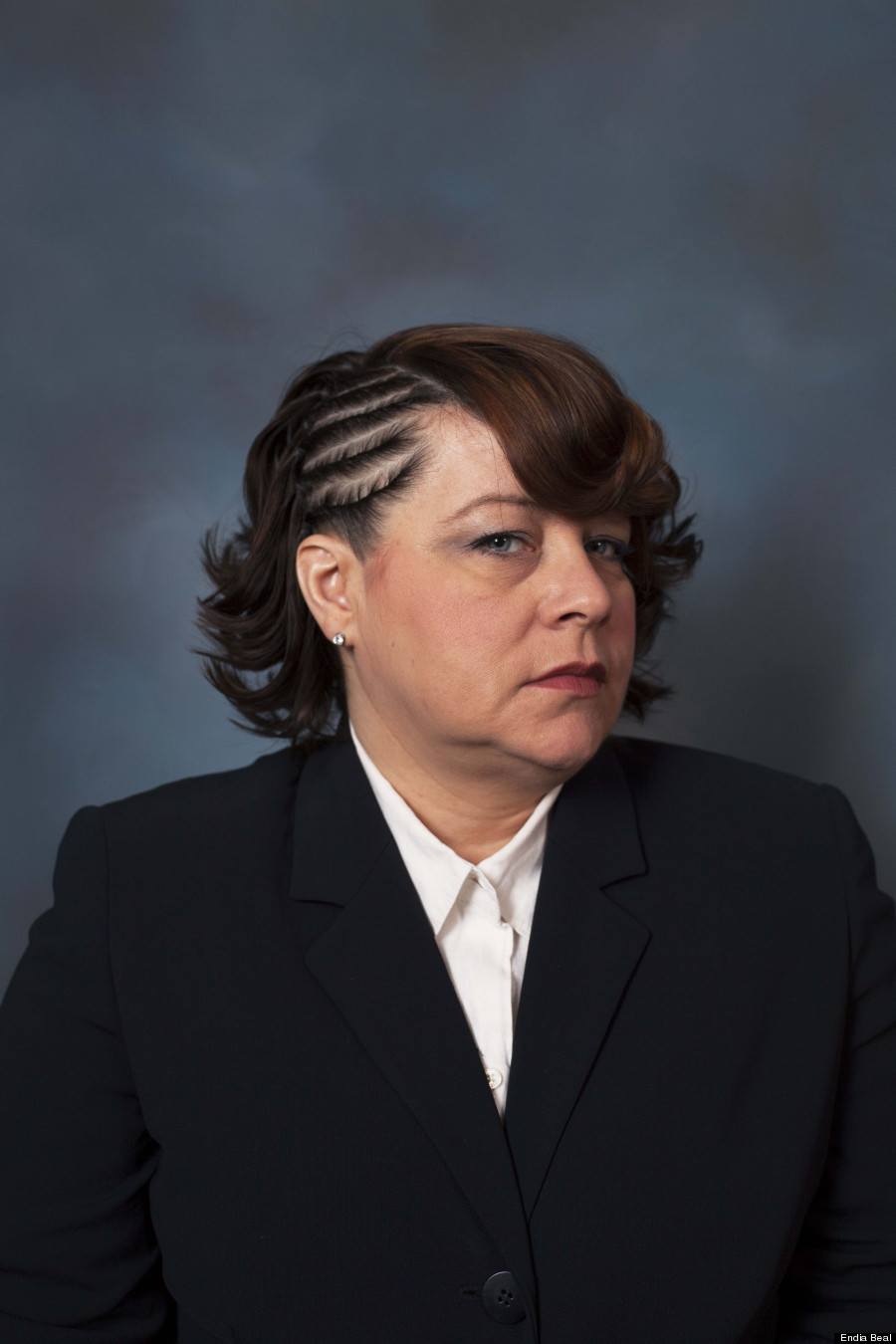 How did you wear your hair growing up? Was finding a style something you struggled with?

Every hairstyle that the women are photographed with I have had before. I found that it was a real psychological transition when I had a perm and then decided I was going to go natural. When I decided I was going to cut off my hair I questioned whether I should or not because I kept worrying about how I would be perceived. I knew I would have an afro and having an afro, historically, has a very militant background. For job interviews I would always straighten my hair, and even when I wore my afro to work I knew it was going to be the elephant in the room.

How did the women respond to the project?

I came in with a certain perception. I thought these women would not be able to relate to a 28-year-old black woman in the corporate world, but the response was amazing. So many women had similar stories. One woman, whose name was Desiree, told me her employers once asked her to change her name, because it was inappropriate. Another woman had her boss tell her that her hair wasn't appropriate for the boardroom and asked if she could send a representative in her place. It's not just a minority thing. It's a woman thing. All women can relate to that experience in some way. So I really learned something through this project as well. 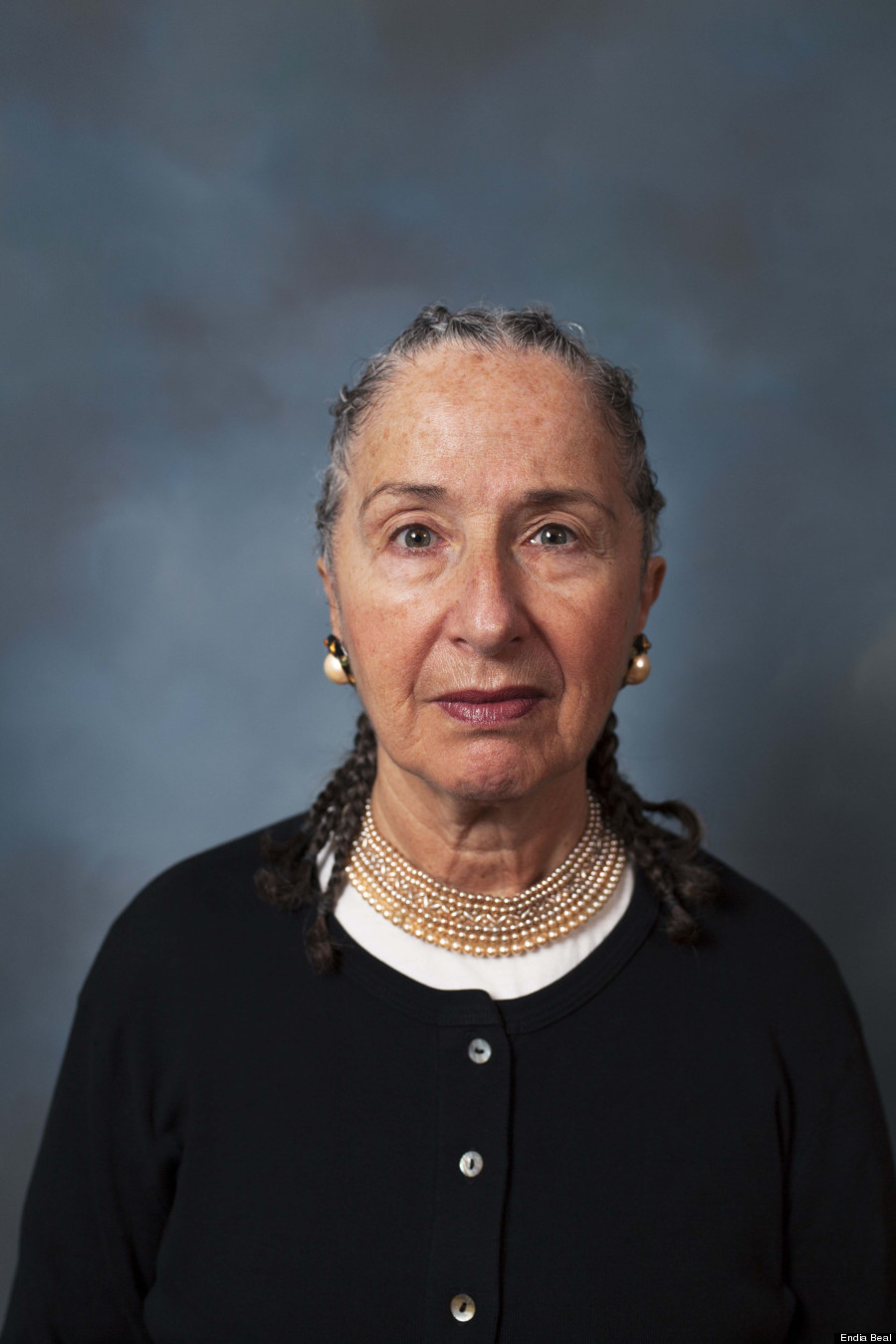 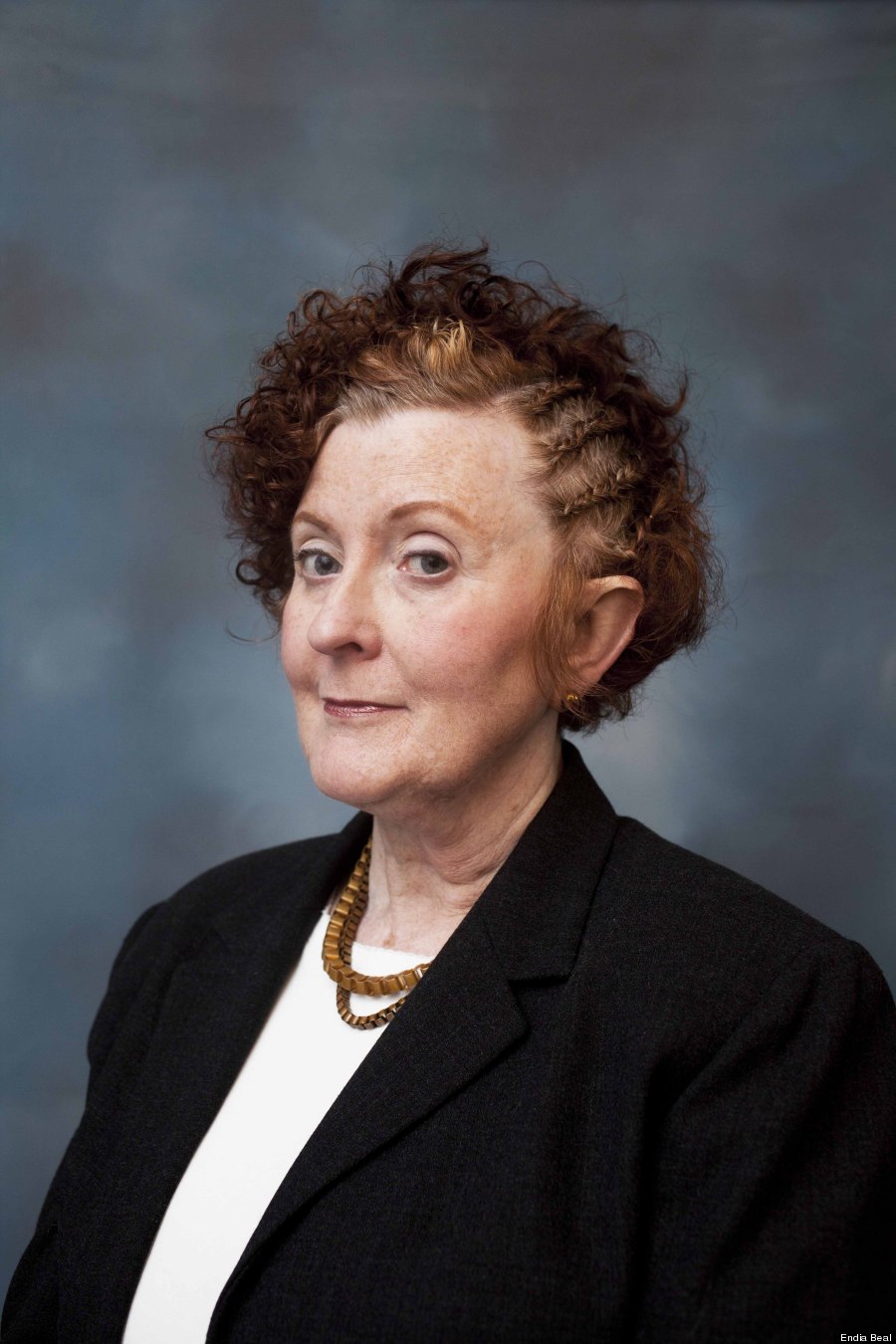