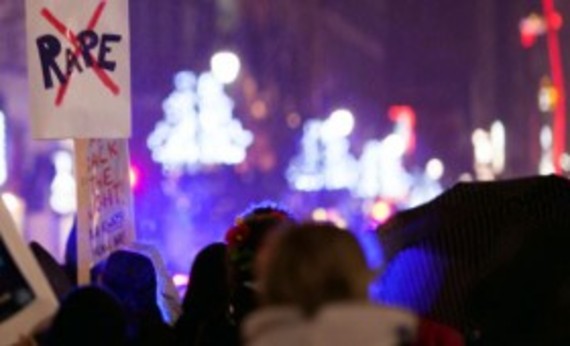 It seems like every week brings new and horrific stories of sexual harassment and violence on America's college campuses. Study after study shows that sexual harassment and violence are far too prevalent in institutions of higher education. AAUW, together with outspoken student advocates and survivor groups, has called for universities to do what's right and commit to finally ending sexual violence on campus. July marks a major landmark in this fight: Schools now have an official resource to help prevent sexual violence, one that students can also use to hold their schools accountable.

It took years of hard work and dedication to pass the Violence Against Women Reauthorization Act of 2013. Now that law's campus safety provisions -- sometimes called Campus SaVE or the VAWA Amendments to the Clery Act -- are supported by final regulations that require colleges and universities to take new and better steps to end sexual violence. AAUW documented the public process to develop these regulations, and the final language was released in October 2014. Now the rubber meets the road: These critical new rules from the U.S. Department of Education (DOE) go into effect today, July 1.

Yes, the VAWA Amendments to the Clery Act were signed into law a while ago --
March 2013 to be exact. But laws typically require regulations to provide detail and guidance for those who will use them, and those regulations take time. This is why July 1 is such an extremely important date: The regulations for the VAWA Amendments to the Clery Act rules are final and enforceable. Schools must follow them or risk investigation and action from DOE. This is great news for students, survivors, and higher education in general.

Here are some of the things schools must do this year to follow the law:

This last provision is a big deal. Why? Because it is the tool we've needed to spur a shift on campuses. While some schools have been making real efforts to address the epidemic of sexual violence, too many have been ignoring the situation -- or worse, sweeping it under the rug. Thanks to the VAWA Amendments to the Clery Act, schools must take proactive steps to be transparent in their prevention and adjudication efforts while working to support and educate students.

During this past academic year, colleges and universities should have jump-started a good-faith effort to follow the statute, even without regulations in place. They should already be collecting the new data on dating violence, domestic violence, and stalking on campus (in addition to data on sexual assault, which they have been collecting and reporting for years). And they should already be developing training programs for staff and faculty involved in reporting, investigating, and resolving sexual violence incidents.

DOE acknowledged that some of these steps will take time for schools to follow, and it has provided specific resources to help. Smart schools will avail of themselves of this information without delay and include students, faculty, and staff in their efforts. In addition, NotAlone.gov/schools continues to provide model policies, programs, and guidance to support schools looking to follow the law and make campuses safer for all. Neither advocates nor DOE are expecting schools to do this alone.

While this is the year that schools must step up, as always there may be bad actors. Are you curious about where your school stands? Check out its annual security report, which should be easy to find on its website. Annual security reports are a great tool and should include statistics as well as the steps the school is taking to comply with the new law. Think your school is out of compliance? Reach out and let the Department of Education know. With these regulations, along with awareness and action, we can work to finally end campus sexual assault.