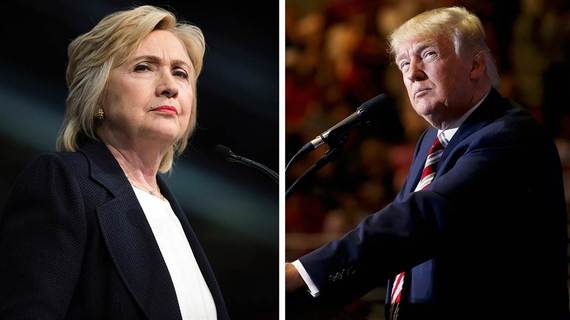 With the divisive 2016 election now behind us, and calls for healing and unity coming from political leaders, it's important to note that the fight against modern slavery is a bipartisan cause with widespread public support.

When the new Congress convenes and President-elect Donald Trump takes the oath of office in January, anti-slavery initiatives will create opportunities for cooperation and progress. Both Republicans and Democrats included platform planks to combat human trafficking during their national political conventions, with similar themes.

The Republican Platform: "We will use the full force of the law against those who engage in commercial sexual exploitation and forced or bonded labor of men, women, or children; involuntary domestic servitude; trafficking in persons for the purpose of organ removal; and the illegal recruitment and use of child soldiers.... We call for increased diplomatic efforts and accountability for foreign governments to prosecute traffickers, including penalties for any public officials who may be complicit in this devastating crime. We will highlight the need to stop slave labor, taking steps to prevent overseas labor contractors who exploit foreign workers from supporting military bases abroad or exporting goods to the United States. A Republican administration will strategize with partners around the world to prevent the demand for trafficking victims that makes exploitation lucrative and will prosecute sex tourists and domestic buyers to the fullest extent of the law. We will work at home and abroad to ensure that trafficking victims are identified among migrants, refugees, and our own citizens so they receive the rehabilitative care needed to heal and thrive."

The Democratic Platform: "We will stop the scourge of human trafficking and modern slavery of men, women, boys, and girls. We will use the full force of the law against those who engage in modern-day forms of slavery, including the commercial sexual exploitation and forced labor of men, women, and children... We call for increased diplomatic efforts with foreign governments to root out complicit public officials who facilitate or perpetrate this evil. We will also work to increase the provision of services and protections for trafficking survivors."

Over the past 15 years, substantial progress in the struggle against slavery has been achieved. There is now widespread acknowledgment that a large-scale, global problem of forced labor and sexual slavery exists. The policy and legal framework has altered dramatically, including the U.N. Protocol, the U.S. Trafficking Victims Protection Reauthorization Act and the new or revised laws adopted by many, if not most, countries. Modern slavery and human trafficking are now commonplace as fields of study and research. Somewhat greater resources to fight slavery are available. Significant progress has been made in developing tested, effective approaches for eradicating slavery. According to the Global Modern Slavery Directory, the number of organizations engaged in the fight against slavery now exceeds 2,000 In short, there has been the birth of a global social movement against slavery.

Though the foundation has been laid, we are still at only at the beginning of a meaningful anti-slavery movement. The challenge before us remains enormous, as tens of millions languish in servitude. The global response remains anemic relative to the magnitude of the problem.

When linked to great moral purpose, the power of the United States to lift people up is incalculable. There is no substitute for American leadership - and where America leads, the world will follow. The radical reduction of slavery is a cause worthy of our nation, resonant with our history and within our ability.

On July 4, 1852, Frederick Douglass, the former slave and great abolitionist, gave a speech in which he said, "I hear the mournful wail of millions." He was referring, of course, to slavery in the United States. Douglass lived to see the end of legal slavery in the U.S. But he would, no doubt, be shocked that more than 160 years after he gave that famous oration, the mournful cry of millions still reverberates from every corner of the globe.

By asserting bold and dramatic American initiatives to eradicate slavery, we will hasten the day when the wails of servitude fade into obscurity and our enduring legacy will be joyous songs of freedom.