Gender equality is our goal. 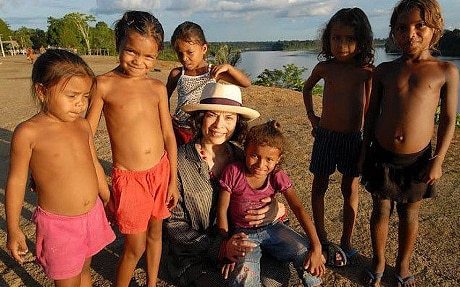 Bianca Jagger with children in Nicaragua

For over three decades I have campaigned for human rights throughout the world. I founded the Bianca Jagger Human Rights Foundation (BJHRF) in 2005 to be a force for change, and a voice for the most vulnerable.  Protecting women's and children's rights has always been at the heart of my work.

Today is International Day for Ending Violence against Women and Girls. Ninety-nine years after women achieved State Voting Rights in 1917 in USA and 88 years after the 1928 Equal Franchise Act that granted women the right to vote in the UK,  we have yet to achieve gender equality. Misogyny and insidious gender bias pervade our society and we are facing a global pandemic of violence against women and girls. It is unconscionable that rape, sexual assault, trafficking, FGM, forced marriage, and all forms of physical and sexual violence and discrimination are still prevalent.

In their book 'Half the Sky,' Pulitzer Prize winners Nicolas Kristof and Sheryl WuDunn state that "In the nineteenth century, the central moral challenge was slavery. In the twentieth century, it was the battle against totalitarianism. We believe that in this century the paramount moral challenge will be the struggle for gender equality around the world."

That is why the BJHRF is launching a global campaign today calling on members of government, parliamentarians, members of religious, academic and financial institutions, the legal profession, the health and business sectors, the fashion and entertainment industries, the art world, individuals and civil society, to effect concrete change for women: to implement the 2015 UN Sustainable Development Goal 5 (SDG Goal 5) and its targets: to 'achieve gender equality and empower all women and girls.'

The recent US Presidential election confirmed our worst fears: misogyny and contempt for women still pervade our society; sexual assault is endemic and often perpetrated with impunity.
According to the UN 60 million girls are sexually assaulted on their way to school each year. Globally, violence is a greater threat to women aged 15-44 than cancer, traffic accidents, malaria and war combined. In the USA 1,615 women were murdered by men in 2013 (the most recent year for which data is available). In the UK at least 127 women are known or suspected to have been killed by men in 2015 - one woman dead every 2.9 days.  100 to 140 million girls all over the world, have been subjected to female genital mutilation.

On average there are 288,820 victims of rape and sexual assault each year in the United States, according to the Department of Justice. Out of every 1,000 rapes, 994 perpetrators will walk free.

In the UK 85,000 women sexually assaulted every year. Conviction rates for rape are far lower than other crimes, with only 5.7 percent of reported rape cases ending in a conviction for the perpetrator.

The SDG targets are at the heart of the BJHRF's mandate. We are urging companies to sign on to the Bianca Jagger Human Rights Foundation Pledge: to blaze a trail by committing to equal opportunity and equal pay; to publicly state that violence, sexual violence, sexual harassment, bullying, exploitation, misogyny and gender bias have no place in our society, to shatter the glass ceiling and enforce equal rights.

For many years the BJHRF campaigned for the inclusion of the 'Missing' Target in the 2000 Millennium Development Goals (MDGs). The MDGs aimed to "Promote to Gender Equality and Empower Women." However, they neglected to include ending violence against women and girls. I am delighted to see that Goal 5, target 2 of the Sustainable Development Goals, (SDGs) includes 'Ending Violence against Women and Girls.'

You can read more about the BJHRF campaign to end violence against women and girls and the culture of impunity target here. 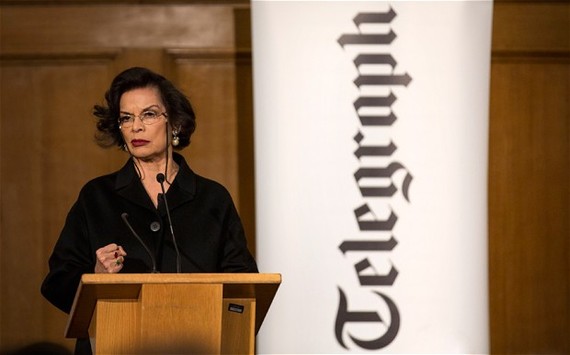 Gender equality is critical to a peaceful, prosperous and sustainable world. It benefits society and humanity at large -- and it is within reach.  Women represent half the world's population and half of its potential.

But gender discrimination is ingrained in all societies. Out of 315 heads of state 22 are women. The highest political office in the United States, President, has never been held by a woman.

Globally, women in the labour market earn 59% less than men. Average overall earnings gap between men and women in the U.S. today is 20 percent, in the UK it 18.1%. It is even wider in the EU at 41.1 percent. Only 4 perecnt of CEOs in the 2016 Fortune 500 are women. Women are disproportionately responsible for unpaid tasks like caring for children, sick and disabled relatives. They are forced to leave their jobs or cut back hours due to inadequate maternity and paternity leave and inflexible work schedules. And they are penalised for doing these things by a discriminatory, biased system that pays them -- and values them -- less.

The further we advance women's status in society, the better off society will be.

There are still 103 million children globally who cannot read and write, and the problem disproportionately affects girls and women.  Two-thirds of the 774 million illiterate people in the world are female.  Improving literacy worldwide will be critical to achieving gender equality. All women should have the right to education, to vote, to own property, have a bank account, sign a contract, drive a car -- and be paid the same as men. Women are entitled to safe and just working conditions -- everywhere, whether in an office or in the garment industry. Globally between 70 and 90 percent of garment workers are women.  They are often low-waged and overworked, sometimes at risk of death in fires and factory collapses, and injuries - from lost limbs to lung ailments. In the U.S., the Department of Labor estimates that more than half of 22,000 sewing shops violate minimum wage and overtime laws and 75 percent of garment shops violate safety and health laws.

In 2013 when the Rana Plaza disaster killed 1,100 people when a factory collapsed in Dhaka, Bangladesh, 80 percent of the victims were women aged between 18 and 20. 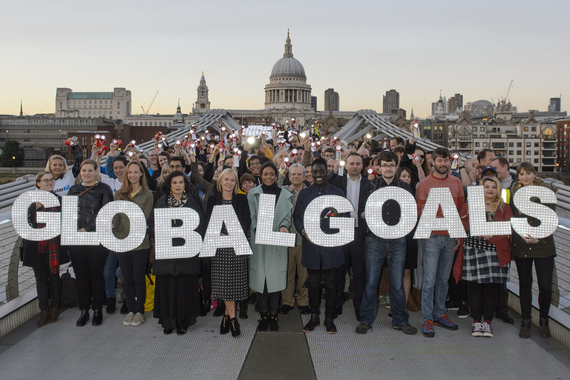 Bianca at the launch of Sustainable Development Goals, London

Gender equality will only be achieved through concrete, courageous commitments to ensure women are empowered at every level, from laborers in factories to leaders of industry. Regardless of where you live, gender equality is a fundamental human right.

There are those who would like to turn back the clock on women's rights, to diminish us, dismiss us: who endorse and profit from the patriarchal culture of impunity, who trivialize sexual assault or claim that is a man's right. It is up to all of us, men and women, to continue to carry the torch for gender equality and denounce violence against women and girls, and bring about a seismic change in society and culture. If we continue to allow women to be devalued at home, at work and in the public sphere, we do an immense disservice to those who came before us, who campaigned, suffered and even died for our hard earned rights. And it will be a great wrong against those who come after us: our daughters, granddaughters, great granddaughters and those future generations who will inherit the world. Please celebrate International Day for Ending Violence against Women and Girls by sharing this article on social media and supporting the Bianca Jagger Human Rights Foundation Campaign to achieve SDG 5 and its targets: "Achieve gender equality and empower all women and girls." I believe we can create a world where all women and and girls are equal and empowered members of society, free from all forms of discrimination.

• End all forms of discrimination against all women and girls everywhere

• Eliminate all forms of violence against all women and girls in the public and private spheres, including trafficking and sexual and other types of exploitation

• Eliminate all harmful practices, such as child, early and forced marriage and female genital mutilation

• Recognize and value unpaid care and domestic work through the provision of public services, infrastructure and social protection policies and the promotion of shared responsibility within the household and the family as nationally appropriate

• Ensure women's full and effective participation and equal opportunities for leadership at all levels of decision-making in political, economic and public life

• Undertake reforms to give women equal rights to economic resources, as well as access to ownership and control over land and other forms of property, financial services, inheritance and natural resources, in accordance with national laws

• Enhance the use of enabling technology, in particular information and communications technology, to promote the empowerment of women