It took journalist Lizzie O’Leary 21 years to be diagnosed with endometriosis, even though her symptoms appeared shortly after her first period. “An entire person could have grown up and legally bought alcohol in the time it took for me to get diagnosed,” O’Leary explained.

The first time I remember knowing something was kind of different than my friends, was when I went to the ER when I was 14. I thought maybe I had appendicitis. I was doubled over, I could barely walk. Lizzie O'Leary

She’s not alone. According to the Endometriosis Foundation of America, at least 200 million women worldwide have endometriosis, an estrogen-dependent chronic inflammatory disease that affects women starting at reproductive age. Tissue similar to the uterine lining grows outside of the uterus, causing painful lesions. According to Dr. Tamer Seckin, a prominent gynecological surgeon who operated on Lena Dunham’s endometriosis, the symptoms can vary widely, but among the most common are severe pelvic pain, loss of quality of life, and sub-fertility.

On average, women suffer with symptoms for 10 years before receiving a correct diagnosis. And even with diagnosis, the pain can continue, since there is no cure for the condition. Dr. Seckin noted that the most common treatments are hormones and the surgical removal of the lesions.

“It’s frustrating because there’s really not a whole lot of solutions out there,” said Noemie Elhadad, a professor of Biomedical Informatics at Columbia University. “Treatments are available, but we don’t know who yet who will respond in which way to what treatments. There’s still a whole lot of experimentation required and it’s really a burden on the patient.”

It was Elhadad’s own frustration with endometriosis, coupled with her research on the intersection of technology and medicine, that led her to study data sets on the disease. She discovered that there was a shocking dearth of information.

“There’s not ton of documentation in medical claims about how many surgeries women experience for endometriosis and what type of surgery is done for them, for example. It felt like we were missing actual relevant data to study better the disease.”

That need for data led Elhadad to create Phendo, an app that allows sufferers to track their endometriosis symptoms, treatments and self-management strategies.

“I want to change the mental model of the way the disease is diagnosed,” explained Elhadad. By asking patients directly to share their experiences, she and other researchers can build catalogs of symptoms, which in turn can help women get diagnosis and treatment at an earlier stage.

Currently Phendo has about 6,000 participants throughout the world who actively engage and track their symptoms and treatments. Besides helping create data for researchers, app users are easily able to reflect on their records and better advocate for their issues at the doctor’s office.

“There’s a lot of evidence by now of gender biases in healthcare where women in general are not being heard when they talk about their symptoms,” said Elhadad.

The phenomenon is exacerbated with endometriosis because the associated symptoms, like pain and fatigue, can sound vague. In her struggle to get a diagnosis, O’Leary went to a hodgepodge of doctors, from gastroenterologists to surgeons to internists. At an early age, O’Leary even brought up the possibility of endometriosis, but gynecologists shot her down.

“And I was actually told, ‘No, you’re too young. It wouldn’t happen to someone your age.’ I think we know differently now, but it’s not like I didn’t raise the question,” she said. “I raised it myself a lot.”

Many women also struggle with sexism in health care, unable to make doctors understand the extent of their suffering. Elhadad is hopeful Phendo can change that.

The app “can show in a very nearly mathematical way, a graph of this is how your pain has been in the past few months, it feels like an accurate description and something that feels so objective about who they are and hopefully a way to get heard.”

Clarification: Language in this story has been amended to clarify what type of tissue causes lesions in endometriosis. 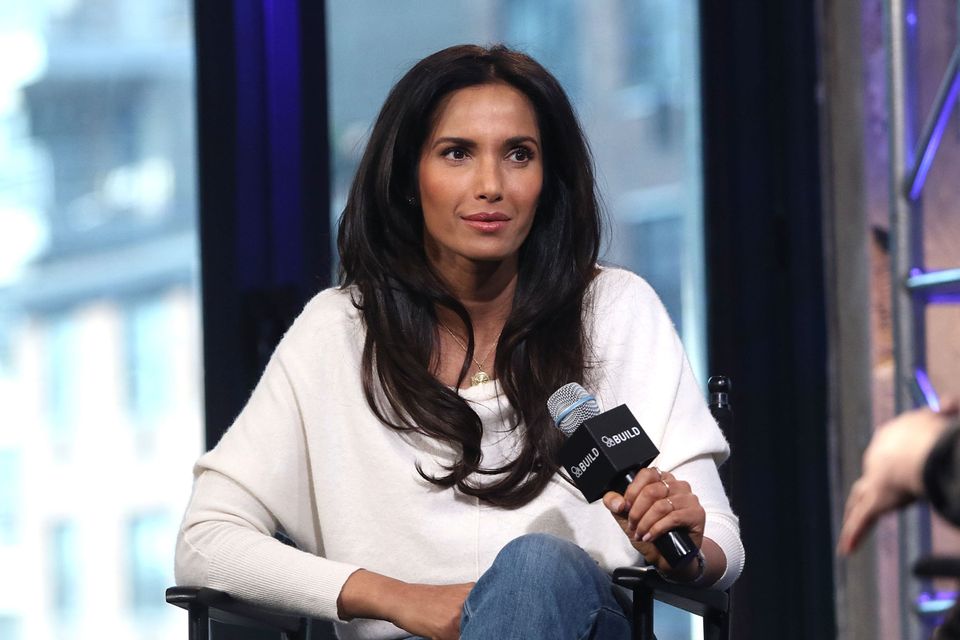 1 / 11
Padma Lakshmi
Lakshmi, who was diagnosed at 36, is an outspoken advocate for education about the disease. She is also the co-founder of the <a href="http://www.endofound.org/" target="_blank">Endometriosis Foundation of America</a>.&nbsp;<br><br>Lakshmi recently told Entertainment Weekly that the condition may have contributed to&nbsp;her divorce from author Salman Rushie.&nbsp;&ldquo;I think, yes, endometriosis was definitely a major reason that my marriage failed," she said.<br><br>"I don&rsquo;t think either of us understood it at the time &ndash; for as smart and intelligent as Salman is. I think that&rsquo;s also because I hid it to a certain degree. Not intentionally, but <a href="http://www.ew.com/article/2016/03/08/padma-lakshmi-endometriosis-salman-rushdie" target="_blank">it&rsquo;s weird to talk about your period all the time</a>. It&rsquo;s the least sexy thing in the world to do.&rdquo;
Laura Cavanaugh via Getty Images