President Obama will be in Cuba from March 20 to March 22, a short window to meet with Cubans from different walks of life who have different perspectives on how we can move forward in rebuilding a productive relationship between the United States and Cuba -- one that is good for both our countries, and that improves the lives of the Cuban people.

Here's a first look at some of the key stops the President will make while in Havana, and why they are significant to both the Cuban and American people:

On the day he touches down in Cuba, President Obama and his family will visit Old Havana. When the First Family visits the Havana Cathedral during their walk, they will be met by Cardinal Ortega, the Latin Rite Archbishop of the Archdiocese of Havana and a Cardinal of the Catholic Church. The Catholic Church played an integral role in supporting the opening between the U.S. and Cuban governments. As Pope Francis arrived in Havana last year on his own historic visit to both Cuba and the United States, he said:

"For some months now, we have witnessed an event which fills us with hope: the process of normalizing relations between two peoples following years of estrangement."

Havana is a source of great pride to the Cuban people. The President will walk past a few places that illustrate the history, cultural significance, and beauty of this historic city, including Havana Cathedral, Plaza de Armas, Museo de la Ciudad, Plaza Vieja, and Plaza de San Francisco. 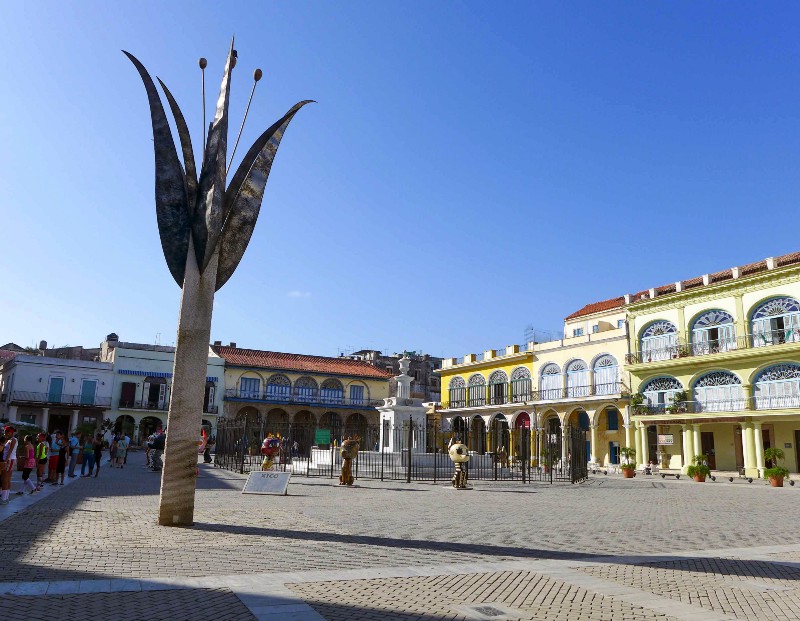 The following day, the President will lay a wreath and sign a guestbook in a ceremony at the José Martí Memorial. José Martí, known as "the Apostle of Cuban Independence," was an influential poet, journalist, and political theorist who became a symbol for the Cuban people's bid for independence. The concepts of freedom, liberty, and self-determination feature prominently in his work. As Martí said: "Liberty is the right of every man to be honest, to think, and to speak without hypocrisy."

Discussion on Entrepreneurship and Opportunity

Our Cuba policy is focused on helping the Cuban people improve their lives. Since charting a new Cuba policy, the United States has made regulatory changes to open up commercial ties between our countries at a time when a growing number of Cubans are self-employed. In Havana, the President will meet with Cuban entrepreneurs, or cuentapropistas, to hear their experiences. The event will include American entrepreneurs who will share their own experiences with their Cuban counterparts and look for opportunities to build long-term relationships. 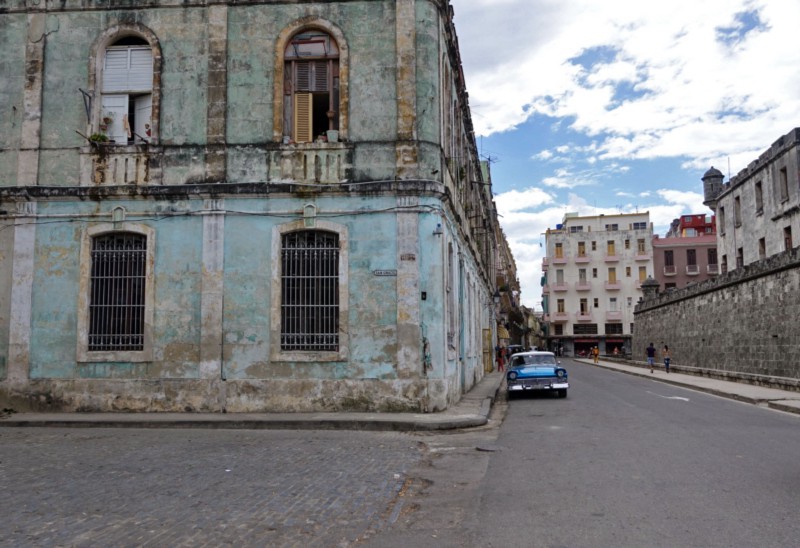 Bilateral Meetings and State Dinner at the Revolutionary Palace

During the day, President Obama will hold a bilateral meeting with Cuban President Raul Castro at the Revolutionary Palace to discuss a full host of bilateral and regional issues. The two leaders will discuss the progress that has been made on normalizing relations, review areas where we can use the President's visit to accelerate those efforts, and have a candid exchange about areas where we differ. Later that evening, the President and First Lady will return for a State Dinner.

Just as he will meet with the government, the President will meet with a group of Cuban civil society, including human rights activists. A critical focus of the President's Cuba policy is our continued support for universal values and human rights -- including respect for the right to free speech and assembly. We continue to have strong disagreements with the Cuban government on these issues, and believe that engagement puts the United States in a better position to raise those differences directly with the government, while also hearing directly from civil society. 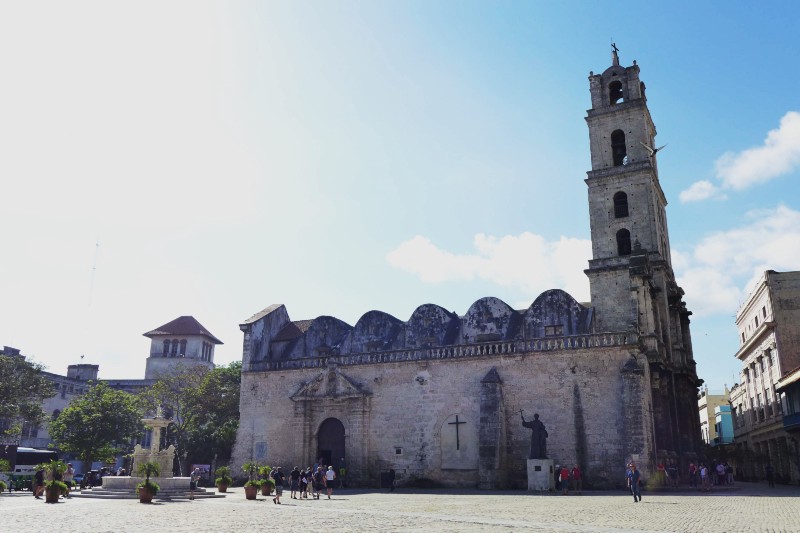 Remarks to the Cuban People

When the President announced a new policy toward Cuba more than a year ago, he said, "America extends a hand of friendship". President Obama will again have the opportunity to speak directly to the Cuban people with remarks at the Alicia Alonso Grand Theater, formerly known as the Gran Teatro de la Habana. His remarks in Havana will underscore that continued spirit of friendship, and lay out his vision for the future relationship between our two countries, and the extraordinary potential of the Cuban people. President Coolidge delivered remarks at the same theatre the last time a sitting president was in Cuba in 1928. 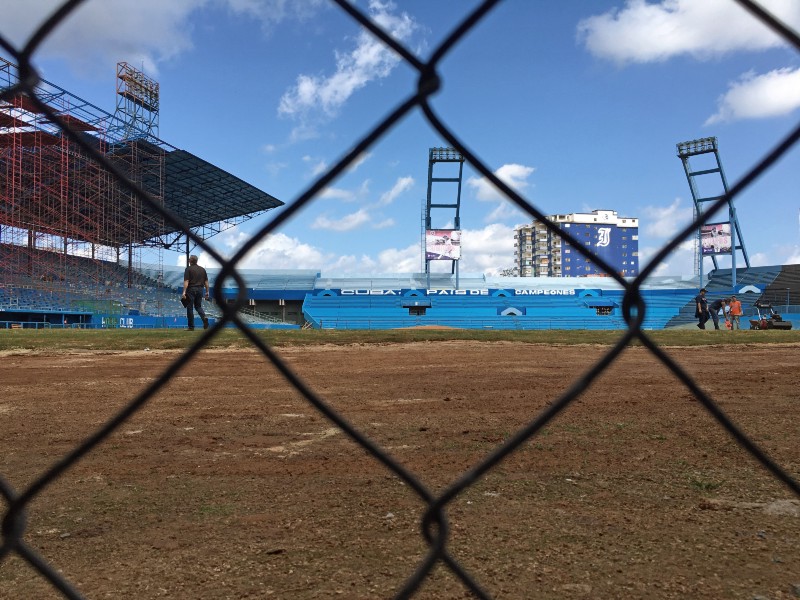 Baseball is a great example of the cultural ties between the United States and Cuba and a powerful reminder of the shared experience between people that transcends our difficult history. The Tampa Bay Rays are traveling to Cuba to represent Major League Baseball in an exhibition game against the Cuban National Team at Estadio Latinamericano, which first hosted Jackie Robinson's Brooklyn Dodgers in 1947. The President is looking forward to the ballgame.

It's a lot to fit into two days in Havana, and charting a new course with Cuba does not begin and end with the President and First Lady's visit. We have confidence that interactions like this -- and between all Americans and Cubans -- will lead to a better future for both countries. 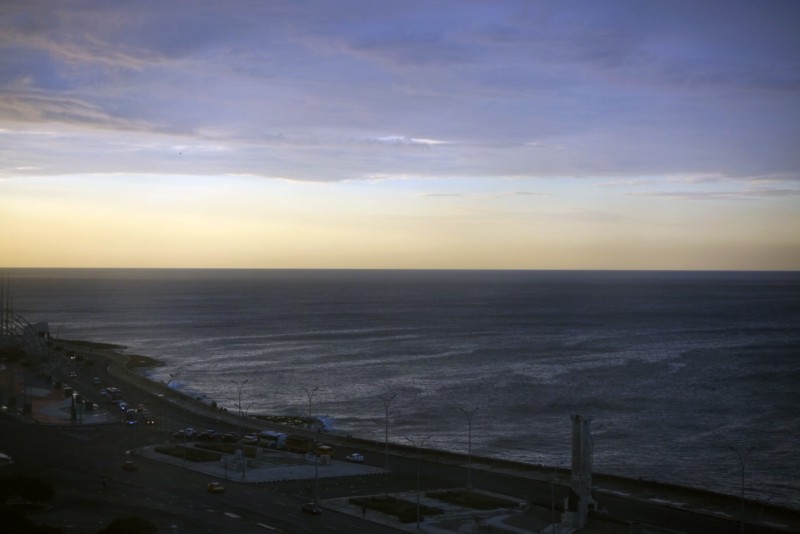