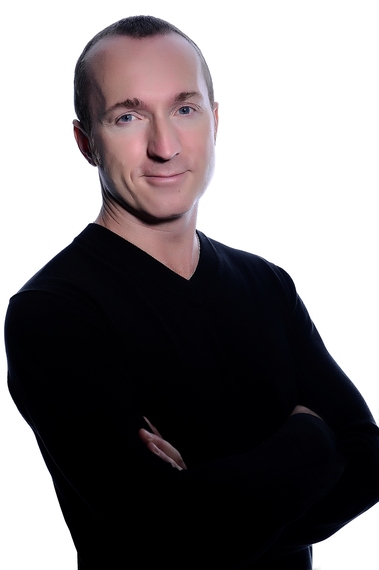 I believe growing up in a large family made me conscious of waste and consumption. Naturally, there were times when we experienced an element of frugality due to our large and demanding household. During these times a degree of creativity was exercised to make ends meet. But as my mother always reminded me 'we never did without'.

The early 1970's were also characterized by recycling with 'hand me down' and mended clothes being the order of the day, as many of you will also remember. Darning clothing and taking your shoes to the local cobblers for repair were regular pastimes. For those that remember and lived in the UK, there was also the popular 'green' sitcom 'The Good Life' which parodied the bohemian lives of some middle class families trying to live sustainably, which I liked to watch.

But having less, in those formative years, allowed me to appreciate the importance of sharing and collaborating for the greater good. In my case, we were a family of seven and when Granny was present there were eight of us all squeezed nicely into a Peugeot 504 family estate car. Growing up with lots of siblings allowed me to reflect on how we can maximize our limited resources for the greater good, and thus, avoid a wasteful existence.

Growing up at the end of the cold war and at a time when the IRA (Irish Republican Army) were active in the UK, made me conscious of conflict in society. The escalation of the arms race and nuclear proliferation impacted on my outlook to some degree, as we lived within close proximity of the largest American listening outpost in Europe at that time called Menwith Hill. These significant threats were just some of the issues which led me to grow into being a very passionate and considered person interested in humanitarian and social issues.

Two of my very favorite quotes are Mahatma Gandhi who once said "Be the Change you wish to see in the World" and Margaret Mead, "Never doubt that a small group of committed people can change the world. Indeed, it is the only thing that ever has."

It really doesn't make any sense that according to a report released by Oxfam last year, the richest 85 people in the world, who could fit onto a single double-decker bus, have just as much wealth as the poorest half of the world. This shock finding from anti-poverty campaigners Oxfam came as world leaders, business chiefs and academics met in Davos for the World Economic Forum in 2014.

So how can we engage the current generation to engage with social movements? The case to act is now urgent. As you probably know, 2014 was the hottest year in 130 years of systematic record keeping. Nine of the 10 hottest years on record have occurred since 2000.

If this wasn't compelling enough, the symbolic Doomsday Clock moved to three minutes before midnight in January 2015 because of the gathering dangers of climate change and nuclear proliferation, signalling the gravest threat to humanity since the throes of the cold war.

Should we be alarmed? Global warming as well as nuclear proliferation seem such abstract notions for the average man or woman in the street, to the extent that they're unlikely to show any real concern unless it makes an immediate and direct impact on their day to day lives.

However, in the midst of all these threats, there are many great social enterprises and grassroots movements emerging such as the Pioneers for Change initiative where ordinary people with extraordinary aspirations can really make a difference.

Although most people are experiencing extreme information overload in their daily lives and finding it difficult to process and manage, the advent of social media has allowed us to engage mass populations around social enterprise, social impact initiatives and climate change through the online content sharing of news.

Most people I know have an almost inseparable relationship with their smart phone and an insatiable desire for content, new images and captivating videos to share. We have all turned into publishers, syndicating news to our respective social and professional networks at the press of a button. The whole world of viral marketing and word-of-mouth citizen engagement is racing ahead in leaps and bounds as the 'sharing' function becomes indispensable to people's daily lives, feeding our social whims and, for many validating our existence as social citizens.

This is all good news for the world of campaigning and capacity building i.e. garnering support around popular issues and creating traction. There is now a burgeoning array of online social movements gaining ground and shifting attitudes including Avaaz.org, Change.org, Sumofus.org, the TckTckTck campaign, 38degrees and the more recent Global Catholic Climate Movement.

The breadth of these organisations like Pioneers for Change and their global reach is a cause for celebration. So the best advice is sign up to these global campaigning platforms so that we can create a fairer, more equitable and more transparent society, because there's just no excuse not to engage in 2015.

About Iain Patton
Iain is Founder and CEO of the Ethical Team. Ethical Team is an engagement consultancy amplifying the sustainability agenda to make it relevant and attractive to people who don't care. It does this by building partnerships, advocacy, outreach and capacity building, stakeholder engagement and challenging business to embed sustainability at its heart. We help organisations pursue large-scale social change efforts, which is the challenge and opportunity of our time. We support initiatives that help create sustainable movements of citizens mobilized to take direct action.