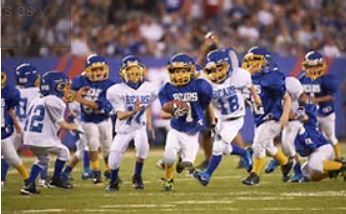 Parents of young athletes, would you consider denying your child the experience of learning through trial and error? Would you cheat the system? Exert control over their destiny? Are you a helicopter parent who manipulates your young athlete's future? Many of those reading this are. And too many don't realize how these behaviors can have adverse outcomes. Some relevant examples come to mind: there's the uncoachable, the entitled, the flame-out. There are many cases of youth athletes who peak before their time or simply burn out before reaching the pinnacle.

An emerging trend in youth sports is redshirting, or holding young athletes back a grade, typically in middle school, to allow an additional year of growth (and maturity). The theory goes like this: An athlete would gain an advantage by virtue of being the biggest and oldest player. Some parents feel redshirting positions their young athlete on the fast-track to high performing college athletic programs. I personally feel it provides a false sense of security.

No one can predict with any degree of certainty the physical attributes of an athlete. Lineage can provide a glimpse of certain characteristics like height and body structure, of course. But there are more important factors to focus on in the development of a young athlete. For instance, it would be more effective to reinforce skills that prepare young athletes for a life after sports.

Let's face reality -- a very small percentage of young athletes continue to play their sport in college. And if you are holding out hope for a professional career, the odds drop precipitously.

If a parent's focus is singular with everything riding on size of the athlete, a great disservice to the child is being done. Raising a well-rounded and conscientious athlete should be the goal. There are necessary life skills that are often completely ignored. Realize putting all your eggs in one basket sets the stage for failure. At some point in time everything equalizes. Young athletes grow into their adult bodies and suddenly the advantage once pursued has evaporated.

Is your child prepared for a life that doesn't revolve around sports? It can be psychologically catastrophic when a young adult experiences failure for the first time. It is how we grow as humans. We stumble. We fall. We get up and try again. Imagine being denied this natural developmental process. One of the most challenging and downright heart-wrenching aspects of parenting is watching, without reacting, when your child fails.

My husband and I experienced the consequences of holding back one of our twin boys. Our son repeated seventh-grade youth football (while still progressing academically as an eighth grader). He was allowed to do this under the auspices of the "older-lighter" designation sanctioned by the youth athletic league. Our son is tall and lean. Other than being the oldest and tallest football player on his team, there was no discernable advantage.

What my husband and I didn't foresee was the opportunity that presented itself. It began with an unanticipated switch in our son's normal wide receiver position by the coach. Our son was directed to line up opposing players who outweighed him by 40 pounds. Weighing more at youth level typically has an adverse effect on speed and agility. My son waited, watched, and executed flawlessly. He rushed right through every open opportunity leading directly to the quarterback.

The opponent's weakness was exposed and our son capitalized. He found another route to success. His tenacity and record number of quarterback sacks earned him numerous accolades. This experience said more about our son's ability and less about his physical stature. Size does not matter. Being passionate does.

Let's break down the facts.

It's been said that girls begin their growth cycle before male counterparts and conclude well in advance of young men.

A male's growth strike zone is between 12 years to 19 years of age. Many unanticipated changes take place as the body expands, coming into its own. Challenges exist for both the athlete and parent(s) as they collectively wrap their minds around the changes. Hormones rage, voices transform, limbs elongate, and feet expand. The male body is morphing.

Instead of allowing nature to take its course, some well-intentioned parents choose to exert control over a process and outcome that is not assured. My feeling is the disadvantages to redshirting far outweigh the advantages.

Time and energy would be better spent on managing expectations while instilling a strong work ethic including honing fundamental skill development, character development, and mindfulness. The most important role a parent can play in their youth athlete's life is being their champion. Sometimes this means allowing the journey to be revealed.