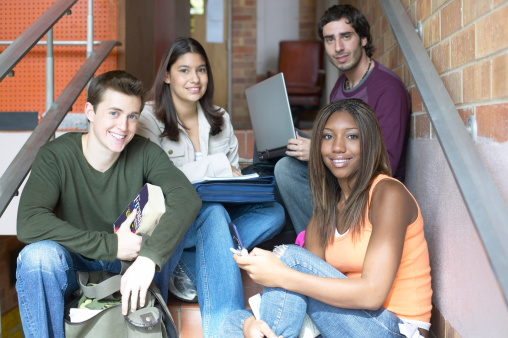 In the U.S. and abroad, calls abound for attracting students to engineering in high school, for providing incentives to students to complete their engineering degrees, and for increasing funding for engineering programs. Why? The argument is simple: we face unprecedented global challenges and opportunities, from the need for clean water and clean energy to fighting cyber terrorism. These challenges demand new ideas, and one obvious approach is simply to increase volume. After all:

In some sense, this equation is hard to dispute. But it misses an equally powerful (not to mention morally necessary) possibility:

In other words, responding to the economic, social, and environmental challenges of the coming century will take more than increased number of engineers. It will require a more diverse population of engineers.

When most people hear the term "diversity," they automatically think of racial diversity. And while racial diversity does play some role in the need to diversify engineering programs (since the vast majority of students are white or Asian males), the reality is that diversity in engineering education goes way beyond race. Currently, there is a limited set of people who even think about engineering as profession. Women, other under-represented groups, and even white males who think of themselves as "creative types" don't believe engineering is a viable option often because the public's view of what engineers do is not clear and the perception of the experience of obtaining an engineering degree is overwhelmingly negative.

But diversity in engineering, and in engineering education, is essential. Diverse perspectives are critical for addressing the multi-disciplinary, global problems we face. Furthermore, research shows that diverse teams are more creative and more effective. If we want to adequately address the world's problems, we need to have a more diverse set of people pursuing engineering. So perhaps it's time to rethink what we mean by diversity. Yes, racial diversity is important, but it's time to expand the diversity of engineering programs to include gender diversity, personality diversity, and aspirational diversity. When we rethink what we mean by diversity, we can change engineering education.

Currently, less than 10 percent of the engineering workforce is female. That's a dismally low number. In order to increase that number, many schools have created special programs that give scholarships to women, which is a rational, extrinsic motivation. While the effort is admirable, it's akin to offering incentives to purchase an unpopular model of car. A better option is to redesign the car to appeal to more people.

The redesigning we need is to make engineering such that it's intrinsically attractive to more people, including women. Of course, this does not mean there shouldn't be any programs to help a variety of people be successful in engineering. The point is that extrinsic motivation is not enough for deep-rooted change. In order for more women to naturally choose engineering as a career, engineering programs and the engineering workplace need to be more welcoming. This is, of course, more easily said than done. People's implicit assumptions about gender are deeply rooted, and most of us aren't reflective about it. But the payoff for making engineering more welcoming is enormous, not only with respect to numbers: a culture that's more welcoming to women can enhance student success (and retention) for everyone, and can also lead to more innovative (and functional) teams.

Debbie Chachra, associate professor of materials science at the Franklin W. Olin College of Engineering, has argued that engineering today is taught almost exclusively as a systematizing discipline. Students march through multiple science and mathematics courses before they begin to "do" engineering, and almost all of the engineering work they do is analytical, focused on the right answer, and devoid of the ambiguity associated with working with real people. So it's no surprise that engineering, as it is currently taught, is not particularly diverse with respect to personality: engineers tend to be S dominant. And prospective students believe that engineering is extremely difficult, all about math and science, and not for everyone.

We need students to hear that engineering is about helping people and society and that it's actually a creative profession -- and we need their experience in studying engineering to reflect this. So the future face of engineering education should definitely embrace the existing student profile, but others need to know there's opportunity for them too. The future of engineering isn't about excluding others; it's about broadening the scope and embracing all types of people.

Aspirational Diversity -- Show how engineers change the world... for the better.

All students have a set of passions that are often outside of the technical realm of engineering. It's time that we recognize and celebrate those passions to attract a more diverse student body.

According to a Harris poll done by the American Association of Engineering Societies, engineers are perceived as being important from an economic perspective, but that they don't do anything meaningful for society. For example, the survey showed that only 28 percent of people believe that engineers are sensitive to societal concerns; only 22 percent thought engineers improve people's quality of life; and only 14 percent of people believe that engineers save lives. These statistics are depressing when you think about the social problems that technology has solved, the ways in which engineering has improved quality of life, and the inventions that save lives every day.

While engineering is about creating new technology, it's also about people, because technology is created to respond to people's needs, and exists in a social context. Engineering programs need to not only embrace this fact, but also promote it and structure the early parts of the program around it. If we show students that they can have their passions and pursue engineering, we'd attract more people to engineering because they'd be able to clearly see how their passions could be fueled. They'd truly believe they can make the world better by getting an engineering degree.

Welcome the Engineers of Tomorrow

When we focus on these three diversities -- gender, personality, and aspirational -- by changing the culture of engineering education, we can attract a broader scope of people to the field. Realize, though, that this goes way beyond messaging. If we only change the message and not the experience and the culture, then we're setting people up to embark upon a path they won't finish. But if we change the culture and what an engineer is in that culture, then we have a real chance for positive and long-lasting engineering education reform.