In the latest effort to spur investment in blighted areas of one of the city's poorest neighborhoods, Chicago plans to sell several hundred properties for the price of a candy bar.

As part of the Green and Healthy Chicago Neighborhoods initiative approved by the Chicago Plan Commission Thursday, the specific Large Lots pilot program will allow qualifying residents and nonprofits to buy city-owned vacant lots for $1 in the Englewood neighborhood on the South Side.

“It’s designed to move vacant properties out of the city’s hands and into private ownership,” Mayor Rahm Emanuel said in a statement. “People can use the land to expand the yards around their homes, to create gardens on their block, or for beautification, housing, or for other purposes.”

The Department of Planning & Development program, part of the mayor's "Five-Year Housing Plan" that was already approved by the City Council last month, could expand beyond Englewood in the future.

The goal, according to the Sun-Times, is to expand it to a 13-mile planning area including some 5,000 vacant lots in nearby neighborhoods like Washington Park, Woodlawn, Fuller Park and Greater Grand Crossing.

To qualify for the "Large Lot Program," applicants must already own property on the same block as the lot they want to buy; they must also be current on property taxes, have no financial obligations to the city (like water bills or parking tickets) and must tell the city how they plan to use the property, DNAinfo Chicago reports.

The city recently previously sold six empty lots at $1 a piece to a developer expected to turn them into affordable housing.

For years, $1 lot programs have cropped up in other cities around the nation. The rules and requirements vary, but what they all have in common is the next-to-nothing price.

When a similar program launched last August in nearby Gary, Ind., Jeffrey Lubell, director of housing initiatives for the public policy and business research firm ABT Associates, told HuffPost Live picking the most blighted neighborhoods is not always the most successful route unless the scale of the program and intervention and investment from a city is significant.

In Milwaukee, the city has sold vacant dollar properties for buyers to build homes on since the mid-aughts, and continues to sell foreclosed properties to qualifying buyers for $1, similar to a program in New York City that aimed to entice developers to rehab blighted properties in Harlem.

Looking to cut down on maintenance and upkeep costs, the city of Warren, Mich. outside Detroit started selling off "odd-sized" lots in 2012. Buyers had to promise not to build another home on the small lots, but were encouraged instead to expand their lots or split them with a neighbor.

Clara Kirk, who runs two women's shelters in Englewood, told DNAinfo the cost of developing a property into something more than a garden or expanded yard could be a problem.

"That's where the expense would occur and I'm not sure if people will have the money to do that. I know I don't," Kirk said.

In 2009, a Los Angeles Times investigation found a dollar homes program by the U.S. Department of Housing and Urban Development showed mixed results, with mostly housing contractors and investors profiting once the lots were re-sold by program applicants.

The Mayor's officer told HuffPost that under Chicago's Large Lots program, applicants would need to own a property for a minimum of five years before selling. 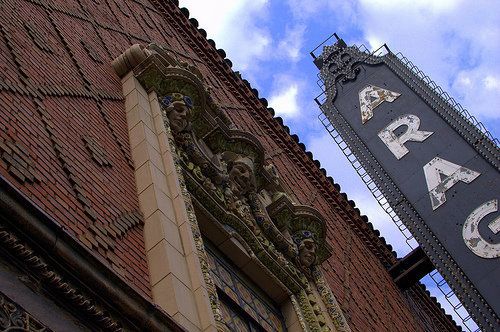