We tap out more messages each day than the one before. We've got SMS, email and online chats -- but channels of communication are always changing. And with their evolution, it shouldn't come as a huge surprise that the language that comprises them is, too. Yep, every email to your mom, tweet to your celebrity crush, and drunk 3 AM text to your friend is changing the English language as we know it.

"Language itself changes slowly, but the Internet has speeded up the process of those changes so you notice them more quickly," David Crystal, honorary professor of linguistics at the University of Bangor, explained to the BBC.

Here's a look at what we've done to our language. So far.

Periods are for haters.

A normal 21st century interaction. But if it had gone like this:

The second respondent would sound a bit aggressive, and all because of a little period. In short lines of communication -- such as a text message or online chat -- we're relying more on line breaks to do the job of indicating a complete thought or sentence. A 2013 American University study of texting habits found that students used periods to end a sentence only 39 percent of the time in texts and 45 percent of the time during online chats (and even fewer used them to indicate the end of conversations).

Periods, while still (obviously) commonplace in any written composition longer than a tweet, have taken on the new responsibility of letting others know you're serious... or pissed.

It's okay to use ellipses everywhere… Kind of…

Hey… have you noticed the way people have been using ellipses lately? They'll just kind of add them… around sentence fragments… so that people can type the way they speak. Typing is much quicker when you don't have to think about punctuating your sentences correctly. Because when you're tapping out over 180 billion emails per day, you've got to take shortcuts somewhere, right? New York University Journalism professor Clay Shirky explained to Slate the proliferation of ellipses in casual (and even some business) communication is just one way to speed things up. “People are communicating like they are talking, but encoding that talk in writing," he said.

Ending a sentence with ellipses also presents a friendlier alternative to the angry period. But it can convey a passive-aggressive or irritated tone that you may or may not intend. Take these two scenarios, for example:

The first is simple and straightforward. The second, however, adds a layer of ominous ambiguity. Yes, but what? Yes, and you don't need to ask? Yes, but you should have asked twenty minutes ago? What did we do? Why won't you tell us?

And everyone likes exclamation points!

You wouldn't want to come off as rude! Everyone from your boss to your mother is likely using exclamation points in his or her emails. But why, exactly, are we all suddenly down with the texting habits of preteen girls?

Maybe it's because digital communication, no matter how advanced the smartphone or fast the wifi, is still a lonesome pursuit between yourself and a cold, soulless machine. Exclamation points and the warmth they convey are a way of injecting some humanity into the process.

They also add some personality. It sounds much better to respond "See you there!" to an email detailing the when and where of happy hour, than "See you there," which is comparatively unenthusiastic. David Shipley and Will Schwalbe explained the phenomenon in their book Send: Why People Email So Badly And How To Do It Better. "Because email is without affect," they write, "it has a dulling quality that almost necessitates kicking everything up a notch just to bring it to where it would normally be."

The exclamation mark can also help us out when someone mistakes our tone for one of sarcasm or artificiality. "Were you being sarcastic?" could be answered with a quick "No!" to emphasize the writer's sincerity. But you still might want to steer clear of using a lot of them in succession!!!!!

*Jumps up and down*

Using an asterisk to set off onomatopoeia isn't anything new -- comic book writers have been doing it for decades. What's new here is the fact that so many people are using asterisks to indicate stage direction in the neat imaginary plays of their lives. Part joke, part quirky storytelling technique, asterisks can be used to set any number of action sequences apart from the main prose.

And of course, they're also a *great* alternative to bolding or italics when use of those emphasizing format tools isn't available. Or when bold, italics, or all-caps seem just a bit too harsh.

*forgets what im talking about halfway through a sentence*

Sometimes it seems like we ask a lot of questions?

More and more, we're typing like we speak. You've noticed, certainly, the way some people will take a statement and end it like they would a question. Linguists call it "high rising intonation" (HRI). It's not new -- we widely attribute HRI to the "Valley Girl" speak that proliferated in the 1980s. But now we're putting it in our writing?

Not academic or professional writing, of course. But maybe we're looking at a new way to indicate uncertainty in our written thoughts?

The history of the English language is filled with lazy shortcuts. We've said goodbye to noun declensions and we've simplified spellings. Did you know Old English speakers would actually take the time to use a different form of "name" to say "His name is Sam" versus "They don't know his name"? Ha! Losers.

The because-noun replaces that second usage. It casts aside excess prepositions and articles to give us a clean, neat, "I'm not hungry because ice cream." No understanding is lost -- we assume the speaker feels full due to the amount of ice cream he or she recently consumed. Saying "I'm not hungry because of the ice cream" is unnecessary. Right now, the because-noun is only really used in speech as an amusing nod to Internet culture, but maybe one day the written shortcut will make a real jump to spoken language. Because logic.

One of the greatest challenges of digital communication has been privacy concerns how to express laughter. LOL and other acronyms were meant to solve the problem, but have only made it more complicated.

You're totally judged based on how you choose to type out laughter. Most of us seem to prefer some version of "haha" these days, but of course that varies based on who your friends are and where they are in the world -- last year, a popular Reddit thread detailed all the ways laughter is typed out on keyboards worldwide. Thai people, for example, use the number five, which is pronounced "ha" in their language. 55555.

While it varies, there have been attempts to nail down the rules of laugh-typing. Katie Heaney over at BuzzFeed attempts to define 42 different ways to let people on the Internet know you're cracking up (or not). But whatever you choose to type, we all know you're not really laughing out loud when you type "lol."

Nowadays, we're all nerds. Some of us have started borrowing from HTML coding, using the forward slash as a way to indicate the end of something. For example, "/rant" means "end rant," or perhaps in the present context, "I'm done going on and on about grammar on the Internet." 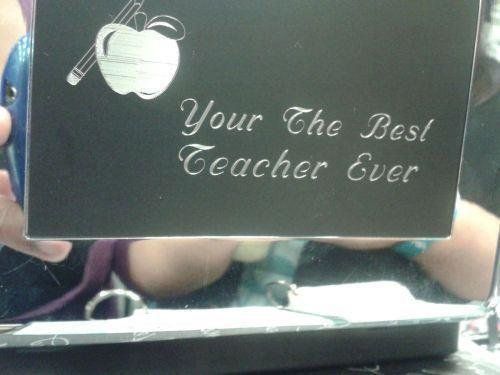