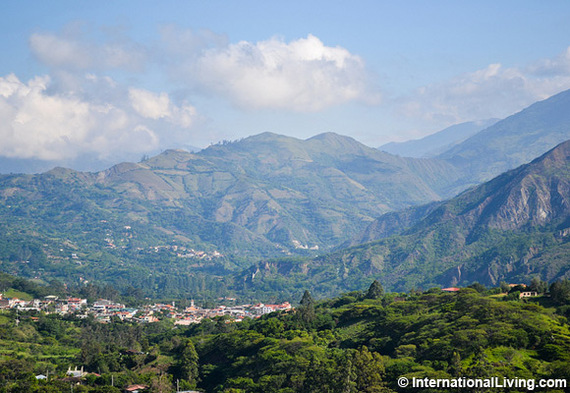 Morning View of Vilcabamba, Ecuador from Surrounding Hills
When my wife, Suzan, and I first moved abroad in 2001, it was a time of extraordinary political turmoil in the U.S.

Or so we thought at the time.

Now, after 15 years of following the political hubbub of our homeland from various beautiful, affordable, and relaxed locations overseas, it seems to us that the U.S. political system is never NOT in turmoil.

These days, it really doesn't matter what side of the political fence you're on. There always seems to be something going on back home that can offend or upset you if you let it.

We don't let it, and for us, that's refreshingly easy to do.

Watching from afar all the divisiveness and discourtesy that now seems to characterize U.S. politics not only lends a lot of perspective to things...it's also very relaxing.

I use the simile of a bar fight.

U.S. politics these days reminds me of nothing more than a brawl between two groups of opinionated patrons who've had too much to drink. They start taking things personally. They abandon reason and logic and simply try to yell louder than whoever disagrees with them. The louder they get, the meaner they get.

If you're inside the bar when the voices rise and the insults and punches start flying, it's hard to maintain your rationality and objectivity. No matter who starts things, if you're in the room, you're automatically involved. Even if you refuse to pick a side, your adrenalin shoots up and you become defensive, because you're as likely to be hit by a thoughtlessly thrown insult, bottle, chair, or haymaker as anyone else in the room.

On the other hand, if you're outside the bar, the whole thing looks like a pointless and potentially injurious waste of time, energy, and good booze.

It's this "outside the bar" perspective you get when you're an expat.

While those inside the bar are yelling, swearing, calling each other rude names, and trying to land punches...those outside the bar are wondering why everyone can't just have a good-natured argument without spilling the drinks, breaking the furniture, and scaring the neighbors.

Don't get me wrong...we expats have our political rows as well. Not a single expat Suzan and I know left their strongly held beliefs and opinions behind when they moved abroad. And no expat we know is shy about telling anyone who cares to listen how they feel about things in the U.S.

However, most U.S. expats we know seem to be able to do this without name calling or resorting to threats. They have a decidedly "outside the bar" perspective on things.

Sometimes Suzan and I share this perspective with some of our friends back home in the U.S. And sometimes we hear things like: "What makes you think you have a right to an opinion about U.S. politics at all anymore? You left the country, so you don't really know what's going on here. You lost your right to talk."

To which Suzan and I usually say, "Au contraire, mon ami."

We have as much right to our opinions and beliefs living in Ecuador as any other citizen abroad, be they a business person, soldier, artist, adventurer, vacationer, or retiree.

That's because we are all still U.S. citizens...a fact sometimes forgotten but many of our friends back on the block. We may live somewhere with better weather, lower cost of living, and more laid-back lifestyle, but we haven't renounced our status as U.S. citizens.

(It's possible to renounce your citizenship, of course, but we haven't done it, and we don't personally know anyone who has. We do know some expats with second passports, which is perfectly legal and, in some cases, can be very beneficial.)

But we and all other U.S. expats we personally know are still U.S. citizens. And where on this big planet any of us choose to spend our retirement or pursue a second career doesn't affect that status in the least.

As U.S. citizens abroad, most of us happily exercise our right to vote, because we care about our home country. We all have family and friends there. We go back for holidays. Many of us still have homes, bank accounts, pensions, investments, and other financial interests there. And many of us will return there after our adventures abroad.

So we take our responsibility to keep up with events back home seriously, and we're serious about contributing our voices and our votes...voices and votes that now come from a global perspective. A more relaxed perspective. A calmer perspective.

Because nothing improves your quality of life like having an adult conversation about politics without worrying about it turning into a bar fight. 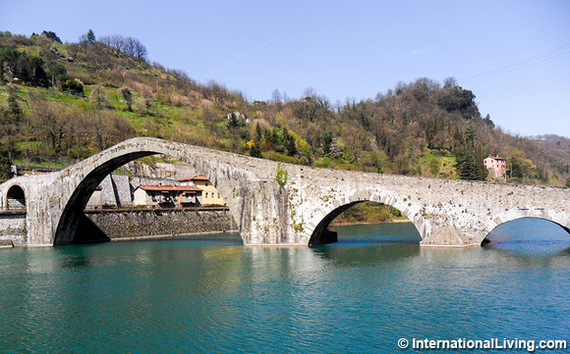 Related Articles
The World's Best Places to Retire in 2016
The Insider Tips You Need To Know To Spend Less in Panama
Test-Drive A New Life in Spain This Year for $2,000 a Month