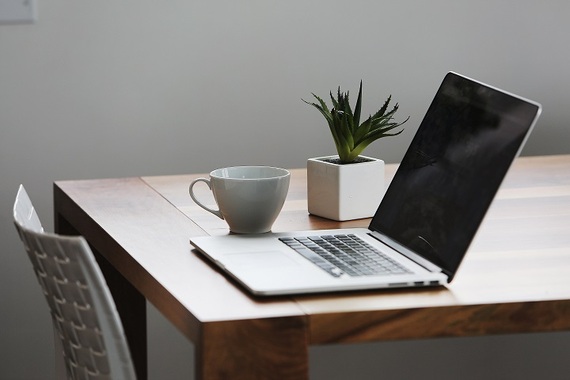 When questioned one too many times about Hillary Clinton's email transgressions, an exasperated Bernie Sanders exclaimed to his opponent, "The American people are sick and tired of hearing about your damn emails!" Like it or not, we'll be hearing ever more about them as Hillary's woes potentially deepen in light of the recent FBI investigation as well as the hacking of one of her volunteers' emails accounts. It's enough for all of us, across the political spectrum, to question how, when and why we rely on this mainstay of communication in our own professional and personal lives. Is email doing us more harm than good? If so, can we go against the grain and minimize its role in our lives?

With security breaches plaguing everyone from Sony executives to the Russian government-hacked Democratic National Committee, the French cracking down on after hours emails, and the rising popularity of apps such as FlipD to give us a break from the never-ending inbox onslaught, could our cultural obsession with email be at the tipping point? Could the days of electronic mail be over, with Yahoo, Hotmail, and yes, even Gmail, relics of the days of internet past, gone to wherever Excite.com was laid to rest?

Grand statements of the demise of email and one of its elemental aspects--the written word--have long been exaggerated. In fact, Facebook's VP of Europe, the Middle East and Africa just predicted that in 5 years time, Facebook "will be probably all video." She explained that video "conveys so much more information in a much quicker period. So actually the trend helps us to digest much more information." While certainly plausible, it's difficult to imagine video completely overtaking the human script we've relied on since 3200 BC.

Nonetheless, the flaws of email as a contemporary means of conveying messages, whether they be animated or static, visual or aural, are clear. As Phil Simon, author of "Message Not Received: Why Business Communication Is Broken and How to Fix It" explains, workers are now spending well over 1/4 of their workday just managing this behemoth. Once a tool for workplace communication and efficiency, email has instead become a time glutton, eating away at 16.8 minutes of every 60, and far more by some estimates. Perhaps this horrifying headline graced your inbox last year: "Average worker spends 6.3 hours a day checking email."

Until a safer and more efficient email 2.0 comes down the pike, email as we know it may be here to stay for a bit longer. The forward-thinking approach may lie in changing our relationship to it. Tethering ourselves to our accounts as a false sense of accomplishment serves only to hinder us, and doing away with the inbox entirely is an unrealistic expectation doomed to failure barring widely accepted alternatives.

A recent NY Post article pitting email traditionalists against resistors reflects the common assumption that those who rely most heavily on email are the more efficient/hard working/disciplined among us. Skipping the out-of-office message, for example, is heresy to personal productivity experts and mainstream business authors.

Yet, email-centrism has a growing cadre of vocal critics, who point out that email often becomes a means of perpetuating what Shareen Pathak of Digiday terms "busyness disease"; inefficient practices we retain for the sake of appearances. As Dave Donars, Chief of Research and Analytics at Brooklyn-Based digital development agency Cardwell Beach puts it, "Email is an essential business tool--but in the pursuit of seeming busy, business culture has turned the zero inbox policy into a badge of honor. We shouldn't heroicize an empty inbox for its own sake because it's an errand, not an accomplishment."

Donars sees email not as a communications tool of immediacy--"that is best left to phone, text, Google hangouts and internal CMS like slack." Instead, he sees the real power of email in its capacity as a time-stamped, accessible archive. "By rethinking the role of email in our lives, it can serve as a vital resource for tracking, organizing and planning, without bogging us down in the fruitless task of attempting to keep up with a tool that should be serving us. Above all else, process is far more important than tools."

Gabe Fenigsohn (@gfenig) is a New York City writer and opiner on media and culture and research manager at Cardwell Beach.

Gabe Fenigsohn is a progressive writer, researcher and opiner on media, brand, and politics.