Co-authored by The Honorable John Edward Porter, U.S. Representative
(1980 - 2001) and Research!America Board Chair 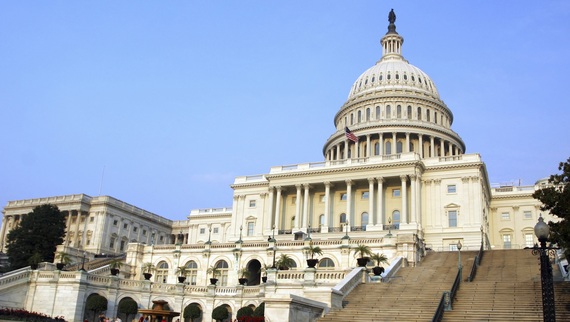 As President-elect Donald Trump and his advisors map out an agenda for the new administration's first 100 days and beyond, an issue that deserves significant attention is the future of our nation's scientific enterprise. How do we ensure medical progress continues at a rapid pace to improve the health and prosperity of every American and maintain the country's leadership in science and technology?

Scientists and advocates for research can play an active role in influencing the trajectory of our enterprise, but we cannot do it on the sidelines. The time is now to engage the Trump transition team, newly elected members of Congress and incumbents.

Research for health unequivocally unifies a large majority of Americans regardless of party affiliation or race. Nearly 80% of Americans say it is important for the next President and Congress to assign a high priority to putting health research and innovation to work, according to a national survey commissioned by Research!America. A strong majority (81%) say medicines available today have improved their quality of life and even more (91%) say it is important to develop better medicines for conditions we currently treat.

President-elect Trump is taking the reins of a country that believes in the promise of medical and health research. He should act quickly to embrace the public's hopes and expectations and engage in substantive conversations with scientists and knowledgeable congressional champions on both sides of the aisle who have a finger on the public pulse and know that more resources and smarter policies add up to better treatment, cures and prevention of devastating diseases like cancer, Alzheimer's, and obesity, conditions that afflict Americans in red, blue and purple states. The opioid crisis, an epidemic striking at the core of communities nationwide, is the leading cause of accidental death in the United States. And deaths from antibiotic resistance are rising at alarming rates.

The opportunity exists for our new president to engage stakeholders across the research ecosystem who are ready to work with him on policies that will ultimately benefit patients. Appointing leaders with strong scientific backgrounds to key positions including, but not limited to Science Advisor, is a step in the right direction. Ensuring science, technology and innovation, and public health are important parts of a rebuilding America infrastructure bill is another major step. Tax reform policies that support private sector innovation and remove barriers to bringing treatments to market faster should be a priority along with increased funding for the federal health and science agencies.

In shaping policy, scientists are saying, look at the evidence. Decades of scientific pursuits and discoveries in laboratories across the country have benefited not only the health of Americans, but the economy and our talent pool, providing high paying jobs and bringing the best scientists in the world to the U.S. to study and pursue careers. Today, innovative research such as precision medicine is uncovering new ways to fight complex diseases, bringing us closer to tailoring treatments for individuals.

Americans say they want and expect medical progress to continue. They've placed their trust in the President-elect and Congress to make it happen: give us what we all deserve, a unified, positive approach to science and innovation to help, as the president-elect has stated, make our lives "better, safer and more prosperous."